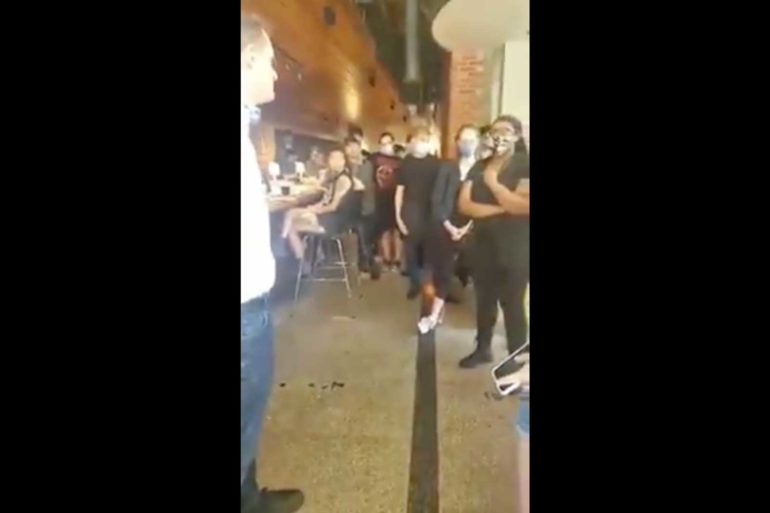 To say that tension in Columbus is high, would be an understatement.

The death of George Floyd has started a watershed moment of so many people demanding change from infatuations of power. That has taken the form of police reform or outright abolition of police, but also an examination of the values that we as a society hold.

People have watched videos of protestors online, and have seen police departments across the country (not just Columbus!) attack protestors. As such, many are asking where local businesses stand. For many, merely making a statement isn’t enough. These statements have to be backed up with actions.

It started with Condado — sort of.

As many local news outlets (and some national outlets) have reported, Condado Tacos landed in hot water with their staff after a catering order came into the Polaris location to make tacos for police officers. The staff, many of whom had seen the abuse on protestors, refused to make the order.

According to them, they were threatened with termination. So the entire staff walked out in protest.

Condado has since backtracked, closed their restaurants for a day, and said that those who walked out are still welcome to their jobs. For some, that’s not enough. Their social media posts are still full of people saying they’ll never eat at Condados again.

But it isn’t only Condado.

A week ago, a list of local Columbus restaurants had made its way on a Fraternal Order of Police website. This list, shared widely on social media, was often accompanied by a post that said “these businesses support police!”

And thus, the onus was on the business to prove otherwise.

Lavash Cafe in Clintonville found themselves on that list.

They quickly went online, posting on their Twitter account that had been inactive since 2014. On June 3rd they posted:

“This is new to us and according to the site, anyone can add to this list. As a minority-owned and run business, we have spent the past 12 years trying to implement positive change in our community. Please reach out to businesses and fact check. We love and appreciate you. ❤”

Lavash Cafe asked to be removed from the list.

Northstar, Brassica, and Third & Hollywood had also found themselves on the list.

Initially, many people thought a similar situation to Lavash Cafe — an accidental inclusion on the list. After all, many people had seen Northstar giving out water to protestors, and they had posted statements supporting the protest.

But is that enough?

Northstar (and it’s associated Brassica and Third & Hollywood) had a policy of offering a discount of 50% off to uniformed police officers. Employees asked for this policy to be rescinded. Employees also spoke about feeling unsupported by Northstar management when dealing with racism on the job.

Here's the co-owner of Northstar talking down to a Black woman because he volunteered with cops in a program Obama liked. pic.twitter.com/JKTDAIWWIW

When directly asked about rescinding the discount for police officers, Darren Malhame, co-owner, is seen on camera relating his experience with “good cops” in a low-income neighborhood in Chicago. Ultimately, he declined to rescind the policy of offering a 50% discount for uniformed police officers.

In protest, the entire staff walked out.

It’s a disaster. But is it unexpected? Probably not.

The violence and brutalization of protestors have a lot of people thinking. Is it enough just to post a black square and a hashtag on social media? Is handing out water to protestors enough to say you care about ending police brutality? Is having a black muralist paint your boarded-up windows enough to show everyone you care?

For many, the answer is no.