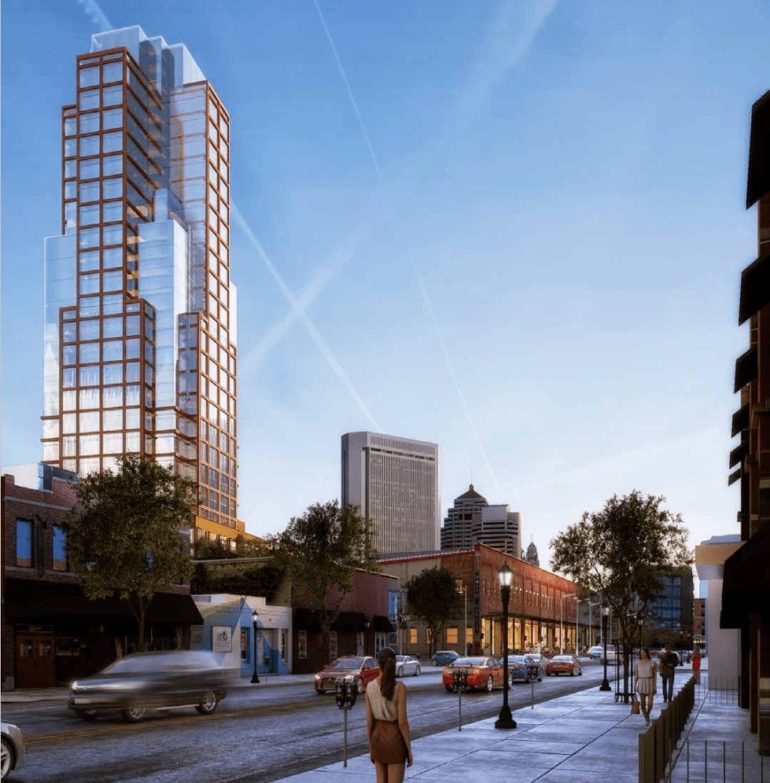 Towering Over The North Market, A New Mixed Use Facility Will Be Built Downtown

In just 12-15 months, a massive project will begin at the North Market downtown. A 35-story building will now find it’s home in front of North Market. Called the Market Tower, the building will incorporate the existing North Market building, aiming to add and expand the bustling downtown icon into the new facility.

“The naming of this development as Market Tower meant so much to me. We’ve been called the Short North, the Arena District, the Cap, but truth be told, we have always been the Market District,” explained Marty McGreevy, a North Market merchant. “We moved into this building over 20 years ago with high hopes for the Market District. Within 10 years, we found ourselves surrounded. We were an island in a sea of bars. It’s not easy to sell fish, raw chicken, produce, etc, when your crowd doesn’t show up until 9 p.m.”

“Having people living and working next door, and hopefully using us as a source for their daily food and cooking needs, will help what is truly the soul of this market, the fresh,” she explained.

When it comes to making big changes to a place like the North Market, having the community on board is one thing. But having the vendors and merchants involved was just as important to the development team. “We started this process with a meeting with the merchants. And we came to this phase, we entered this phase first with another meeting with the merchants, said Steve Schoeny, Development Director from the City of Columbus at a press conference this morning. “Along the way, they have consistently questioned, and challenged and engaged with us- in a way that has really made this project better.” 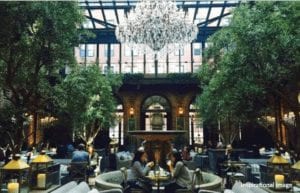 The city was heavily involved in the planning. Mr. Schoeny says that vendors are being consulted on how to ensure that business remains unaffected during construction of the 100 million dollar project.

The tower will include residential facilities, offices, as well as retail and restaurants. The timeline for Market Tower is nothing if not optimistic, with a groundbreaking slated for March of 2018.

Construction will likely face some challenges as the site used to be a public cemetery, and remains are expected to be encountered during the building process.

Are you excited for these North Market updates? How will a 35-story tower look attached to the iconic building? Tell us on Facebook or Twitter