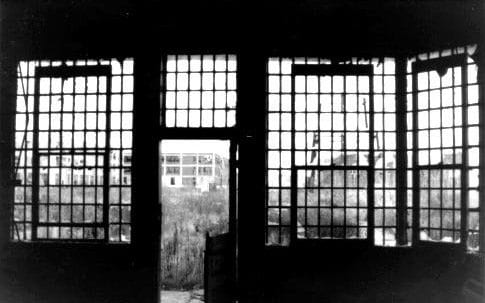 On April 21, 1930, a fire started in the heart of Columbus that would rock the city and horrify the entire nation.

What are we if not our history? It molds us into who we are, it teaches us the lessons we’ll need to carry us into the future, it provides a guide on how to improve and sharpen ourselves. Without a sense of history, we doom ourselves to a cycle of self-determined destruction, willfully accepting our flaws with no hope of becoming anything more. That’s why a history forgotten isn’t just an unfortunate accident, it’s a willful act of fear. It expresses a desire to remain innocent in ignorance, to stay stagnant in the face of change.

Columbus is very much a city of progress. We’ve become a haven for innovation and change, drawing many millennials and forward thinkers to its urban landscapes and sprawling suburbs. That’s why it’s important for a city marching ahead as quickly as ours to understand its past, to forgive itself for its transgressions, but to never forget them. Within our city’s dense and layered history stands one such moment. A day that would live in infamy if only it were ever remembered.

In 1834, 180 years ago, where the Nationwide Arena sits today, the Ohio Penitentiary opened its doors for the first time to the guilty and incarcerated. A stoic, dull brown building spread across 22 acres of land, it was an unsightly beige blight right next to the heart of the city.

For decades, the damned and the unlucky found their way behind its iron bars. The whole building and every prisoner that ever crossed its gates seemed cursed with a troubled and sordid past. In 1849 a cholera epidemic swept the jail, killing 121 convicts. It was also host to several riots, one on Halloween in 1931 and another in August 1968. In the 1950s, a virologist by the name of Chester Southam, injected live HeLa cancer cells into several inmates to see if they could develop an immune response to cancer. The scientists later admitted that they were aware of the possibility that the subjects could develop the disease themselves. It caused quite the controversy and raised questions as to the ethics of informed consent and of “non-maleficence” or “the consideration of possible harm that might be done as opposed to doing nothing at all”. Over time the prison grew a brutal and primitive reputation. In 1893, the superintendent wrote, “Ten thousand pages of history of the Ohio Penitentiary would [not] give one idea of the inward wretchedness of its 1,900 inmates. The unwritten history is known only by God himself.”

Despite the prison’s entire dreadful existence, there is a day of tragedy that stands apart from the rest. On April 21, 1930, while construction crews were building an expansion of one of its buildings, a fire broke out on the scaffolding. A blaze quickly encompassed the compound and pandemonium let loose on some 800 inmates locked in their cells. Desperate screams from smoke filled lungs echoed the corridors but their anguish fell on deaf ears; the guards refused to free them. Instead, they condemned them to die, weighing their lives as unworthy, not just for salvation, but for basic mercy. Soon a local battalion of 500 armed soldiers set up machine guns and loaded rifles, leveled at the inmates in warning. Not one of these men helped them to escape.

If it hadn’t been known before it quickly became clear to the inmates just where they stood in society. That a system built for rehabilitation served only as a cautionary tale for the rest of the outside world. They could be used as a sort of moral compass to guide their fellow man of whom not to become. But these men were irredeemable now. The prisoners knew, if they were going to survive, it would have to be done themselves.

A handful of the few that had managed to escape being locked in, overpowered a guard, stealing his key and dashing back into the flames. They unlocked as many cells as they could and as they went along the other inmates helped carry the injured, attempting to put out the flames and saving as many as they could.

Another man, Charles Himes, was also a prisoner during that time. An East High School graduate and one-time OSU student, Himes dropped out of school due to what he saw as elitism and racial prejudice, soon he fell in with a bad crowd and found himself sentenced for armed robbery. Himes bore witness to the atrocities and compassion the day of the fire and wrote this, “The sights of convicts who were in for murder and rape and arson, who had shot down policemen in dark alleys, who had snatched pocket books and run, who had stolen automobiles and forged checks, who had mutilated women and carved their torso into separate arms and legs and heads and packed them into trunks- now working over time at their jobs of being heroes, moving through the smoke with reckless haste to save some other bastards worthless life. White faces gleaming with sweat, streaked with soot; white teeth flashing in greasy black faces. All working like mad at being heroes, some laughing, some solemn, some hysterical- drunk from their momentary freedom, drunk from being brave for once in a cowardly life.”

Himes wrote that while he served out his sentence in the Ohio Penitentiary and it was published in Esquire Magazine. He had named the piece, “To What Red Hell”. A seemingly appropriate title for the blaze that took the lives of 322 inmates. It was the worst prison fire in world history until a fire in a Honduras prison took the lives of 356 people. That was in 2012.

What’s curious about Chester Himes’ account of the penitentiary fire is that, unlike most of his later works, he rarely mentions race at all. Instead, he comments on humanity as he witnessed the core of its truth. He saw the evil, the darkness, the fear, the cowardice, the bravery, the hope, the virtue, and the light. And he saw them all regardless of race. This epiphany spoils Himes, for years after he leaves prison he is constantly disappointed in America’s inability to separate itself from its fixation on race, eventually prompting him to leave the States entirely for France. There, he experienced the literary fame and equality he had been starved for at home.

There are two different theories on what caused the Ohio fire. One states that it was a complete accident. That, somehow, flammable materials caught flame and that it spiraled out of control from there. Another speculates that it was set by a group of prisoners attempting to create a distraction to make their escape. Two of the three suspected men later took their lives, furthering speculation of their complicity.

In the fallout of the prison fire, it was determined that overcrowding had been to blame. Though it was built to hold 1,500, at the time of the fire it held 4,300. The Ohio parole board was formed almost immediately after and regulations were put in place to curb jail numbers, such as repealing minimum sentencing.

Today, the current state supermax penitentiary in Youngstown is built to house 502 inmates, a drastically lower headcount than its older, more intolerant sibling. And while many strides have been taken toward a better and more just criminal rehabilitation system, there are still many more to take. Prisons are still being filled to the brim and the criminal justice system still insists on mandatory minimums.