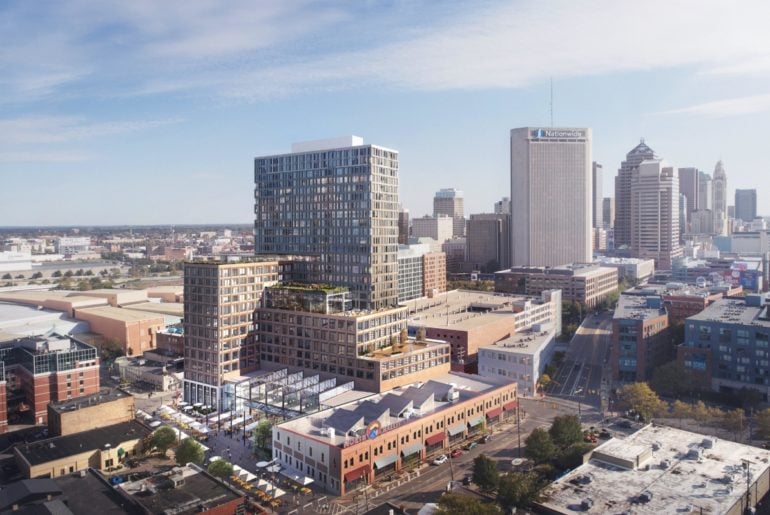 Ch-ch-ch-changes are coming to the North Market!

Some of you probably remember when North Market Tower was announced back in 2017. The 35-story building was supposed to be towering over North High Street and the original plan included residential and retail spaces.

But now, a new version of the development has been approved by the North Market Development Authority and will be heading to the Columbus City Council later this month. If all goes well, and the project secures approval from both the North Market Historic District and the Downtown Commission, construction could start on the new mixed-use building next summer. 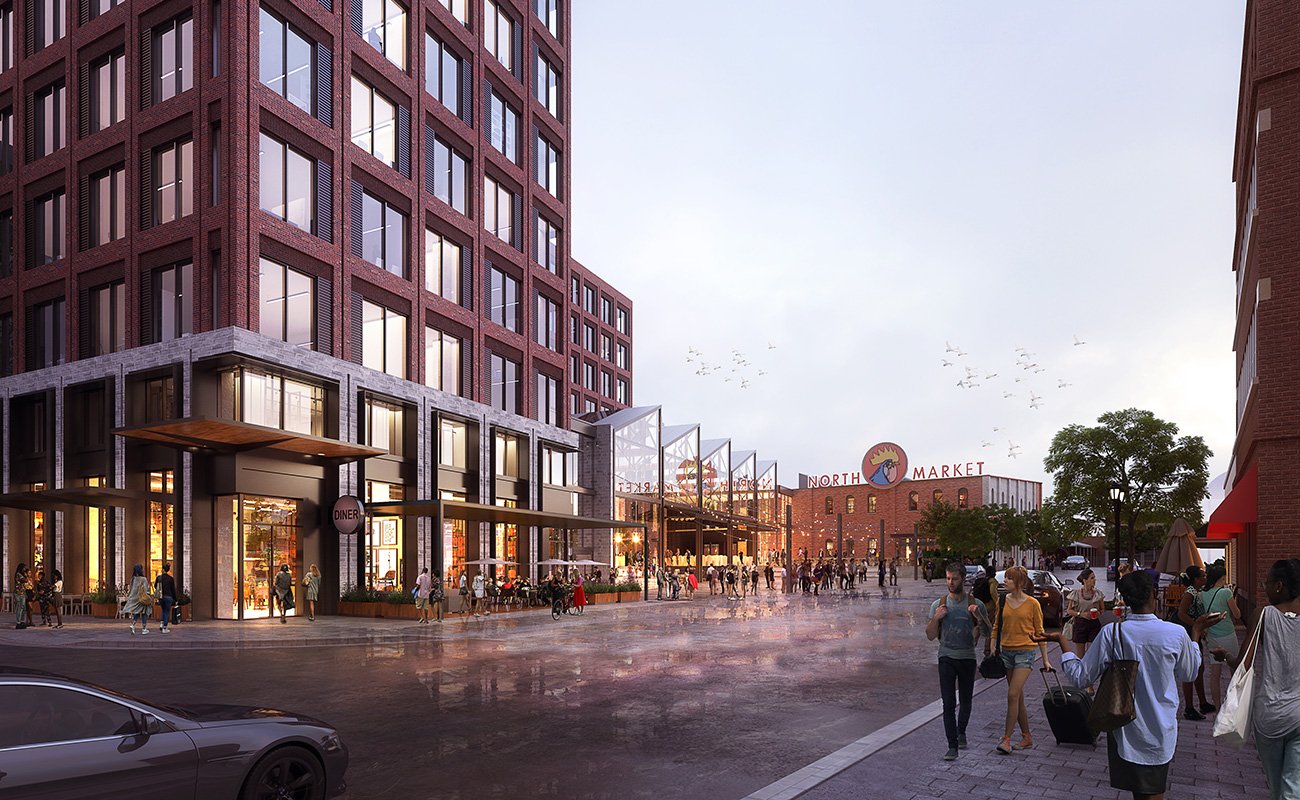 North Market Mixed-Use Project, which we’ll admit doesn’t quite have the same ring as North Market Tower, will be a 28-story, 600,000 square foot development that is expected to cost around $192 million.

“The partnership between public and private entities also helps with the region’s need for housing Columbus residents can afford, as well as hotel space for visitors, ensuring the site remains vital to the continued growth of the city,” Mayor Andrew Ginther said in a statement.

The development will include around 11,000 square feet of new market space, divided between new space for merchants, public and event space, and outdoor space. There will be restaurant and bar concepts, as well as indoor/outdoor facilities, a rooftop venue, and a wellness facility. 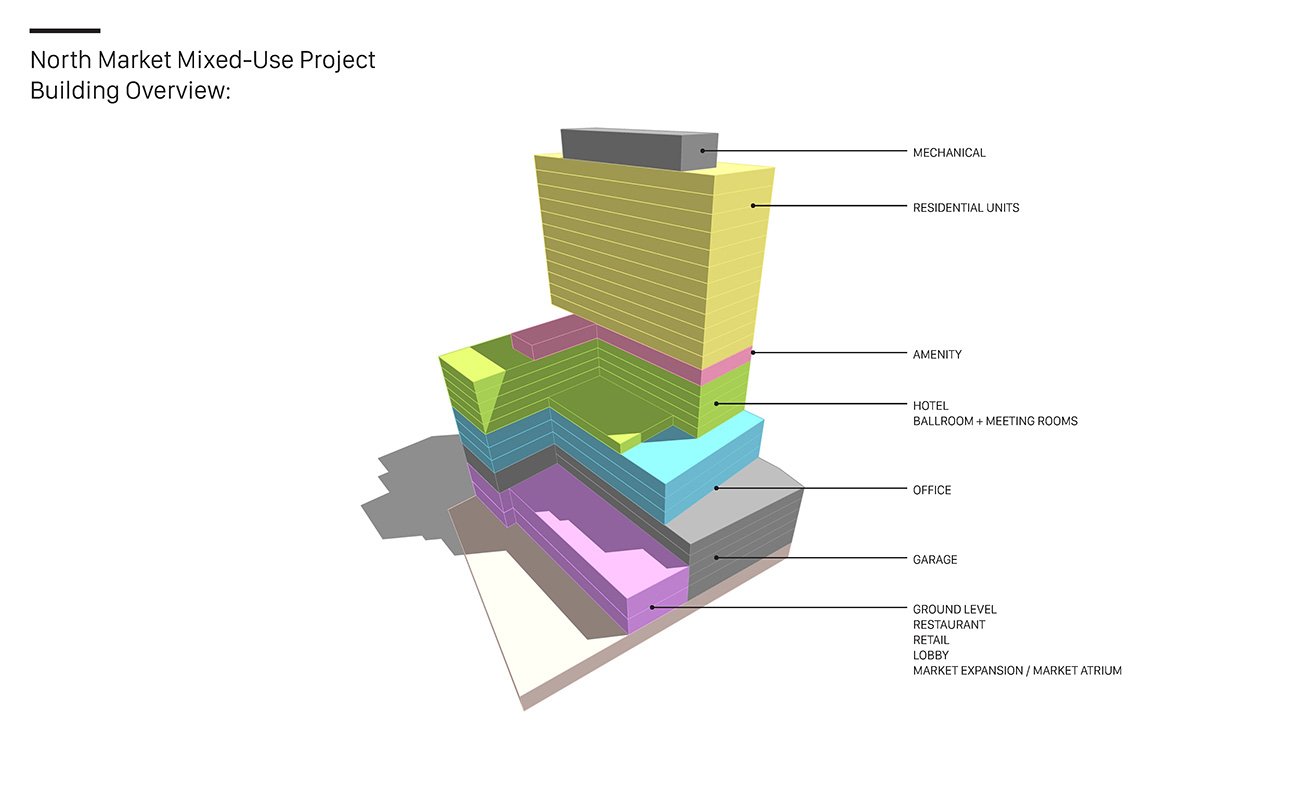 The new North Market project will also include a 210-room boutique hotel operated by Rockbridge. Additionally, there will be 150 residential units, 90,000 square feet of office space, and a 352-space parking garage!

“The North Market must continue to be an evolving institution to stay relevant and prosperous,” Rick Harrison Wolfe, the North Market’s executive director, said in a statement. “This project will provide financial stability, expand merchant space, and provide more space for the public to engage with the market and our merchants.”

The project is slated for construction right around the same time as the new Hilton addition at the Convention Center and is expected to bring over 1,000 construction jobs to the city.

I don’t know about you, but I’m ready for these additions to our skyline. Look out world, Columbus is on the move!