The 10 Tallest Buildings In Columbus

As we’ve said before, we are big fans of the Columbus skyline.

In the 1970s and 1980s, the capital city saw a huge boom of skyscrapers. In fact, 70% of the buildings on this list were constructed between 1970-1989. After that, the city saw a massive decline in gravity-defying architecture.

From 1990-2010, the city only added four new high-rises that cracked the Top 20 tallest buildings throughout the city. But since 2011, the city has seen a resurgence in multi-story buildings.

So before we get another skyscraper added into the mix, let’s enjoy the 10 Tallest Buildings in Columbus while they still hold their title. 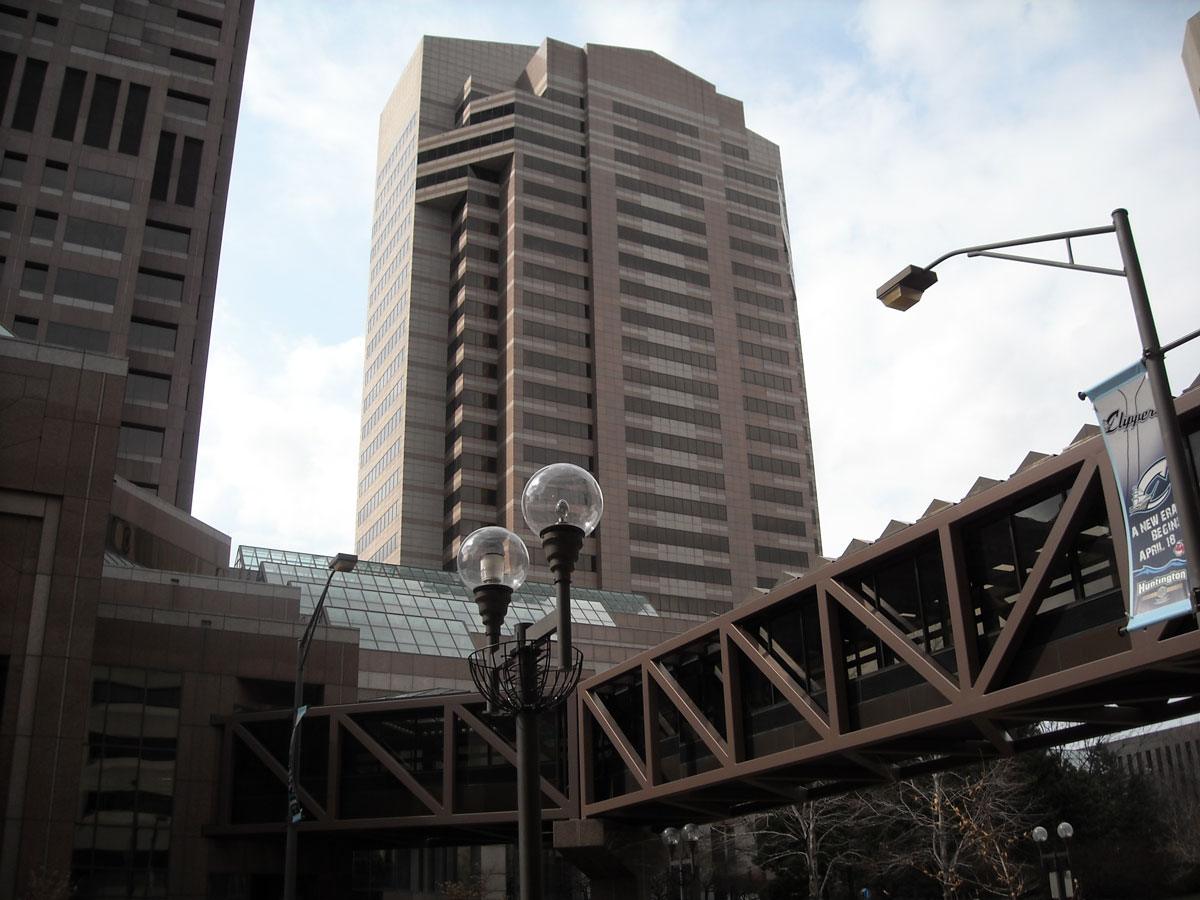 Height: 438 feet
# of Floors: 34
Year Built: 1974
Building Cost: Unavailable
Fun Fact: The Borden Building was built by architecture firm Harrison & Abramovitz, who built some of the most notable buildings throughout the North East and Midwest. Other buildings on their resume include 525 William Penn Place in Pittsburgh, PA, Corning Tower in Albany, NY, and Erieview Tower in Cleveland.

Height: 456 feet
# of Floors: 31
Year Built: 1983
Building Cost: $88,000,000 in 1983
Fun Fact: The AEP Building has served as the national headquarters for American Electric Power Company since it’s completion in 1983. In 2001, the building earned a LEED certification from the U.S. Green Building Council, a council that certifies the greenest-performing buildings in the world.

Height: 464 feet
# of Floors: 27
Year Built: 1991
Building Cost: Unavailable
Fun Fact: This building complex hosts most of the Franklin County Judicial facilities, including the Municipal Court and the Hall of Justice.

Height: 485 feet
# of Floors: 40
Year Built: 1976
Building Cost: Unavailable
Fun Fact: One Nationwide Plaza hosts the corporate offices of the Nationwide Insurance Company. The building is one of the most recognizable in the city skyline, often displaying messages using the lights from different floors and offices to spell out messages.

Height: 512 feet
# of Floors: 37
Year Built: 1984
Building Cost: Unavailable
Fun Fact: In the 1980s, the Huntington Center at Huntington Plaza was the tallest building built during the entire decade. It’s distinctive shape stands out in the skyline, mimicking the outline of the state of Ohio.

Height: 530 feet
# of Floors: 33
Year Built: 1990
Building Cost: Unavailable
Fun Fact: Like most buildings in Columbus, architects NBBJ, Prindle, Patrick & Associates designed the William Green building in the post-modern style. It’s now home to the Ohio Bureau of Workers’ Compensation, as well as many other tenants.

Height: 555 feet
# of Floors: 47
Year Built: 1927
Building Cost: $7,800,000 in 1927
Fun Fact: Exactly one foot taller than the Washington Monument in Washington D.C., the LeVeque Tower has a rich history here in Columbus. At the time of its completion, it was the 5th tallest building in the world. It remained the tallest building for nearly 50 years, until the completion of the Rhodes Tower. It’s art deco design is truly unique in the city, and the new Hotel LeVeque just opened, fully inspired by the architecture of the tower.

Height: 629 feet
# of Floors: 41
Year Built: 1973
Building Cost: $66,000,000 in 1973
Fun Fact: The Rhodes State Office Tower is not only the tallest building in Columbus, but the 5th tallest building in the state. The 41st floor used to be home to a Peregrine falcon family who even had their own webcam.

Where To Have Breakfast With Santa Around Columbus 2022

Where to Get The Best Hot Chocolate In Columbus