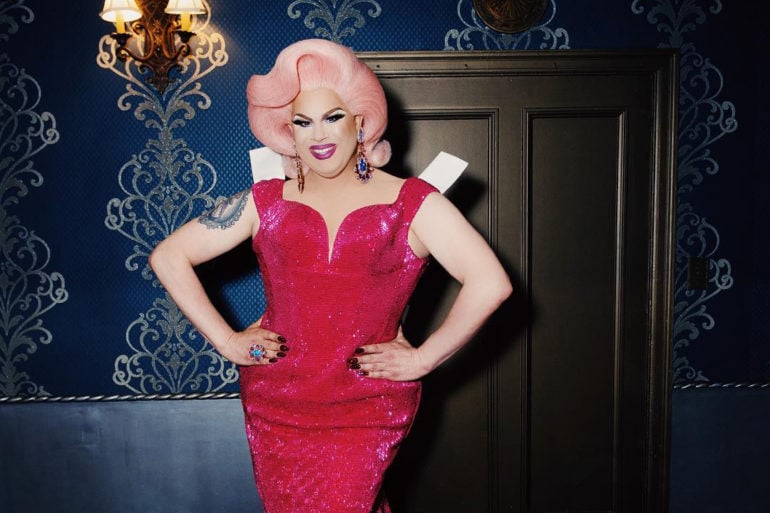 Kindness Is King And Love Leads The Way

When I look back on my life, I hope that I can say, “I lived a life Nina West would be proud of.”

Nina, aka the pride of Columbus, was named Miss Congeniality at the Season 11 finale of RuPaul’s Drag Race last week. This came as a surprise to absolutely no one, as it was clear from day one that she was going to be the one to beat for that particular honor.

Her acceptance speech, in true Nina fashion, was both heartfelt and hilarious.

After the “meh” heard round the world, Nina went on to say,

“Kindness is king and love leads the way. I cannot thank you guys enough for this.”

During the course of the show, the whole world has had the chance to see the role model and activist we all know and love. From politicians to comedians to everyday fans, Nina showed exactly what you can achieve when you live your life with kindness.

In our house, we name a Queen of Hearts 👑 @NinaWest that is YOU!

Thank you for being a relentless example of kindness, consciousness, compassion, and courage.

Thank you for using your gifts to focus on voices + issues that deserve all the shine and elevation in the world. 🌎🏳️‍🌈 https://t.co/Mxc4O9Y56n

It would be the best of both wields I think!! Cause you can slay in drag and out boo!!!

And the love only grew once she was named Miss Congeniality!

YOU are magic, miss nina. you deserve this and so much more. you truly are the pride of season 11 and we love you infinitely.

If you don't love @NinaWest then you are dead inside and I want nothing to do with you. #DragRace #NinaWest

We could do this all day.

As for what comes next for Nina West, there are a few dreams we can all get behind. Nina just released two albums, one is a comedy album called John Goodman, and one is a children’s album called Drag is Magic.

So long story short, Nina West is making big waves. From all of us here at Columbus Navigator, we just wanted to say that we’re all so proud of you, Nina. We couldn’t have asked for a better representative of our city and we can’t wait to watch you rise!