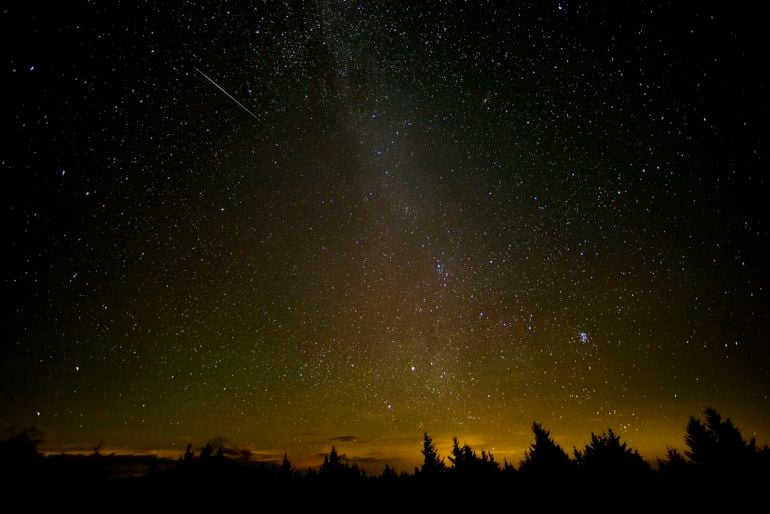 Photo by Bill Ingalls via NASA on The Commons

If you haven’t been outside late the past few nights, you may have missed the fact that there’s an incredible meteor shower happening.

The Perseids are a show-stopping meteor shower that happens every year in August. It’s a mesmerizing display for those of us living in the Northern Hemisphere and it happens at the perfect time of year.

If the weather is clear enough, you can expect to see double-digit meteors blazing through the sky, like natural fireworks without the loud booms. The meteors are tiny specks of ice and dust that come from the tail of Comet Swift-Tuttle. The Perseids appear when the Earth collides with the particles from the tail of the comet.

🌠 The Perseid meteor shower peaks this week! Clear and dark skies will help you view them, but you can also watch them on our @NASA_Marshall livestream: https://t.co/WaOPyLFbVL

According to the American Meteor Society, there are a few suggestions that will help you snag a glimpse of this celestial phenomenon. To view the Perseids successfully, it is suggested you watch from a safe rural area that is as dark as possible. The further away from the light pollution you are, the better chance you’ll have at seeing some meteors and stars in general.

The Perseid meteors can be seen in all portions of the sky, so you don’t need to be looking a certain direction, however, it is recommended that you avoid looking straight up. Most meteor activity is visible at lower elevations, which means you can look about halfway up in the night sky.

You’ll have to stay up pretty late to catch a glimpse of the meteors, with the best viewing times happening after midnight but before sunrise. The best views of the meteor are on August 11, 12, and 13th.