Insist That Your Children Cry Quietly 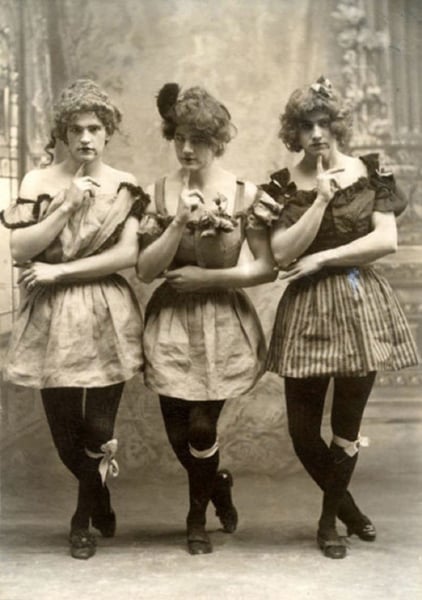 I was talking to someone recently about how the worst people have an endless amount of energy and just never stop, ever, no matter what, and how it’s mystifying to me. Granted, I have a weird sleep disorder that means I haven’t slept four consecutive hours in decades, but from what I gather being tired all the time isn’t something unique to me, it’s common for everyone who has kids or a job or a need to interact with the world, so basically everyone except people like Elizabeth Johnston.

Johnston is an Ohio blogger who hates gay people a lot but transgender people even more which seems to give her crystal meth amounts of energy and that hatred made her sic her audience of 55,000 on the Delaware, Ohio library for hosting a Drag 101 event with Selena T. West who had described the event as:

“How to build a character, how to style a wig, how to make a costume, how to do makeup, and to go through the history of drag from Shakespeare to pop culture in TV and movies,” West says. “It had nothing to do with gender or identity.”

West says that drag is not inherently inappropriate for children.

“What we’re doing is nothing about sex or sexuality,” West says. “We’re simply going off of traditional drag, what that looks like.”

The library received death threats, presumably from Johnston’s audience, and after asking the police what to do decided to cancel the event, which is reasonable, because people like this are dangerous, specifically people who have 10 homeschooled children that they use as guinea pigs when it comes to producing guides on how to abuse your kids without the authorities finding out with good tips like

insist that your children cry quietly. Strong, loud, uncontrolled crying is a manifestation of rebellion, and should not be tolerated. A spanked child should cry quietly and not excessively. Excessive screaming might also prompt a concerned neighbor to call the HRS on you.

which really makes you question Johnston’s concern for teenagers attending a library event.

Elizabeth has a husband, of course, could you imagine ten children and no fundamentalist husband? That sounds super 80’s sitcom. Dr. Patrick Johnston is a primary care physician in Zanesville who is a long time central Ohio crank who used to spend lots of time harassing women outside of Columbus abortion clinics. He thinks everyone on death row should be executed right away, and he thinks homosexuality and abortion should be capital crimes, which I’ll let you connect the dots there for a second, yeah, there you go.

Patrick, or James, he goes by James when he gets arrested for harassing women, also thinks vaccines are bad, which is pretty weird for a doctor, but probably most relevant to the news lately, he’s been trying to convince people that ectopic pregnancies should be carried to term or it’s abortion, which makes you wonder if he’s ever been in a room with GOP Rep. John Becker who just wrote and passed House Bill 182 which allows insurance companies to pay for a procedure to “reimplant [a] fertilized ovum into [a] pregnant woman’s uterus” which is a procedure that doesn’t actually exist. Ectopic pregnancies are the number one reason pregnant women die, but Patrick thinks we should execute women who have abortions anyway, so I guess in his Ohio women are losing one way or the other.

There’s other stuff like Patrick thinks women who breastfeed in public should be flogged but don’t you feel tired at this point, I feel tired.

Another lady who was really mad at the Delaware library was Melissa Ackison, from Marysville, who spends her time running for an Ohio state Senate seat already held by a Republican who isn’t right-wing enough for Ackison because he is ok with things like renewable energy sometimes.

Ackison tried running for the national senate in 2016 but couldn’t overcome juggernaut Jim Renacci in the GOP primary. And also someone named Mike Gibbons because Ackison finished third. Now she’s busy putting out press releases about how she defeated the local library, and you know that if she loses this primary she’ll run for something again in 2022 or maybe become a stay at home blogger cashing in on her Facebook audience like Melissa Johnston because there’s probably as much power and money in something like that as there is being an Ohio state senator anyway, after all, look at how she just put the library in its place.

Or maybe there’s not much money in it, and having a wife shouting crazy things on the internet is a status symbol for fundamentalists in the year of our Lord 2019. But whatever she does, even if it’s endlessly losing, she will never stop and she will be with us the rest of our lives, and one day we’ll realize we haven’t been paying much attention to politics, maybe because a Democrat is in the White House so we can finally breathe and stop refreshing Twitter, and Johnston will be the Ohio Attorney General or something, because it never ends and all of these people fail upward endlessly, mostly I think because they run on pure hatred which seems to be inexhaustible.

One thing about all of this is just how shallow anyone’s understanding of what’s happening like how the ectopic pregnancy thing and this library program getting canceled it turns out are sort of overlapping issues, and how would anyone figure that out when there are bills to pay and work to do and Donald Trump is always doing something.

But it seems these aren’t the sorts of people who should be consulted on anything, even local library programming, and yet they’re what’s driving the state of Ohio these days, which seems bad, but you know, gerrymandering.

West’s event has been moved to a comic book store in Delaware called Secret Identity Comics Shop and will take place June 5th.