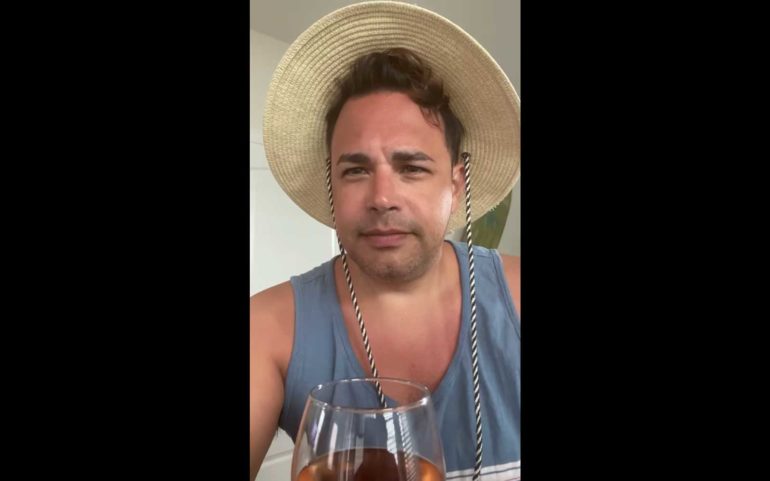 During times like these, I firmly believe in the power of laughter.

David Baghat, a theatre teacher who grew up in Central Ohio, agrees. Luckily for all of us, he’s got a talent for comedy. Baghat grew up in Upper Arlington and after reading some posts on the Upper Arlington Discussion Forum group on Facebook, he was inspired.

Baghat has a background in acting, that’s what he went to school for and what he teaches. So when he decided to film a dramatic reading of some of the posts, he drew on one of the first things he learned in acting school. It’s not an actor’s job to judge the character, just to tell the story.

“I would read these in my head as a dramatic monologue,” Baghat told me. “Some of these people have great characters and great voices. Whether or not I agree with them? That doesn’t matter.”

If you’re a part of your own neighborhood’s discussion groups on Facebook or NextDoor, chances are you’ve seen similar posts. The dramatic readings may be performed by David, but that doesn’t mean he’s endorsing the ideas the posters are sharing.

Baghat didn’t want the videos to take away from the serious matters that our communities are facing right now, but he does believe that even in serious times, we deserve to take the time for ourselves to laugh.

“We can all forget to laugh sometimes,” he said. “We need to remember to take a moment to laugh, and then get back to fighting the fight.”

David currently has three dramatic readings for your viewing pleasure on his YouTube channel, which you can check out right here. I hope you’re ready to smile a whole lot, Columbus.