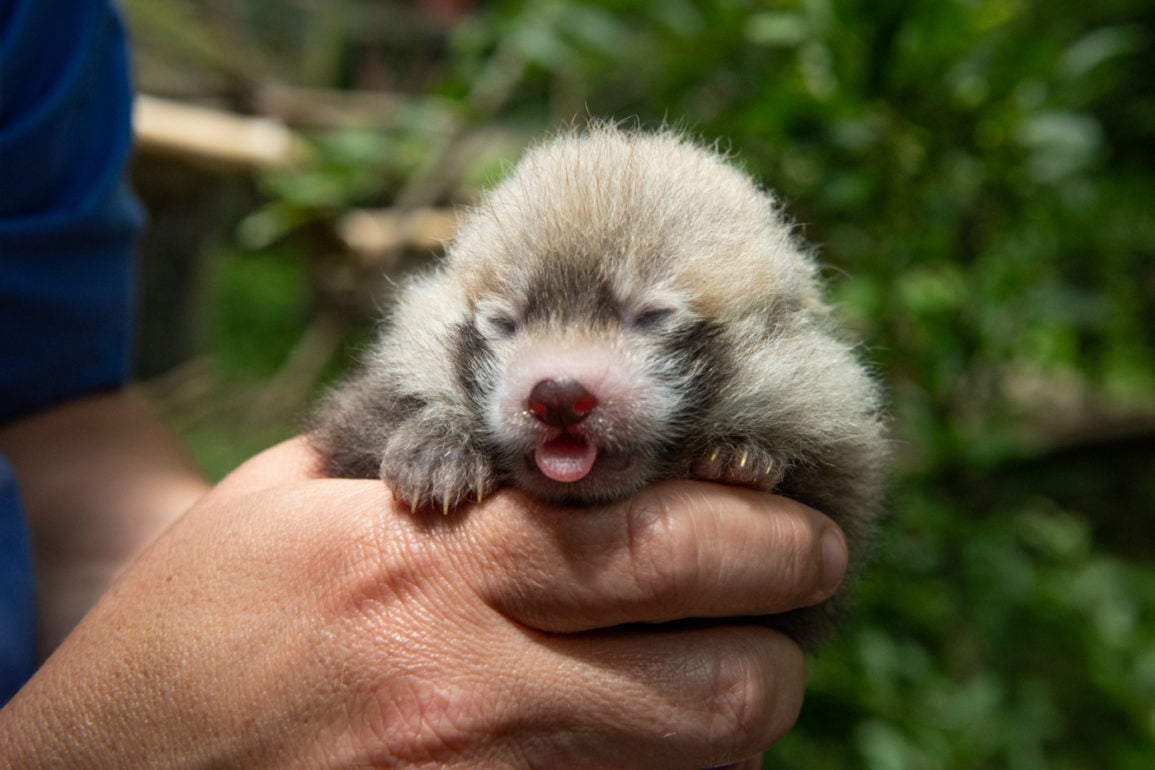 A Whole Slew Of Cute Baby Animals Have Been Born At The Zoo, So Be Prepared To Smile

We’ve got a bunch of baby zoo animals to introduce to you, including a Masai giraffe calf, a sea lion pup, two red panda cubs, and a siamang (gibbon) baby. Get ready for cuteness overload.

It’s been a busy early summer at the Columbus Zoo and Aquarium. These babies aren’t just adorable to look at. They’re also great reminders of the conservation work being done by the zoo.

“We are extremely proud to welcome these babies as they all represent hope for the future of species that are increasingly facing challenges in their native ranges,” said Columbus Zoo and Aquarium President/CEO Tom Stalf. “Additionally, these arrivals are extra special as our Animal Care staff has worked around the clock to ensure the animals continued to receive top quality care during our three-month-long closure to help reduce the spread of coronavirus [COVID-19] within the community.”

The zoo has reopened with new COVID-19 guidelines in place, so you can see some of these cuties in person soon. Let’s get to know these little bundles of joy.

Eighteen giraffes have been born at the Columbus Zoo over the course of its history. For now, the calf’s sex is still unknown and both the calf and Zuri are doing great.

While guests won’t be able to view Zuri and her calf just yet, guests can still see other members of the herd, as well as participate in $3 giraffe feedings from 9 a.m. – 7 p.m. daily to receive an up close, memorable experience.

During the wee morning hours of June 25, the Columbus Zoo welcomed the first sea lion pup ever to be born at the facility!

The female pup was born to first-time mom, Lovell, a California sea lion who will be turning 5 years old in July. Lovell arrived at the Zoo along with nine other sea lions and four harbor seals back in May. Because the sea lions all live together for most of the year in a strong social group and there are several males, the father of the pup is currently unknown and will be determined through a blood test.

Lovell and her adorable pup are in a behind-the-scenes area, where they are bonding and being so cute together that it sort of makes my heart hurt. The staff said that Lovell is providing exceptional care to her pup, and is protective of her little one, while still maintaining a strong, trusting bond with her trainers.

Although the other six sea lions were born at different facilities all over the world, they lived together for about 10 years at a marine park in Shanghai, China. The animals’ social structure is a very important consideration for their wellbeing, and the Columbus Zoo and Aquarium is in the unique position of both planning a new sea lion habitat and having the capacity to keep all of the animals together to preserve their social structure.

Two healthy red panda cubs were born at the Columbus Zoo and Aquarium, a welcomed addition to this endangered species.

The currently unnamed cubs, a male and a female, were born on June 13 to 2-year-old mother, Kora, and 7-year-old father, Gen Tso. Kora arrived at the Columbus Zoo from the Cincinnati Zoo and Botanical Garden in October 2019, and Gen Tso arrived in June 2014 from the Prospect Park Zoo in New York. The pairing of Kora and Gen Tso was based on a recommendation by the AZA’s Red Panda SSP.

Both are first-time parents, and Kora is the primary caregiver, which is customary for red pandas since they are mostly solitary except during breeding season. At the Columbus Zoo, Kora and Gen Tso continue to cohabitate well as Kora nurses the cubs in the nest box.

These births mark the first successful red panda births at the Columbus Zoo since 2015. Once the cubs reach about 4 months of age, guests may then be able to see the cubs as they emerge from their nest and begin to explore more of their surroundings.

On the morning of May 29, 2020, the Australia and the Islands region welcomed a baby siamang. Mom, Olga, is being very attentive to her little one, whose sex and name has not yet been determined. Even when the baby was just a few days old, keepers noted that the baby had a strong grip on mom while she was brachiating (swinging) through the habitat.

This is Olga’s third offspring and guests can view Olga with her latest addition, along with dad, Rashid. The pairing of Olga and Rashid was based on a recommendation by the AZA’s SSP for the siamang, which is listed as endangered, according to the IUCN Red List of Threatened Species.

Siamangs are the loudest and largest species of gibbon, known as a lesser or small ape. With the ability to be heard over two miles away, this species “sings” and vocalizes to establish territory, reestablish pair bonds, and communicate with one another throughout their territory. Siamangs are known for their fascinating “duets,” during which the male and female sing different but coordinated parts in sequenced patterns with a definite introduction, middle, and song end.

In their natural forest habitats in Southeast Asia, the primary threat to their habitat is deforestation for oil palm plantations, as well as other logging activities in the area. There are many ways people can help protect these species, including using the Cheyenne Mountain Zoo’s Sustainable Palm Oil Shopping Guide, which helps identify which products are more wildlife-friendly due to being made with more sustainable palm oil.

If these cuties have you planning your next trip to the zoo, you can get more information about scheduling a visit to the Columbus Zoo by viewing the Zoo’s Reopening Plan.