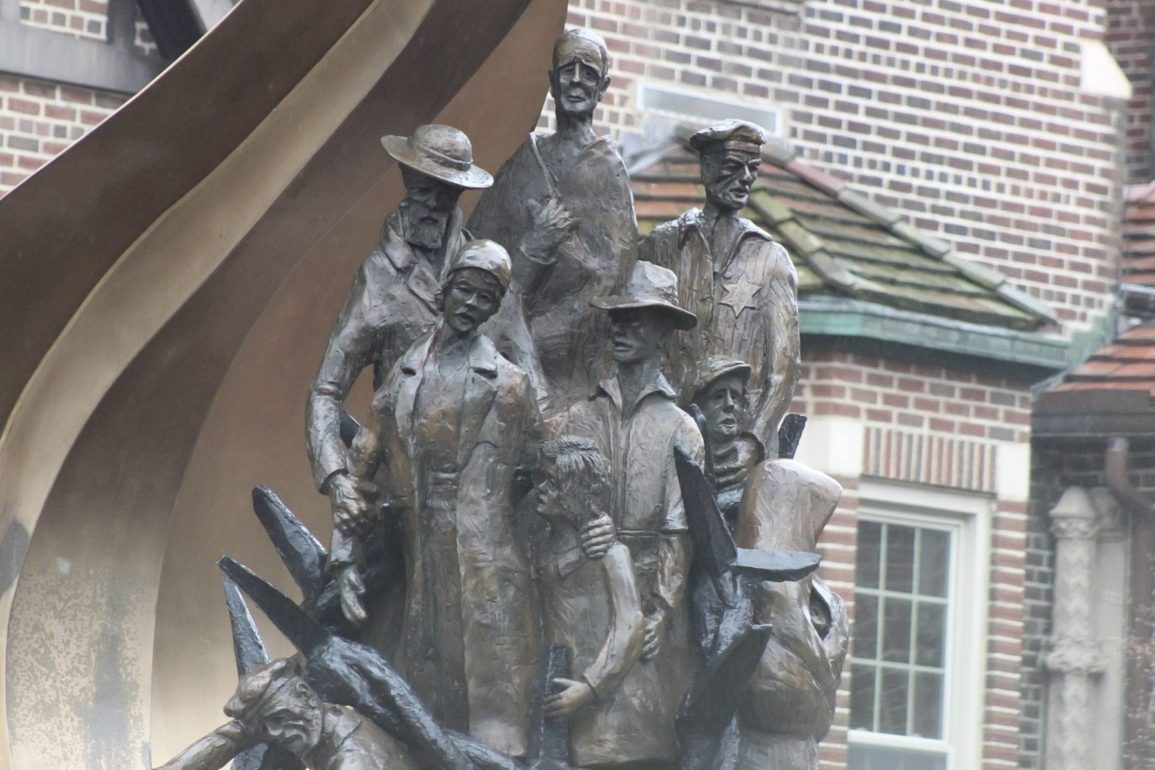 Alfred Tibor : A Life Of Inspiration

Columbus has been home to some incredible artists over the years.

Alfred Tibor, a sculptor, passed away in 2017 at the age of 97. Tibor had an incredibly interesting life and his work can be found around the city.

Born in Hungary in 1920, Alfred Tibor was coming of age at a tumultuous time in Europe. A self-taught gymnast, Tibor managed to qualify for the 1936 Olympics however he was kicked off of the Hungarian team due to his Jewish religion.

In 1940, Tibor was enslaved by the Hungarian Army and eventually captured by the Soviet Army where he was kept as a prisoner of war for 6 years. Finally, in 1947, Alfred was set free. After leaving the camp, he learned that out of his nearly 40 immediate family members, he and his brother Andrew were the only ones to survive the Holocaust.

Alfred married and had two children, remaining in Hungary for 10 years. But after the Hungarian Revolution, the Tibor family packed their belongings and made their way to America. In 1958, they arrived in America and settled in Miami, Florida. It would still be a few years before Tibor called Columbus home, but he was determined to be an artist in the United States.

After taking a job in Columbus, Alfred relocated in 1973. Tibor’s first sculpture was unveiled in 1974 and his collection has grown immensely since then. He has hundreds of works in collections throughout the United States and the world. Here in Columbus, you can find many of his works around town, including at the Ohio Governor’s Residence.

One of Tibor’s most remarkable works is outside of Agudas Achim in Bexley, where he was a member. Entitled “Remember”, the sculpture sits in front of a granite map depicting the labor and prison camps scattered throughout Europe during World War II.

Tibor lived an extraordinary life. He overcame what were seemingly insurmountable odds and then chose to share his experiences with the world through his art. On his website, a statement by Tibor reads, “As an internationally known sculptor, I find I am often asked who or what most influenced my style and subject selection. The true answer is I am self-taught in this regard from my first-hand experience during World War II and being witness to its aftermath. There is no greater instructor than life.”

A little bit of Hope and sunshine on this Monday. #hope #thejames #alfredtibor #sunshine #bluesky

To learn more about Alfred Tibor and his work, you can read more about his history in this incredible interview with the Columbus Jewish Historical Society.