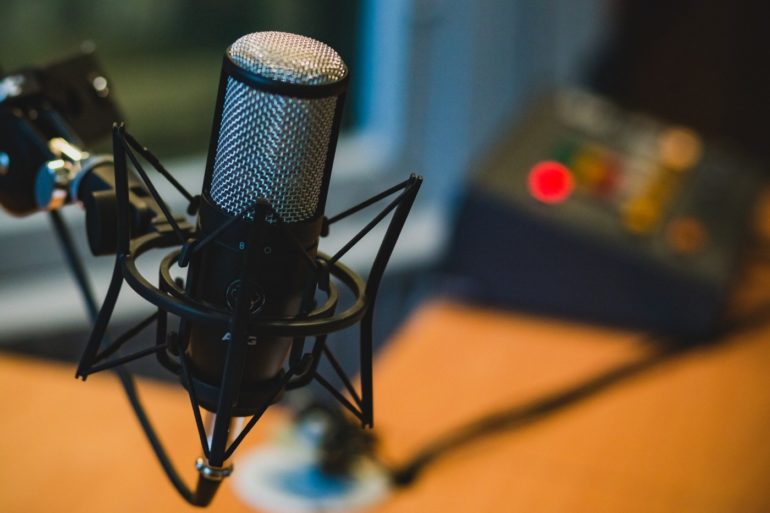 The Mysterious and Unsolved: 5 Columbus Mysteries Worthy Of A Podcast

Our city is well known for many things.

Our zoo, our sports teams, our parks. There are many accolades that make this city, our city, more than just great, they make it home. But there is always more to a city than the things we see in the day, more than we’re willing to see at first glance.

The whole of our society is infatuated with true crime. We see it on our Netflix queues, it’s talked about on our podcasts, there are whole television networks dedicated to it. We revere it with the same wonder and awe as we do Shark Week or court television. This may, of course, speak deeply to our nature, or it could just mean that these things, as macabre as they seem, are simply and undeniably interesting. Whatever it means and whatever the appeal, Columbus is no exception to them. So, in the spirit of that macabre interest, that undeniable truth of our true nature, here are some of our city’s own shadowy true-crime mysteries. Maybe one of these can make the next Serial or Someone Knows Something, or maybe, hopefully, they’ll one day be solved.

This mystery is actually the second oldest cold case file in the city, dating back all the way to the early fall of 1962.

Gary Ontko, a Columbus Business University student, had been busy all day moving into his new apartment when he discovered her. Mary Margaret Andrews, better known as Peggy, lay lifeless in the alleyway, she had been shot three times and assaulted. The contents of her purse lay scattered around her, including her open red billfold. Her small black bow still pinned to her curly brown locks.

Peggy, also a college student and a devout Catholic, was last seen alive by fellow classmate Ron Negutt, after dropping her off at her boarding house a little after 9 pm. Negutt submitted to both a polygraph test as well did Gary Ontko, both passed. No one was convicted of her murder.

Interestingly enough, nearly 60 years later the case was reexamined and the evidence, including the DNA of the suspect, remained intact. Police were able to cross reference it with registered criminals but to no avail. We’ve come very close to solving Peggy’s death over the many years, just not quite close enough.

It’s March 4th, 2016 and thousands of “out of towners” are in Columbus for another year of its annual Arnold Classic. Joey Labute Jr., normally an indoorsy Netflix and Binge kind of kid, decides to make a night of it, attending a friend of the family’s coming-out party at Union Cafe. A few drinks later his acquaintances realize he’s never come back from the bar.

Weeks later, on March 29th, his body was found along the shores of the Scioto river. There were no obvious causes of death. No wounds or bruising or other telltale signs of a struggle.

When the autopsy was finally released, something curious was discovered; Joey more than likely passed away before ever entering the river. There were no normal signs of drowning, no excess of fluid, but he did have a blood alcohol level of .15, something that could’ve been affected easily by the body’s duration in the water.

While there’s much speculation as to what may have happened to Labute during the missing time (including speculation linking him to the ‘smiley face murders theory’) nothing is known for certain and what happened to Joey Labute remains a mystery to this day.

Carefully layered and shrouded in mystery is the disappearance of Brian Shaffer. Similar in many ways to Labute’s mysterious disappearance, Shaffer too, went missing after a night out with friends close to the campus area.

After party hopping from bar to bar, Shaffer and his friends settled on Ugly Tuna Saloona for last call. After a time they became separated and, despite calling his cell phone and waiting outside for him after bar close, he disappears and is never seen again.

That, in and of itself, doesn’t make it any more or less mysterious than any other missing persons case, except a sudden and inexplicable disappearance should have been impossible in an area so densely surveilled with cameras.

Not only that, but there was no other way of entering or leaving the building.

Many of us have been to Ugly Tuna Saloona. We’re familiar with the rolling escalator leading up to its main entrance. It serves as the bar’s only true entrance or exit. It’s almost unfathomable that someone could leave the bar any other way, but that’s almost exactly how it had to have happened. Young Brian Shaffer was seen, on camera, entering the bar, and never seen leaving. An impossible act that has left many a detective and practicing conspiracy theorists scratching their heads in bewilderment.

It’s been ten years and there have been no solid or substantial leads on Shaffer’s whereabouts. Some believe he was abducted, others believe he’s still alive to this day, starting a new life in some other, more remote place. What is known is that he left, in his wake, a slew of friends and family that grieve his absence each passing day.

In 1976, Mary Gillispie, a bus driver, received a letter in the mail accusing her of having an extramarital affair with the school superintendent. For weeks the letters kept coming, personally targeting Gillispie and revealing intimate knowledge of her life and family, despite the fact that every letter was postmarked from Columbus city proper.

Her husband, Ron Gillispie, soon grew irritated with the writer and after receiving a phone call (presumably from the writer) Ron grabbed his gun, jumped into his car, and was never seen alive again. His body was later found inside the wreckage of his mangled car. The death was ruled an accident, despite authorities determining that his gun had been fired once for unknown reasons.

For years the letters continued, oftentimes addressing Mary’s daughter. Not satisfied with the attention, the writer started installing signs along Mary’s bus route, taunting her. Once she was so frustrated that she stopped her bus by the side of the road, climbed out, and tried to tear down one of the signs.

This sign just also happened to be booby-trapped with a loaded gun.

Unharmed but terrified, Mary decided to call local law enforcement who determined that the gun belonged to none other than Mary’s former brother-in-law. Authorities arrested him, later finding him guilty of attempted murder but he always maintained his innocence, which seems likely because the letters continued to pour in, one of which was even addressed to him. It taunted; “Now when are you going to believe you aren’t going to get out of there?  I told you 2 years ago. When we set ’em up, they stay set up. Don’t you listen at all?”

Most disappearances and murder mysteries carry with them a sense of unease, of fear and creepiness. Some, unfortunately, also leave you with a deep sadness.

Christie Mullins was a 14-year-old student at Whetstone High School when she and Carol Reeves, her childhood friend, received a call reportedly from a radio DJ claiming that there was a cheerleader competition behind Graceland shopping center. The prize, he claimed, were free tickets to the Ohio State Fair.

But there was no competition and Carol Reeves, disappointed and confused, went into a department store to check on the time. When she returned Christie was gone.

Her body was later found, her tiny skull fractured.

If the story had ended there that would’ve been just as sad enough, unfortunately, it doesn’t. The one and only suspect arrested for the case was a man suffering from a developmental disability who was later found innocent due to a reliable alibi and the fact that he just didn’t have the intellectual capacity of carrying out such a crime.

42 long years later it was determined that her killer was none other than the person who’d originally discovered her body, Henry H. Newell Jr. A discovery that, unfortunately, came too late. Mr. Newell had died of cancer just two years earlier in 2013.

Many of us are often surprised and infatuated with the criminal justice system. We assign blame to the victims, to the officials, to the witnesses that oftentimes fear speaking up. None of this is an indictment on any of them. Rather, my hope is that no one forgets these faces and people exist. That no one sequesters their memories into a file folder, ready to be forgotten in that line between the mass carnival of public perception and the cold that can be an institutional investigation. None of us can be exempt from these happenstances of misfortune. It takes all of us, as a community, to deny them, to say no more and to exhume our own moral backbone and defend each other against this kind of fear and darkness. Columbus is better than this. We are better than this. And we deserve to give these victims and families rest. If not for them, then ourselves. We deserve to give ourselves that ease. But more than anything, we deserve closure.