Was Columbus Built Through Annexation? 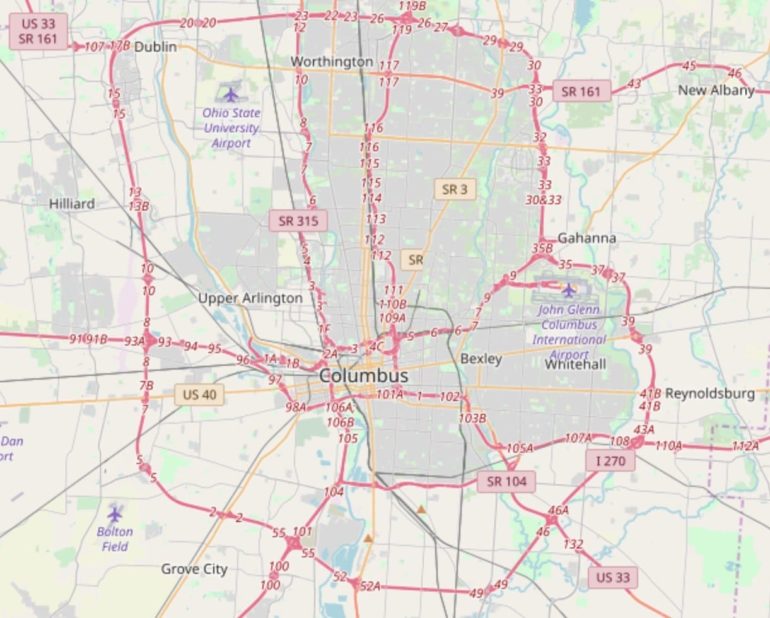 If you have paid any attention over the years to views on Columbus, you’ve probably heard one or all of the following at least once:

They sound familiar, right? Of course, they do, because anyone who has ever lived and worked in the city has heard these claims and more, often from other Ohioans, present or past, that had grown up with the idea that Columbus was a 3rd tier city at best when compared to Cleveland or Cincinnati. Are these critics just speaking out in bitter jealousy against Columbus’ rise, or are there kernels of truth embedded in the criticism? To find out, we have to examine each of these 3 most popular claims in more detail. In this article, we will focus on the first, and by far the most prolific – that Columbus’ growth has largely or entirely been a product of annexation.

The Story Behind Columbus Annexation

This claim has become something of a cliché over the years due to the frequency it’s been repeated, often as a steady companion to stories about Columbus’ population growth. Most clichés and stereotypes are based on some amount of truth, and the annexation one is no different. Columbus did, in fact, annex a lot of land over the years, but there is a lot more to the story, and what may have once been true is no longer.

In the first half of the 20th Century, Columbus was a small city contained in only about 35 square miles, and it expanded area-wise at a snail’s pace. Between 1910 and 1950, Columbus added less than 20 square miles to its area size, with about 16 of those coming during annexations of the immediate urban core in the 1920s, particularly on the near South, North and West sides. The 1930s and 1940s had virtually no annexation whatsoever. The 1950s, however, were the dawn of a new era in city leadership, and it would have a profound impact on the city into the present day.

Maynard “Jack” Sensenbrenner was a political novice when he earned an upset win in the 1953 mayoral race. It was under his leadership that saw the formal creation of the annexation policy that altered Columbus’ trajectory, but he may get more credit for it than he truly deserves. The policy had origins that long predated him, and was the product of both local and national problems that couldn’t be controlled by any one city leader. 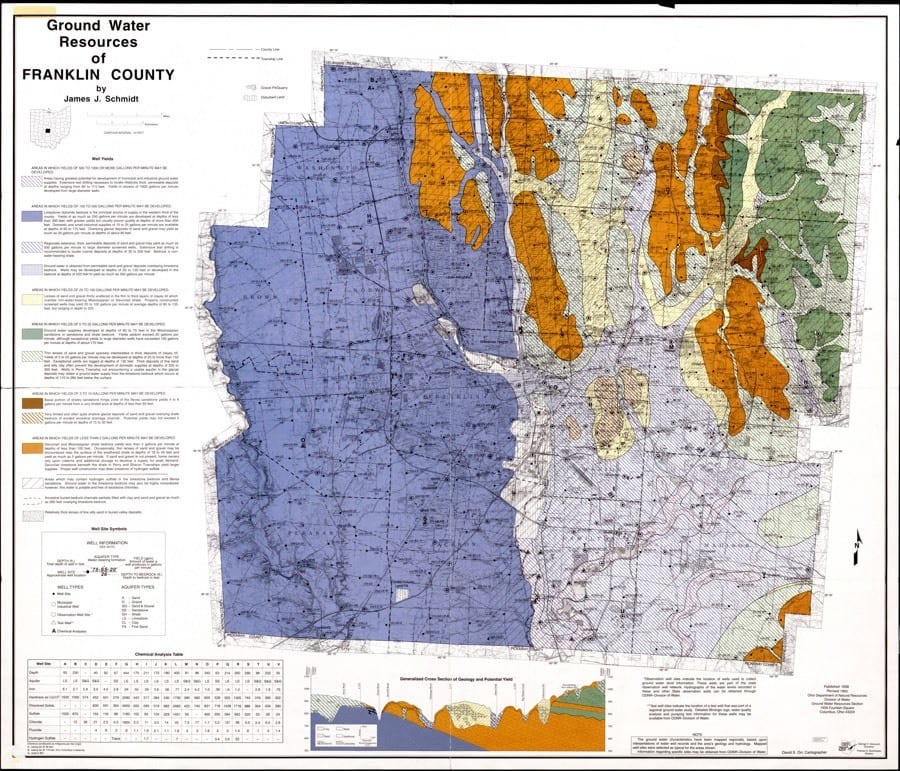 The local issue was of an immediate practical nature. Going into the 1953 campaign, Columbus was facing a critical water shortage, which had been steadily growing worse for some time due to fast, post-WWII population growth, combined with a lack of investment in crucial infrastructure by past administrations. These shortages affected neighborhoods around the city, but particularly hard-hit was the Westside and Hilltop, where Sensenbrenner was from and lived.

At the same time, a sea change in city culture was occurring across the country. The suburbs, even before the highway system had become widespread, were rising, and many cities were facing the possibility of being encircled by them. In older cities like Pittsburgh, Cleveland, and Boston, their suburban areas had already largely choked off the possibility of expanding their city limits. In Columbus, the suburbs were already growing at a faster percentage rate, and there was growing concern that if it became cut off, the city would face increasingly tough economic hardships by missing out on the expanding suburban tax revenue while potentially seeing the urban core empty out. It was a recipe for economic disaster.

Recognizing the trends for himself, the mayor preceding Sensenbrenner, Robert Oestreicher, had appointed a special assistant in charge of “metropolitan affairs”. It was then that the city decided that it would focus on a sort of Columbus-First campaign, particularly when it came to city services. This meant that it would work to serve its own residents’ interests first before considering those of any outlying areas. This became the framework for Sensenbrenner’s famous annexation policy: Anyone who wanted to connect to the Columbus water system must agree to be annexed into the city itself.

Incidentally, even before it became official under Sensenbrenner, the city was already being accused of strong-arming suburban communities by holding its majority control of the county’s water infrastructure over their heads, something the city of course flatly denied. Still, it was no secret that city leadership nationally was going on the offense in combating the escalating decentralization trends. Many postured that these new suburbs had inherent economic advantages by the fact that cities paid for the bulk of local infrastructure. Suburbanites visited and worked in the cities, but paid most of their taxes to the suburbs they lived in, contributing little to the costs of the infrastructure they freely used. Columbus itself was losing hundreds of thousands of dollars every year maintaining the state office buildings where many suburbanites worked. Meanwhile, cities were also losing tax revenue as businesses moved to the fringes. So it would be of no surprise that there was a combative relationship forming between core and suburb. The logical answer to this was for the city to use its one significant advantage- water- as leverage, especially at a time when shortages had made the commodity ever more valuable. 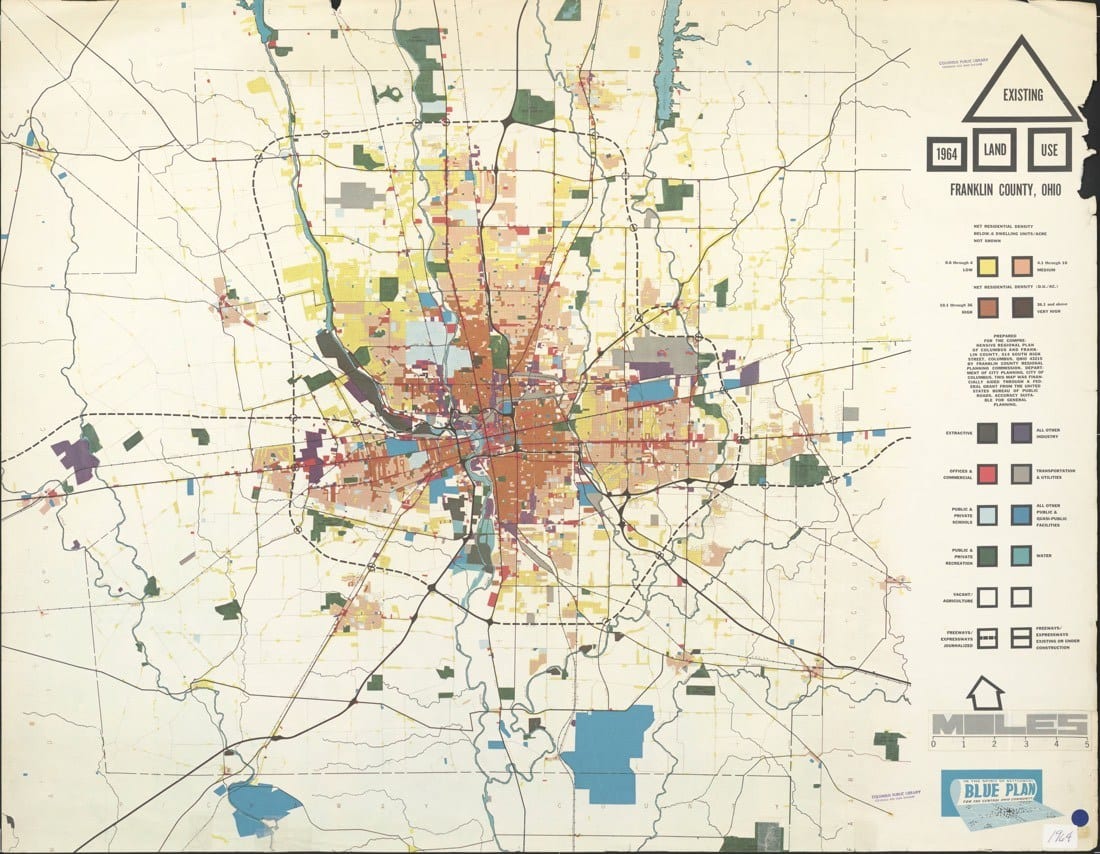 Sensenbrenner had not explicitly run on annexation during his mayoral campaign, at least not at first. He had focused on things like improving recreational amenities, solving bus transit issues, and of course bettering water infrastructure, all given with the folksy, moral convictions of his Boy Scout past. After an extreme heatwave at the end of August and into September, the water issue only got worse, and so it became an increasing campaign talking point. By October 1st, Sensenbrenner was quoted as saying, “I am bitterly opposed to selling water to any outside community until Columbus’ own needs are met.” By the end of the month, he was being quoted saying that annexation would be a way to solve Columbus’s potential income tax revenue losses to the suburbs. That the two issues would meet seemed inevitable, and meet they did. Within a week of coming into office in January 1954, Sensenbrenner was already upsetting suburban areas with his hardline water-through-annexation position.

Upset as they may have been, many began to grudgingly agree to Sensenbrenner and Columbus’ terms. Annexation went from just half a square mile in the 1940s to almost 50 square miles being added in the 1950s alone, the vast majority of it occurring after 1953. This rapid expansion of Columbus’ city limits continued through the 1970s, long after Sensenbrenner had left office, and the total area of the city almost quintupled by 1980. During that same period, about 190,000 people were added. The naysayers would have us believe that all of this growth occurred because of annexation, and in this instance, they may, in fact, be correct. As mentioned above, urban cores of cities were beginning to depopulate in the 1950s, a trend that accelerated over the next few decades. Columbus was no exception. Within its 1950 city boundaries, Columbus lost hundreds of thousands of people, and without annexation, its overall population would’ve dropped just like we saw in Cleveland, Cincinnati, and other Great Lakes cities. Instead, Columbus was able to continue to show population growth through the darkest days of urban flight and avoided the long-lasting stigma of a city in decline. Furthermore, it was able to maintain its tax revenues and keep the city from falling into financial insolvency. 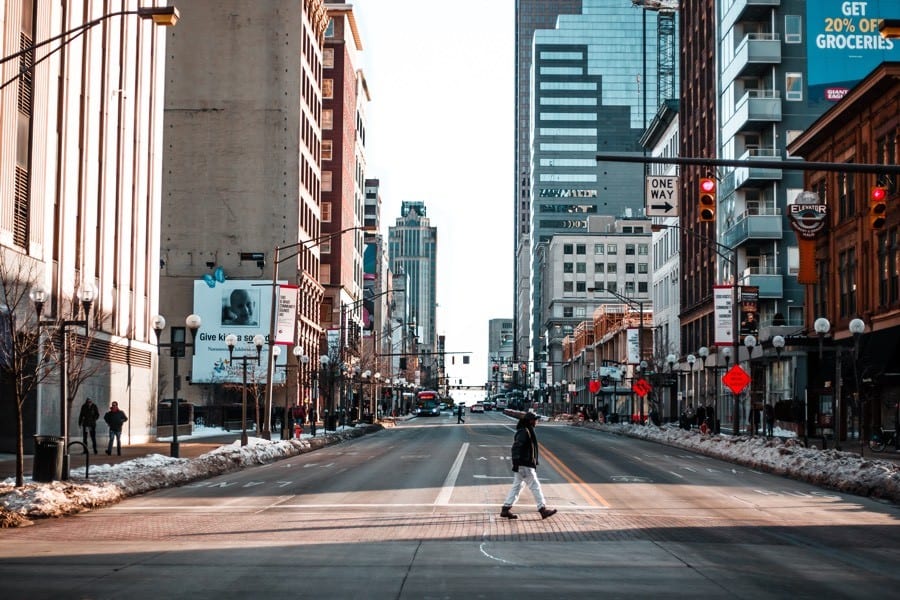 Yet here is where the naysayers get it wrong. While it is true that Columbus has benefitted greatly from its mid-century annexation frenzy, its more recent growth has little relation to it. After 1980, annexation rates collapsed, but population growth did not. The city had reached a level where its tax base was secure, and its size and relative economic fortunes compared to the rest of the region became an attractive magnet for new transplants. Today the city is one of the nation’s fastest-growing, beating even Austin last year in total growth, and yet this decade it has annexed virtually no land. Growth-through-annexation WAS true but is no longer and has not been for some time.

Columbus’ modern booming growth stands as a testament to both a practical response to real problems and the forward-thinking to recognize early on that cities were faced with great change. So if anything, when someone accuses Columbus of having grown from annexation, we should all simply say, “So what? It worked.”

Here’s to you, Jack.