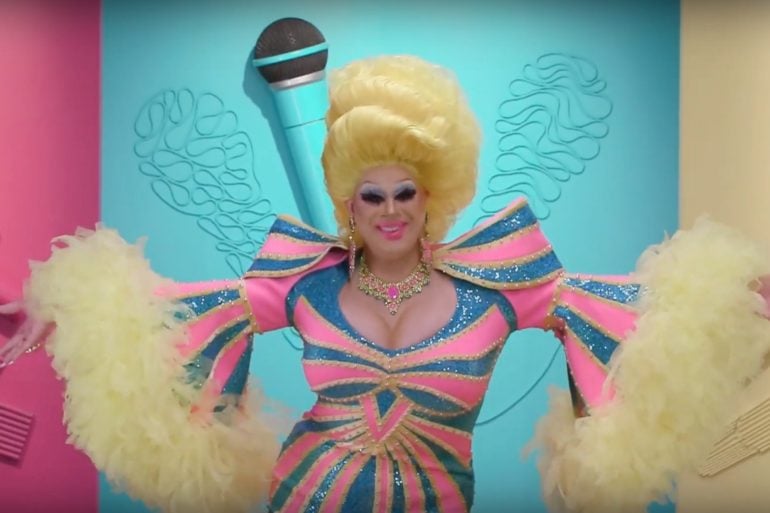 Confirmed: Nina West Is On RuPaul’s Drag Race This Season, And She’s There To Werk

We all knew that it was time.

Now, the rest of the world will get to know what Columbus already knows, that Nina is QUEEN.

We, along with everyone else in this city, had been speculating that Nina would appear on the show after her mysterious disappearance from social media last May.

“This is a dream come true. this is my ninth time auditioning,” Nina told Rippon. “I’m really thrilled that I get to represent Columbus, Ohio, my hometown, and my drag family (The West Family) and be here on this global stage to celebrate the art form that has really shaped my entire life.”

Adam Rippon went on to share a story about how the first time he went to a gay bar, Nina West was performing there.

The new season doesn’t have a premiere date quite yet, but it should air this spring. If you’ve never had the chance to see Nina perform live, you’re in luck. She’ll be taking on the role of Ursula next month in The Little Mermaid, presented by Pleasure Guild of Nationwide Children’s Hospital.

The show will run at the Palace Theatre on February 22nd, 23rd, and 24th. All proceeds from The Little Mermaid will go to Nationwide Children’s Hospital Hospice and Palliative Care Programs.

You can get your tickets here.