Remember When Downtown Was Transformed Into A Racetrack? A Look Back At The Columbus 500

In the mid-1980s, the thunderous roar of race cars zoomed through the streets of Downtown Columbus.

This wasn’t some Fast and the Furious style illegal street race, it was the Columbus 500. The first race was held in 1985 on a 2.65-mile course through the heart of downtown.

City crews spent weeks preparing the streets of Columbus for the race. Roughly 40 cars competed in the race, which zoomed through the Arena District and surrounding areas in front of thousands of fans.

It’s hard to imagine the incredible sounds of race cars flying through the streets at speeds of 170 mph, but the $2 earplugs that were sold as souvenirs paint a louder picture. 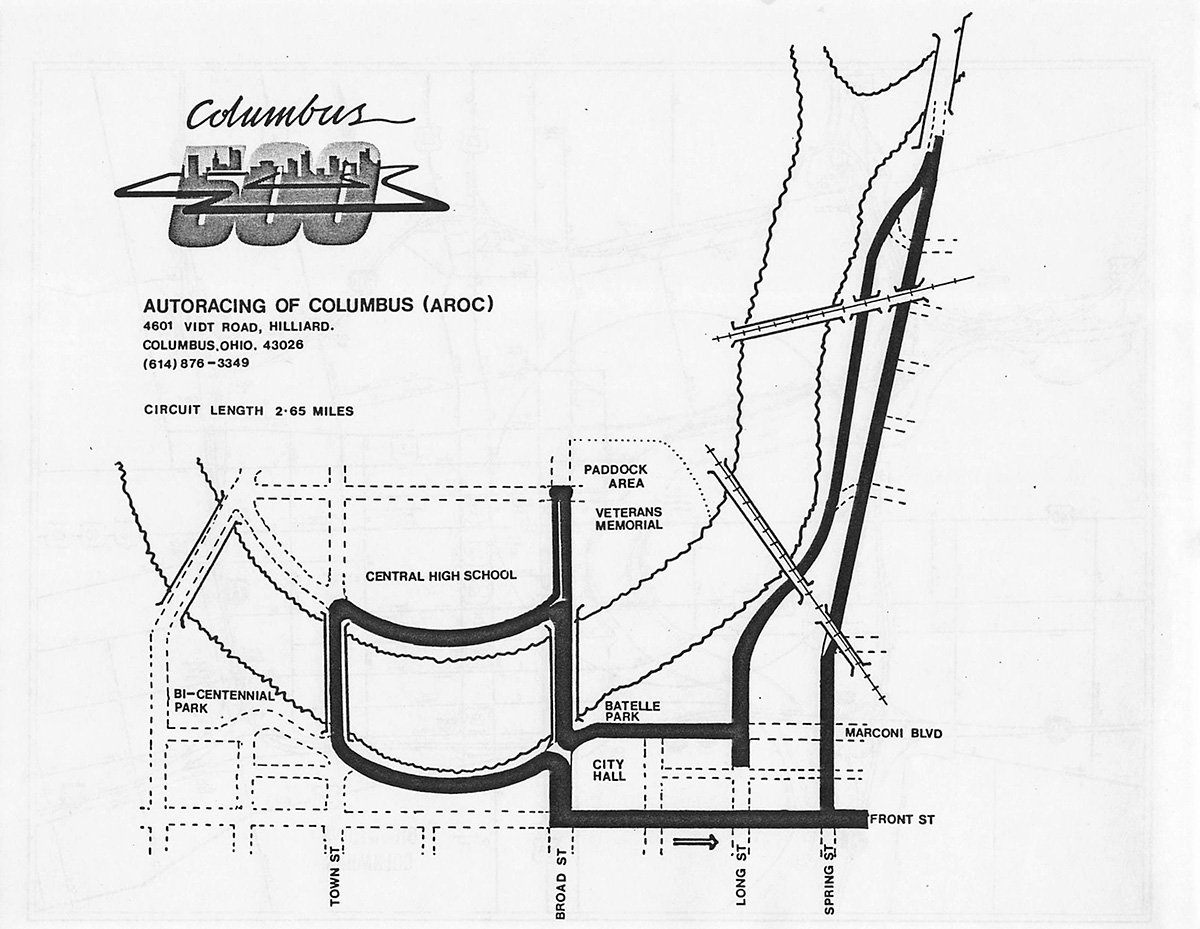 The race saw some of the most celebrated race car drivers compete, including John Andretti, Bobby Rahal, and Brad Wollek.

The prize for the initial race was $125,000 and the event not only brought racing fans but also several businesses and visitors to the city for the weekend.

Race headquarters was located at Veteran’s Memorial, while downtown hotels like the Hyatt on Capitol Square and The Red Roof Inn prepared to host the fans and drivers alike.

In the late 1980s, Columbus Mayor Buck Rinehart had undertaken a series of brash projects. While some have since been applauded as a necessary development to help elevate Columbus from cowtown to metropolitan city, mistakes were certainly made, including the unapproved demolition of the facade of the historic Ohio Penitentiary on Spring Street.

Although the Columbus 500 races were popular, drawing tens of thousands of fans, financial problems plagued the race. After the final race in 1988, Columbus City Council declined a $250,000 bailout for the race and the whole ordeal folded. 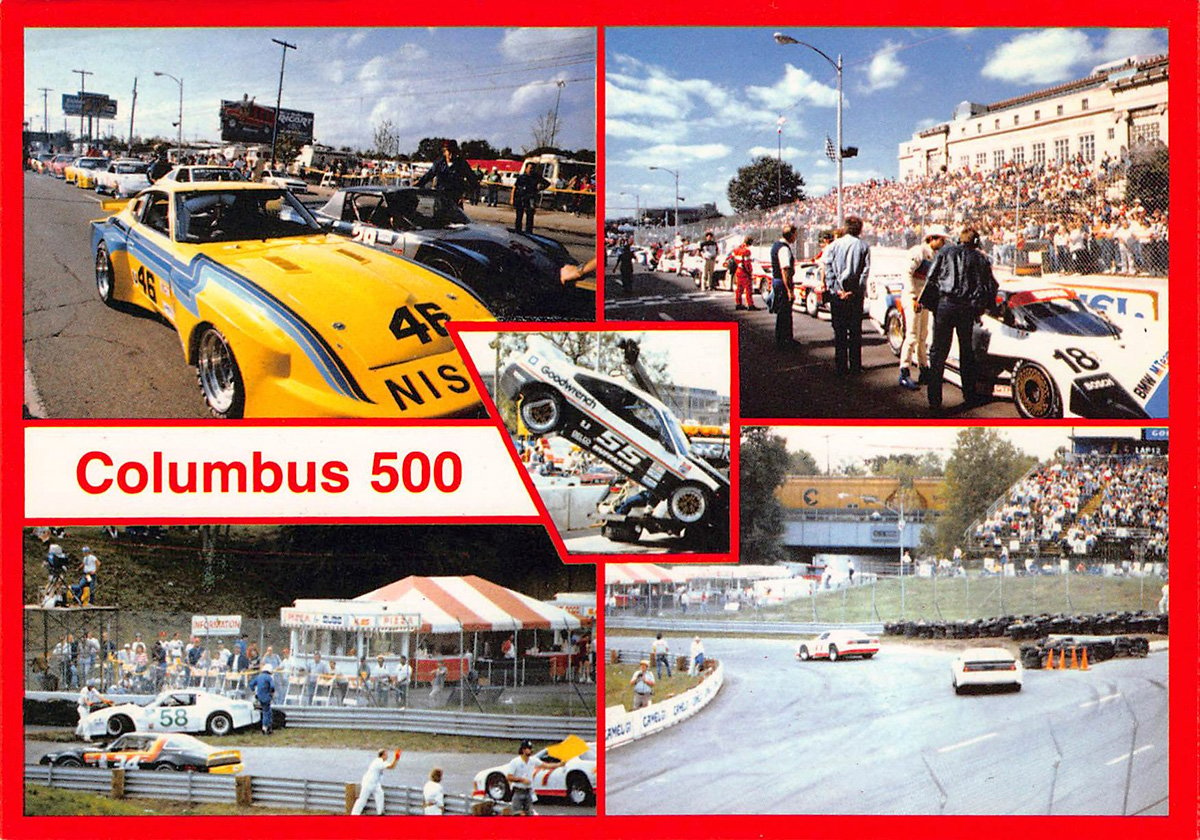 Racing fans in the city will also know that many fantastic races took place at Columbus Motor Speedway, which was open from 1946-2016. But nothing has quite captured the magic and exhilaration of the downtown course.

While I can’t imagine a race like this retaking the streets of Columbus again, it is incredibly fun to imagine. Where would the course be these days? And how many fans would the event draw? For now, we’ll have to keep wondering.

Interested in the finer details of the Columbus 500? Check out this original program sent out by Columbus 500 Executive Director Alan Wilson. 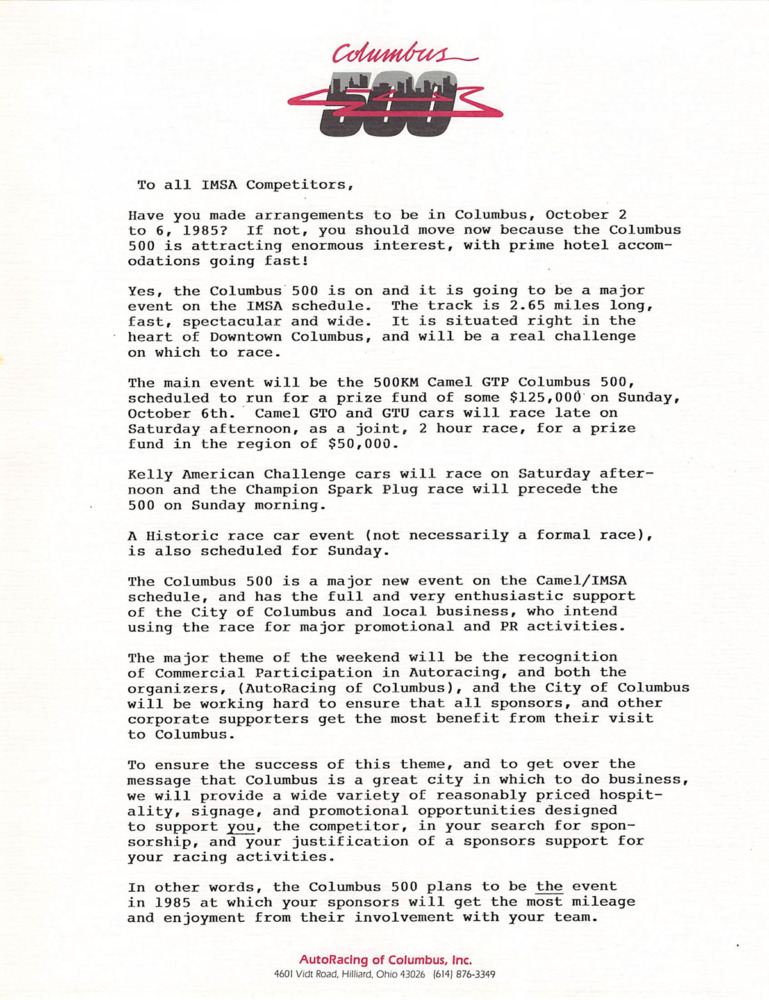 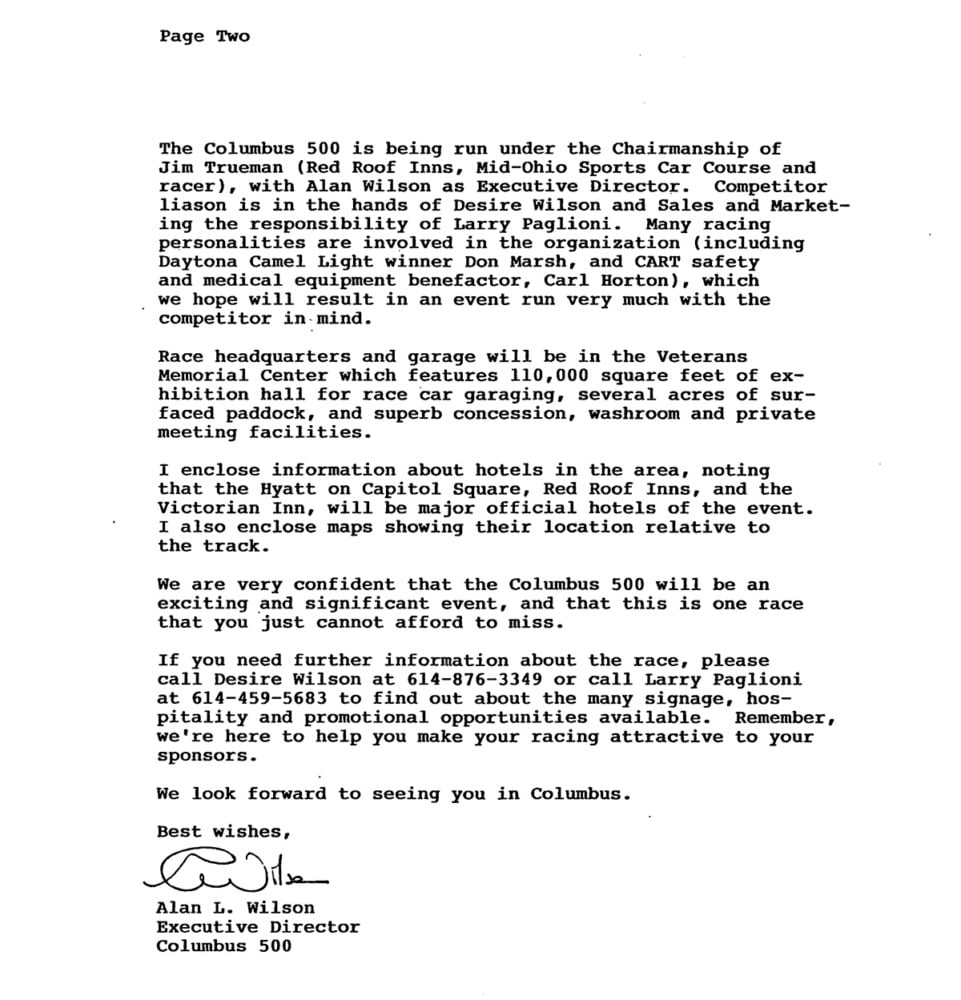 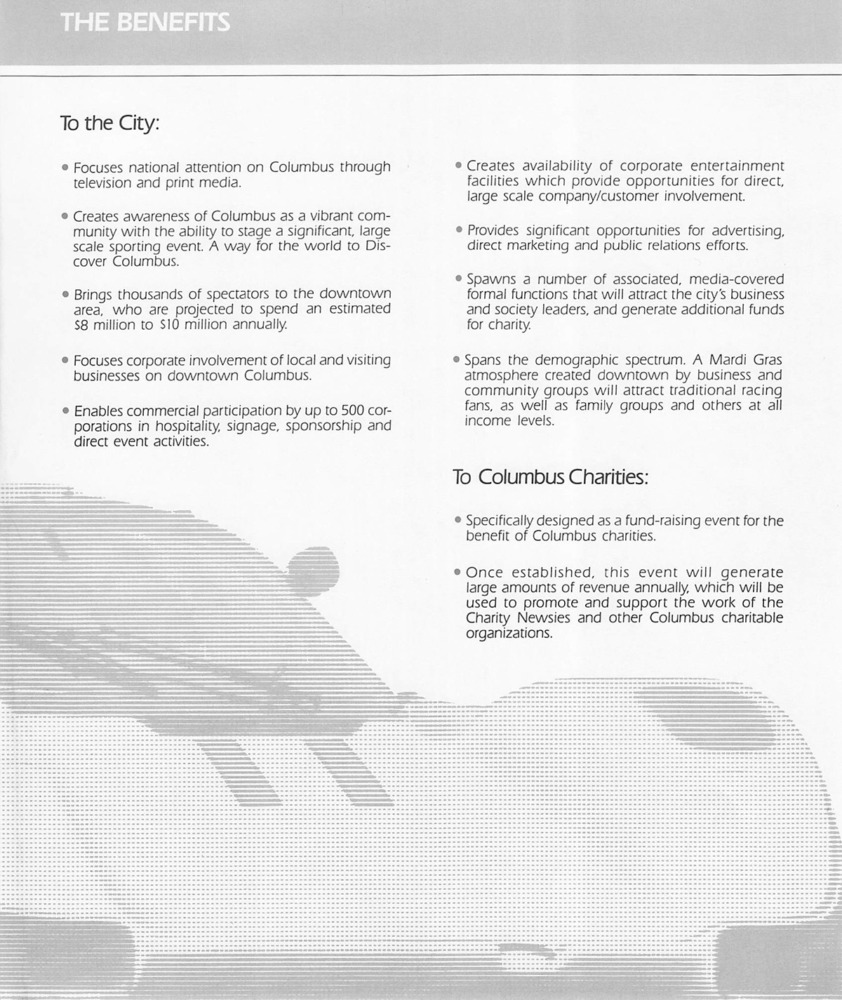 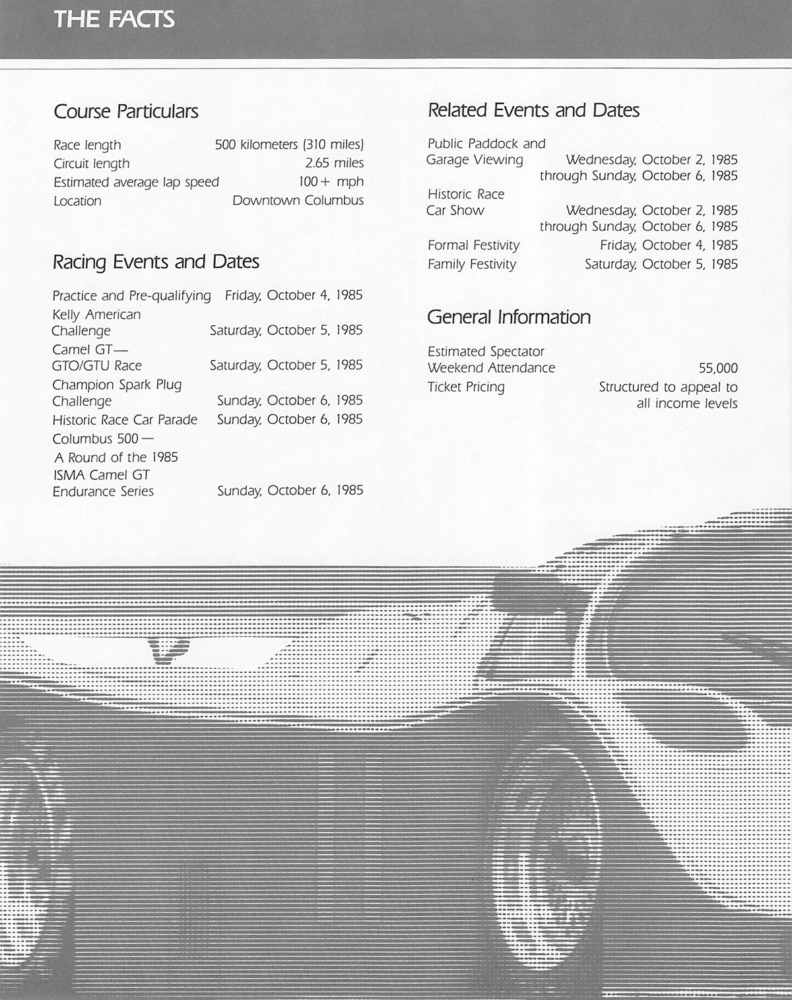 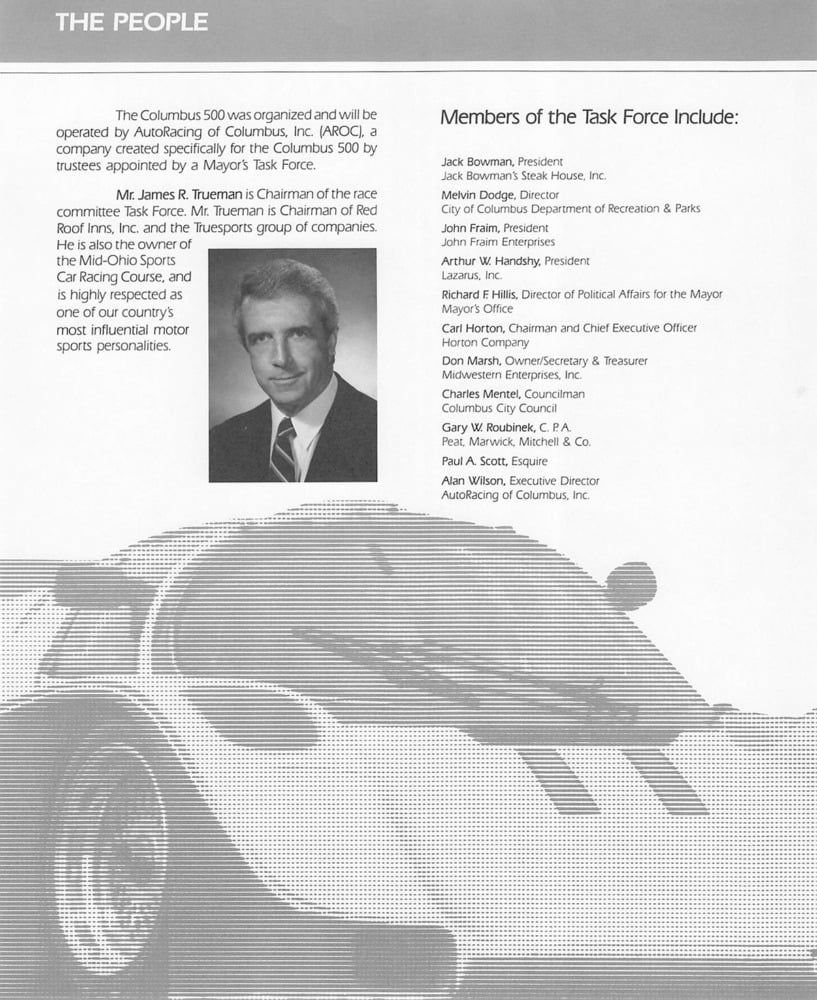 The Best Trivia Nights in Columbus