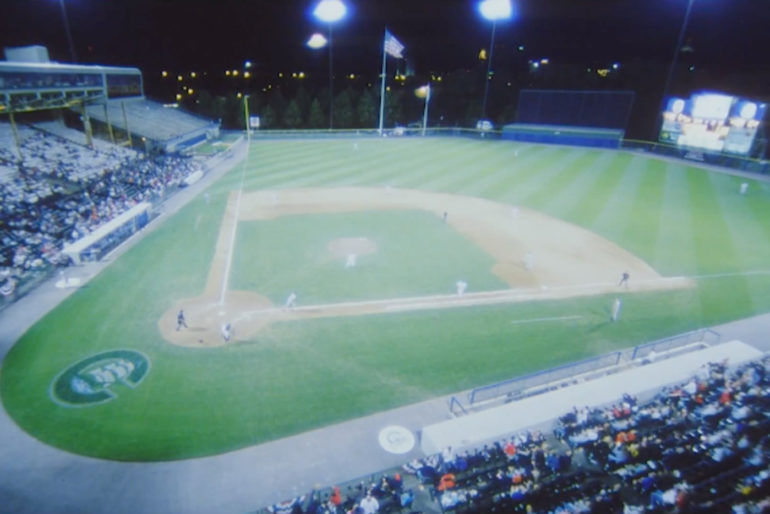 Every now and then, the internet rewards me for my endless obsession with this fantastic city that we all call home.

While searching for some old videos on Youtube, I came across a clip from a 1999 movie that basically transported me back in time. Picture it: Columbus, OH, in the late 1990s. A young Jared Padalecki (yes, from Gilmore Girls and Supernatural) sits decked out in Columbus Clippers gear at Cooper Stadium. If you’re having trouble imagining the scene, don’t worry. You can just watch it here.

The clip is from a sort of obscure movie, originally called A Little Inside. The film can now be found on Amazon Prime as Baseball and the Ballerina, and it tells the story of a 20-something mechanic living in Columbus.

He’s a local legend for his baseball skills, but he’s also a single dad to that cute little girl from the Pepsi commercials of yore. This isn’t really relevant to Columbus, but the Pepsi girl, aka Hallie Kate Eisenberg, is actually the sister of actor, Jesse Eisenberg. The more you know, right?

Pepsi girl loves her dad and baseball, but she’s also a little kid and wants to try ballet, all while her dad is trying to get his baseball career back up and running. I don’t want to spoil the whole movie in case you’re inclined to watch it, but let’s just say it’s full of little gems around Columbus since it was actually filmed here. The cast isn’t full of megastars, but there are some familiar faces you’ll recognize.

I’ve dropped the trailer for the film below, and if you’re interested in checking it out for yourself, you can stream it through Amazon Prime. Considering I was alive and attending Clippers games at Cooper Stadium in the late 90s, I’m pretty sad that I’m just now discovering this amazing piece of cinema. But better late than never, I guess.