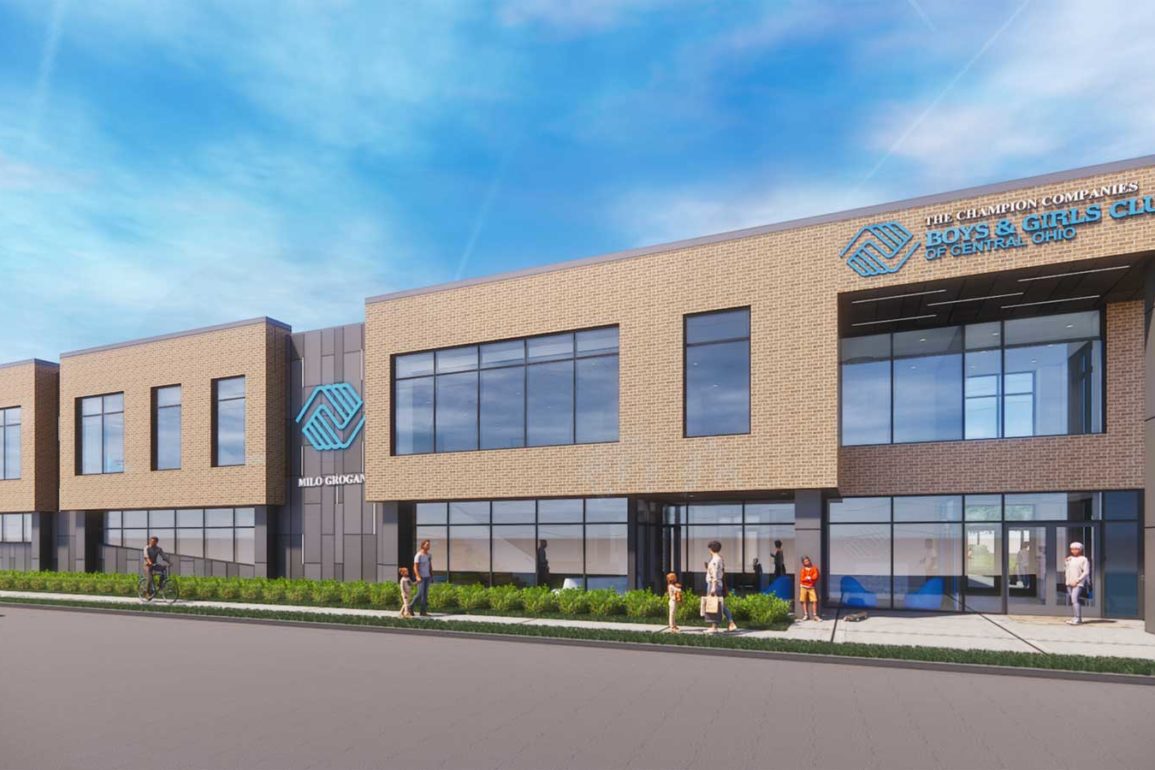 Rendering via The Champion Companies
Development

The Boys & Girls Club in Milo-Grogan is getting a major overhaul.

Demolitions has already begun on the Boys & Girls Club in the neighborhood and The Champion Companies will soon be replacing the 65-year-old Milo-Grogan building with a state-of-the-art facility.

The new 24,160 square foot Club is expected to break ground in November. The building will combine two existing Clubs and move the Boys & Girls Clubs of Central Ohio’s administrative headquarters into this new space.

Those partners have donated nearly $10 million already and are looking to fundraise an additional $3 million to complete the project.

“This project really is the epitome of what can happen when business and community leaders come together- even in the toughest of times,” said Brian Yeager, president and CEO of The Champion Companies and the campaign’s co-chair. “Undertaking this project during COVID-19 and its economic turmoil is a shining example of the ‘Columbus Way.’ When we come together, we can get positive things done for our community. This Club will offer kids a fresh, inclusive space to learn and grow with next-level amenities and programming; as a dad of four, I know how important that is.”

After a charity basketball game at the Milo-Grogan Boys & Girls Club a couple of years ago, conversations about repairing the club first sparked. Ultimately, the decision was made to demolish the existing structure and start fresh.

“At the core of Boys & Girls Clubs is fostering hope, a sense of belonging and purpose in our young people,” Doug Wolf, CEO of the Boys & Girls Clubs of Central Ohio, said. “This project will allow us to enhance those experiences. My hope is that our young people will walk through the doors of the new Club and think ‘the community came together to build this Club for me’ and feel a sense of hope and belonging in the space.”