The holiday season is popping off.

There are so many unique ways to experience the joy of the season around Columbus. Want to spend a morning sipping on hot cocoa and crafting something beautiful? You can do that. Maybe a glamorous out night at the ballet is your style. You can do that too.

Seriously, when it comes to fun holiday activities, Columbus has got it going on. Break out that palm pilot, friends. It’s time to make some plans. 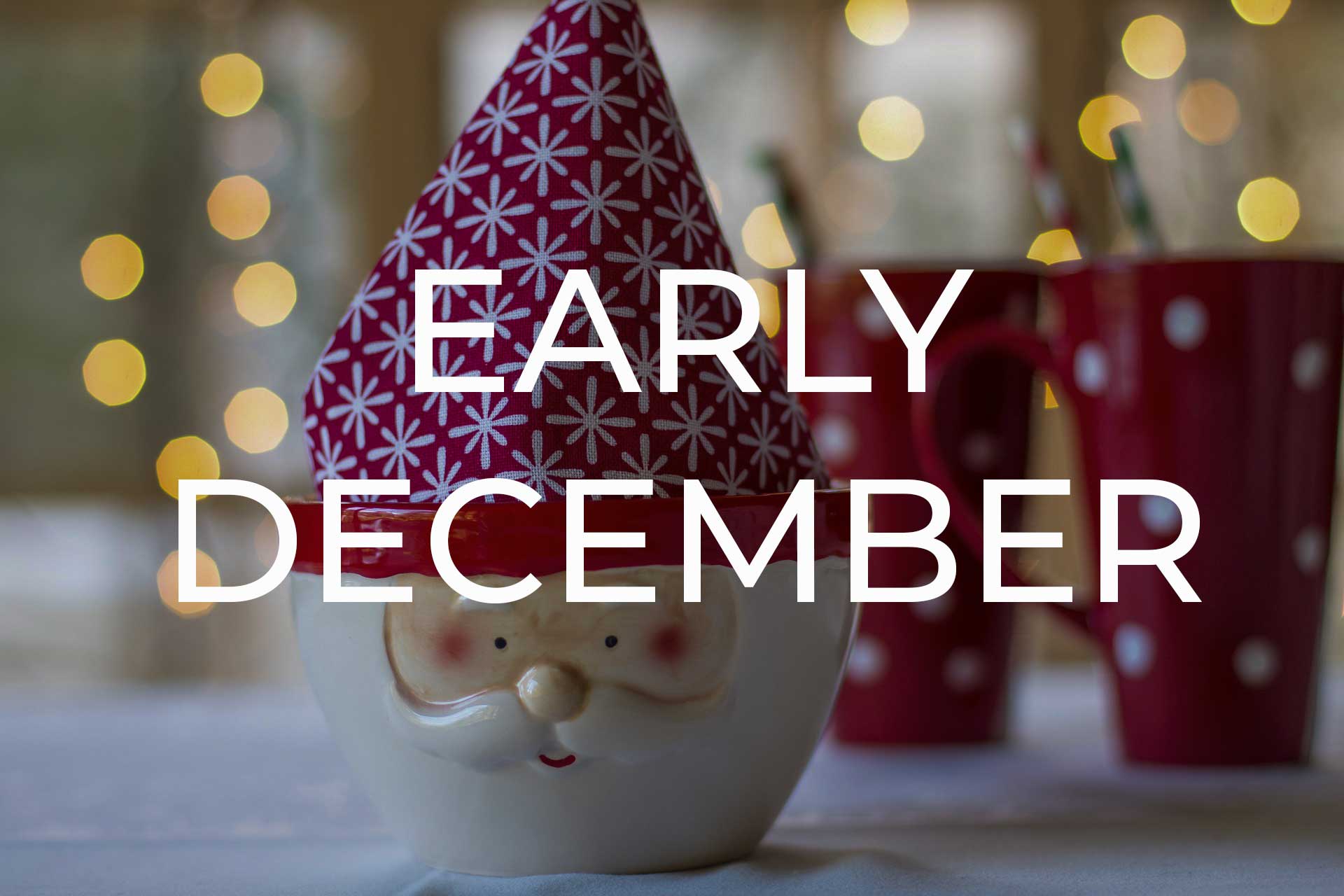 What: Celebrating the 40th anniversary of this beloved annual tradition in Columbus, the Nebraska Theatre Caravan returns over Thanksgiving weekend with its stunning production of Charles Dickens’ A Christmas Carol.
When: November 29-December 1, various times
Where: Ohio Theatre

What: Short North Trolley Co. is bringing back the Holiday Trolley Lights Tour. Head out for a memorable Trolley ride to Columbus’s lighting displays and holiday landmarks. Don’t forget to bring your own beverages on the vintage trolley.
When: November 29-January 5, various times
Where: Tour starts and ends at Land-Grant Brewing Company, 424 W Town St, Columbus, OH 43215

What: Multi-platinum, GRAMMY® winners Amy Grant and Michael W. Smith are reuniting to co-bill their popular Christmas tour this upcoming holiday season, where they will be joined by special guest Marc Martel. A full symphony orchestra will be accompanying each performance.
When: December 1 at 7 p.m.
Where: Nationwide Arena

What: Disney Junior Holiday Party! is a dazzling musical wonderland where children and their families can sing and dance along to their favorite Disney Junior songs plus holiday classics with their favorite Disney friends, including Mickey & Minnie Mouse, the Puppy Dog Pals, Vampirina and many more, plus a special visit from Santa Claus.
When: December 1 at 3 p.m.
Where: Palace Theater

What: Kick off the holiday season with a fun line-up, including Charlie Puth, for KING & COUNTRY, Echosmith, PUBLIC, and Cousin Simple.
When: December 2 at 6 p.m.
Where: Express Live

What: Head down to CD 102.5 for the holiday show, featuring Silversun Pickups, K.FLAY, UPSAHL, Good Shade. $1 from every ticket sale will be donated to CD102.5 for the Kids.
When: December 3 at 6 p.m.
Where: Express Live

What: Cirque Musica presents Holiday Wishes brings a holiday story to life in a full theatrical cirque event for the entire family. Featuring the world-renowned cast of Cirque Musica with your favorite holiday hits all performed by a full symphony orchestra. Audiences will be amazed by the acrobats, aerialists, hilarious hijinks and holiday cheer.
When: December 4 at 7:30 p.m.
Where: Palace Theatre

What: A very special Friend-and-Relation tells Christopher Robin the story of a Christmas Eve very long ago (about last year) when Eeyore, the old gray donkey who lives by himself in the thistle corner of Hundred-Acre Wood, was absolutely miserable. It seems that he had lost his tail, and Winnie-the-Pooh and Piglet organize a search. Fun, excitement and delightful songs illustrate themes of caring, sharing, and the importance of cultivating friends.
When: December 6-22, various times
Where: Columbus Performing Arts Center, 549 Franklin Ave, Columbus, OH 43215

What: Holiday magic transforms the historic Ohio Theatre, filling it with beautiful decorations, wonderful music, and seasonal cheer. The Columbus Symphony Orchestra and Chorus present the season’s most-loved holiday songs and carols, perfect for singing along.
When: December 6-8, various times
Where: Ohio Theatre

What: The Celtic Nutcracker retells the classic Nutcracker tale through Irish dance and music, with original choreography by Muireann Ni Chiara, Millennium Academy’s founder and director.
When: December 7 at 2 p.m. and 7 p.m.
Where: The Lincoln Theatre, 769 East Long Street, Columbus, Ohio

What: The 4th Annual Ugly Sweater Bar Crawl is back and waiting on you to join in the fun. Get that Goodwill sweater, find those tacky holiday pants, and get ready to have a good time.
When: December 7 from 2 p.m. to 10 p.m.
Where: Registration at Granero Lounge, 51 Vine St, Columbus, OH 43215

What: Now’s your chance to participate in a hands-on workshop at the Orchard Lane Flowers design studio. Work with their fresh-cut holiday greens, wire, ribbon, and other accents to create the perfect holiday wreath. Light snacks and beverages will be provided.
When: December 8 at 10 a.m.
Where: Orchard Lane Flowers, 18 Orchard Lane, Columbus, OH 43214

What: The beloved TV classic soars off the screen and onto the stage as Santa and Mrs. Claus, Hermey the Elf, Bumble the Abominable Snow Monster, Clarice, Yukon Cornelius and, of course, Rudolph come to life in a musical adventure about what makes you different is what makes you special.
When: December 13-14, various times
Where: Palace Theatre

What: Hosted by Zora’s House, THE annual WoCO Holiday Market will feature products created by women of color artists and entrepreneurs. From jewelry to candles to clothing and everything in between.
When: December 14 from 11 a.m. to 4 p.m.
Where: Zora’s House, 1311 Summit St., Columbus, OH 43230

What: Grab your friends and flex your creative muscle while upping your holiday game. You’ll learn how to wrap your gifts and craft beautiful, homemade cards. Cookies and hot cocoa will be provided.
When: December 14 at 11 a.m.
Where: Haven Collective, 2025 Riverside Dr, Columbus, OH 43221

What: Witness magic in the making at The Nutcracker, a beloved holiday tradition that has stood the test of time. This spellbinding production invites you inside the earnest and imaginative dreams of young Clara as she journeys with her Nutcracker Prince to meet the Sugar Plum Fairy.
When: December 13-28, various times
Where: Ohio Theatre

What: Join comedian Chevy Chase for a screening of the holiday classic, Christmas Vacation, followed by a Q&A with Chase.
When: December 21 at 7 p.m.
Where: Palace Theatre

What: The Hip Hop Nutcracker is a re-mixed and re-imagined contemporary dance spectacle that transforms E.T.A. Hoffmann’s beloved story from traditional 19th century Germany to the vibrant, diverse sights and sounds of contemporary New York City.
When: December 22 at 7:30 p.m.
Where: Palace Theatre

What: Trans Siberian Orchestra is bringing back an all new version of the original production “Christmas Eve & Other Stories” from TSO’s best-selling album. The show hasn’t been performed in over 8 years.
When: December 26 at 3 p.m. and 8 p.m.
Where: Nationwide Arena