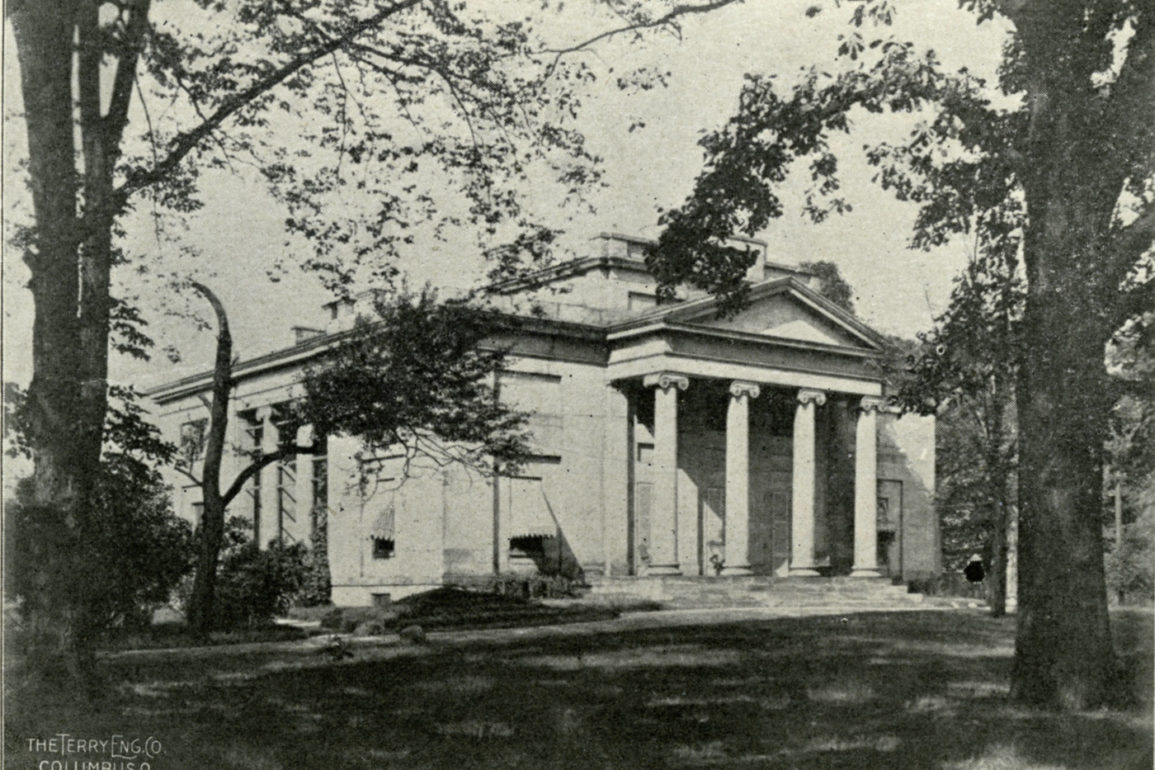 Columbus has been home to many palatial homes through the years.

But not all of them have managed to survive into 2021. Buildings in Columbus get torn down for all sorts of reasons, and the large, impressive homes of yesteryear are no exception.

Broad Street was home to some of the most glamorous mansions in Columbus and today we’re taking a closer look at the Alfred Kelley home.

Kelley was an instrumental figure in a number of issues here in Ohio. He introduced a bill to end the policy of imprisoning people who could not pay off their debts and authored a banking reform bill.

But he was passionate about Ohio’s canal systems, and later the railroad system. The Kelley House was located at 282 East Broad Street and was built in the popular Greek Revival style. Construction was completed in 1838 and the home only remained a private residence for a few years. It operated as a school before it was eventually demolished in 1961.

After the home was demolished, The Christopher Inn, another iconic lost building of Columbus, was built in its place. Today, the site is neither a mansion nor a one-of-a-kind inn. It’s just a parking lot.