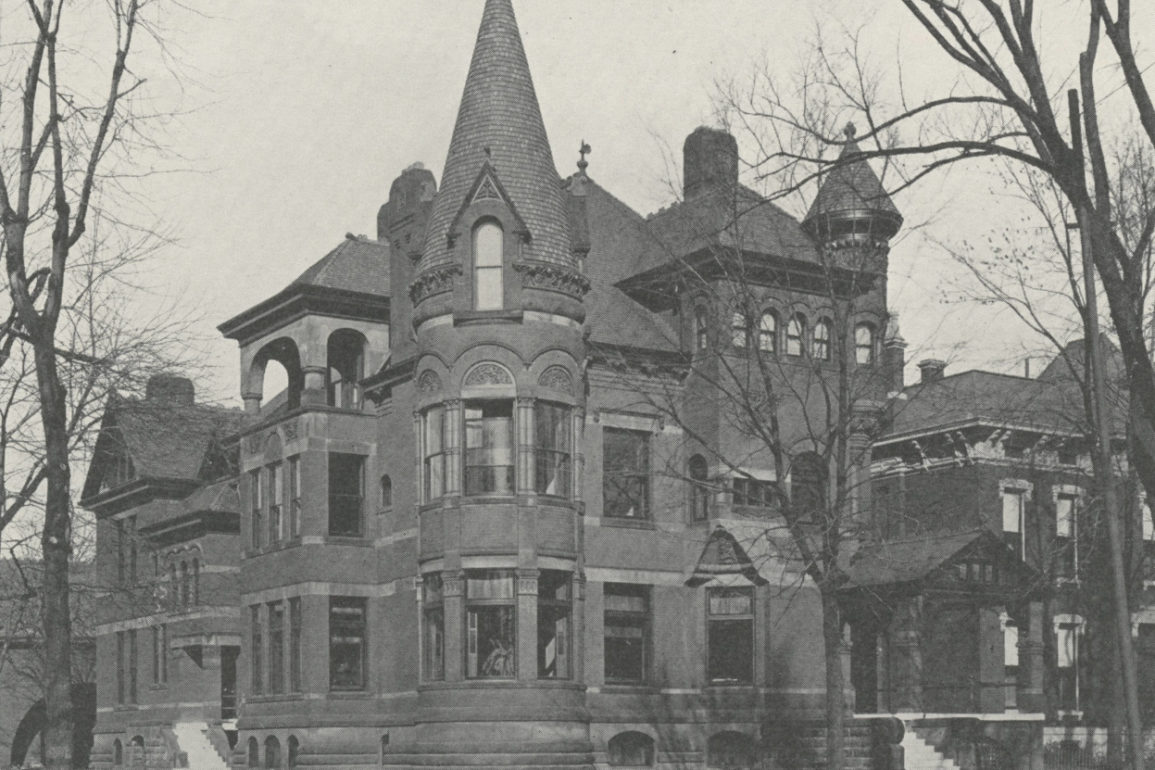 Columbus has been home to many palatial mansions through the years.

But not all of them have managed to survive into 2021. Buildings in Columbus get torn down for all sorts of reasons, and the large, impressive homes of yesteryear are no exception.

These great homes once lined the main streets of the city, with Broad Street boasting some iconic gems. But today, we’re focusing on one East Broad Street home, in particular, the Clinton DeWeese Firestone Mansion.

Located at 580 E. Broad Street, the home was completed in 1887 and had five levels. During the 1880s and 1890s, Romanesque Revival architecture was all the rage here in Columbus. The style started back in Germany in the mid-1800s and immigrants carried it over to the United States throughout the 19th century.

Building a massive home in this style wasn’t cheap, but Clinton DeWeese Firestone could certainly afford it. Firestone founded the Columbus Buggy Company in 1875. It went on to become the largest manufacturer of light buggies in the world.

His stunning mansion, with its unique, red terracotta trim, was the symbol of his business success. The Firestone family lived in the home until 1913.

The following year, the Columbus Mutual Life Insurance Company purchased the property, where it was used as the company’s headquarters until 1942. After that, the home was the site of the Buckeye Union Casualty, but only until 1960. By February 1962, this beautiful piece of Columbus history would be demolished.

Want to see more like this? Check out The Oldest Buildings In Columbus.