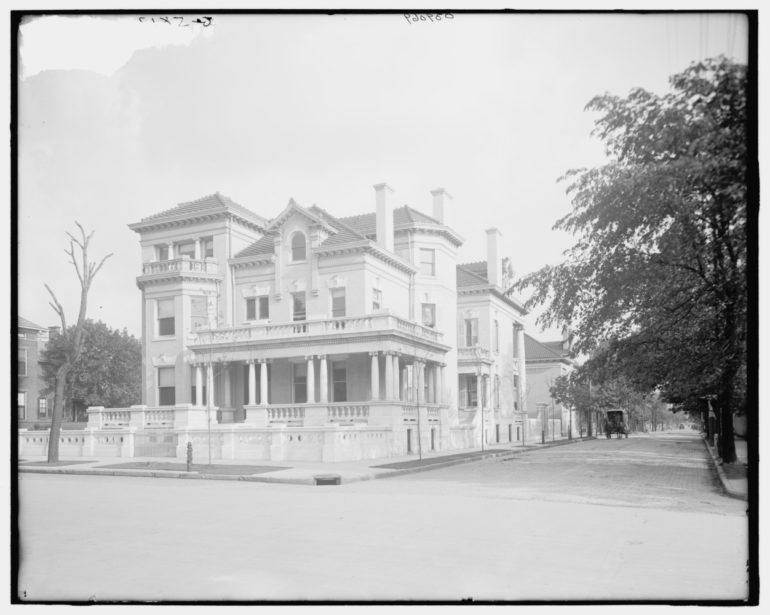 Over the years, some architectural gems have been built here in Columbus.

In the late 19th century, stunning, palatial homes were all the rage for the ultrawealthy here in Columbus. But not all of these incredible buildings have managed to survive into 2021. Buildings in Columbus get torn down for all sorts of reasons, and the large, impressive homes of yesteryear are no exception.

Doctor Samuel Brubaker Hartman was one of the richest men in Columbus. Hartman lived in a massive home on the corner of South Washington Ave. and East Town Streets. The home was completed in November 1904, although Hartman had already been living there for nearly a decade at that point.

Samuel Brubaker Hartman was an American physician, surgeon, and eventually, multi-millionaire quack. Hartman ran a massive grift with “miracle cure” tonic called Peruna. Hartman was one of the most successful patent medicine manufacturers of the 19th century and produced numerous publications through his own company, most of which promoted his medicine Pe-ru-na.

Pe-ru-na was a cash cow for Hartman and sales didn’t start to fall until 1906 when the Pure Food and Drug Act of 1906 forced the doctor to disclose that his amazing tonic was 27-30% alcohol.

The home was opulent, showcasing Hartman’s wealth. Visitors to the home were required to wear slippers and a worker called Thomas Giller said that he once visited to make a twenty minute electrical repair and was forced to wait for two hours because Mrs. hartman sent away to Lazarus for a pair of slippers and waited to have them delivered.

White marble was used extensively in the renovations and when the project was completed, the home was reported to be the only $100,000 house located in Columbus at that time. The home boasted 18 rooms with white marble trimming and frescoes on the dining room ceiling.

During World War II it served as the regional headquarters of the U. S. War Production Board. This imposing manor was demolished in 1963 and now all you’ll find at 513 East Town Street is a vacant lot.