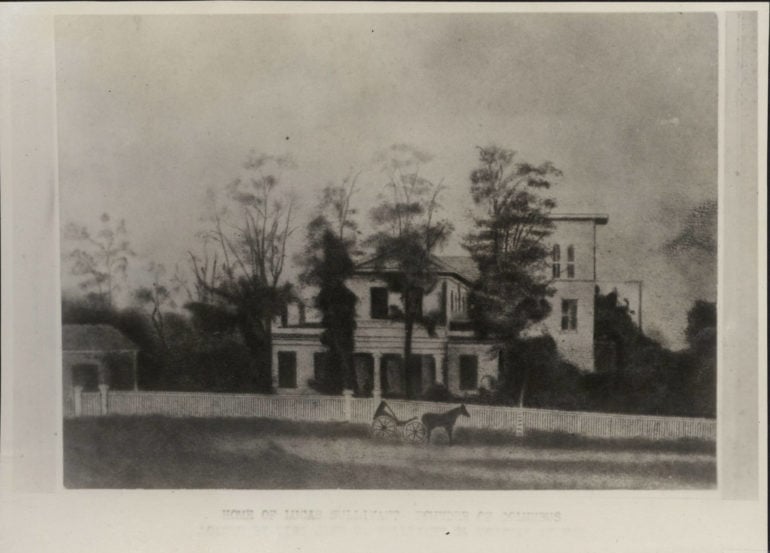 Over the years, some architectural gems have been built here in Columbus.

From the earliest moments of Columbus, influential residents were building homes that the community admired. But not all of these incredible buildings have managed to survive into 2021. Buildings in Columbus get torn down for all sorts of reasons, and the large, impressive homes of yesteryear are no exception.

Lucas Sullivant founded the village of Franklinton in 1797. Sullivant was an Irish surveyor and one of four original proprietors of Columbus. He campaigned to bring the capital to the Columbus area.

In 1801, he built the first brick house in the area for himself and his wife, Sarah near present day 700 W. Broad Street. His original house had two rooms on the first floor and two on the second, connected by a beautiful walnut stairway that was said to have been brought in from Philadelphia.

His wife died in 1814 after contracting typhus while she was taking care of sick and wounded soldiers encamped in Franklinton during the War of 1812. Lucas died in 1823 and after his death, his sons expanded the home and lived there until 1854.

After the Sullivant family left the property, the Order of the Good Shepherd bought the large home to use as a convent. The building remained on the south side of Broad street until it was razed to the ground in 1964 to be replaced by a car dealership.

Before the iconic home was demolished, the massive front door was donated to COSI by Mrs. George T. Johnson, the great-great-granddaughter of Lucas Sullivant. The door opened into a recreation of the Sullivant home in the Yesteryear exhibit at the original COSI, keeping the spirit of this innovative founder of Columbus alive.