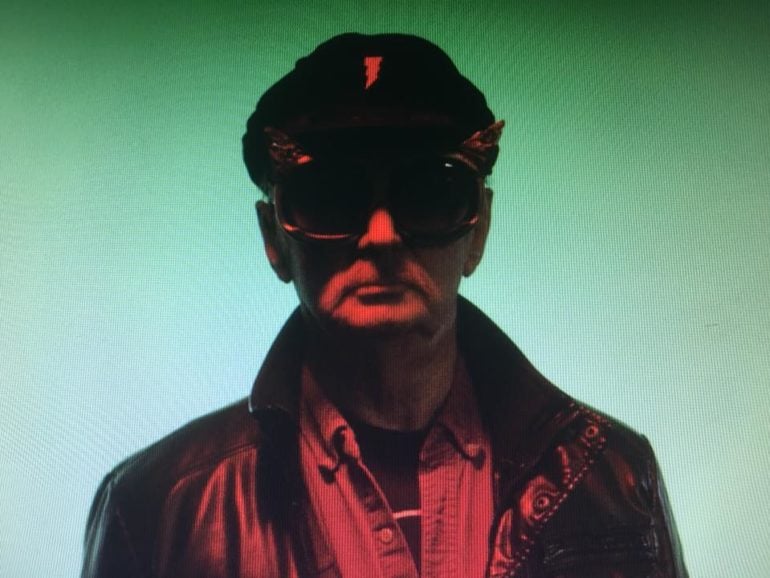 Just Who Is Fritz The Night Owl??

For over 40 years, one alien weirdo has been airing movies for insomniacs and outcasts around the central Ohio area.

There’s a sort of magic that happens late at night. Everything is still and the world holds its breath. During the day everything vibrates, buzzing along loudly, deafening out the smaller, beautiful nuances of our environment. Nuances like the creaking of a door, the soft patter of sneaking footsteps, the thud of your own heartbeat as you realize that you aren’t alone.

Yes, The wee hours of the night can be terrifying, but they can also be soothing, especially in a constantly moving world like ours. No one knew that more than Frederick C. Peerenboom, or as he’s more famously known by the weird and hip, Fritz The Night Owl.

In real life, Frederick Peerenboom was born in Nekoosa Wisconsin, serving a stint in the U.S. Army before starting his broadcasting career here in Columbus. His alter ego, however, Fritz, was born on the planet Zontar and made his home on the WBNS Channel 10 television tower. After everyone left the station he would creep down into the studio, borrowing movies from the station’s film department, and broadcast them over the city to all the other lonely insomniacs and night owls in the city. From 1974 to 1991, Peerenboom played the beloved character, showcasing horror flicks, westerns, and (what would later be referred to as) indie films.

He started off his career as a radio personality and DJ, playing, what he refers to as “the heavy duty stuff”. Modern jazz that excluded the smooth tunes of Kenny G, preferring to play the more hardcore acts of Charles Mingus and Miles Davis. Soon after, he found his calling playing the eccentric alien hosting late-night movie screenings for television. Peerenboom’s soft but solid voice laid over jazz samples fit perfectly, captivating audiences and entertaining them with his oddball and slightly trippy antics. The late-night showings soon became a Columbus staple, earning him multiple Emmy awards and wide recognition in the circles of cult film fanatics.

Eventually, the show ran its course, ending in 1991 after 17 long years. But in 2010, after 19 years of being separated from his Fritz persona, Peerenboom once again resumed hosting movie showings, this time performing live at Grandview Theatre. Now, you can catch Fritz the Night Owl at various live performances throughout the year. He keeps company a whole new generation of insomniacs, night owls, and weirdos. Soothing us with those ultra-cool jazz samples, making us laugh with his bizarre, even-tempered rants.

So if you’re ever up way too late at night, and you need someone to help keep that weary boredom away, go online to download episodes or even head out to a live show. You might even get to say hi to the cool cat E.T., old Fritz himself.