8 Things That Definitely Mean You Were A 1990s Columbus Kid

Just in case you forgot that you were old and that kids have it better now.

Columbus has gone through many changes since the 1990s but those that actually lived through it have the angst-riddled post-traumatic stress to prove it.

It would be a pretty embarrassing and emotional ordeal sorting through all those memories, remembering all the ways that Columbus used to be cool (or is cooler now, depending). Welp, get ready to cringe at all those times you wore JNCOs and grunge flannel, here are 8 things that definitely mean you grew up in Columbus during the 1990s.

You Know What A Big Bear Was

Back in the day you pretty much had two options when it came to grocery shopping in Columbus. You either had Kroger (which still thrives to this day because those Kroger Plus savings are beyond dope) or you had Big Bear (which is about as dead as the Jheri curl and yo-yo competitions). Nowadays you can find their hollowed-out husks randomly scattered amongst shopping centers and strip malls.

Most of them have been transformed into questionably scrupulous mega-churches but perhaps the most profitable outcomes have been seasonal Halloween stores. Not only are the stores large enough to house entire inventories of costumes, but the ghosts of all those disgruntled, yo-yoing, Jheri curl-wearing, cashiers from days of Big Bear past can finally serve some sort of purpose besides being mildly depressing. 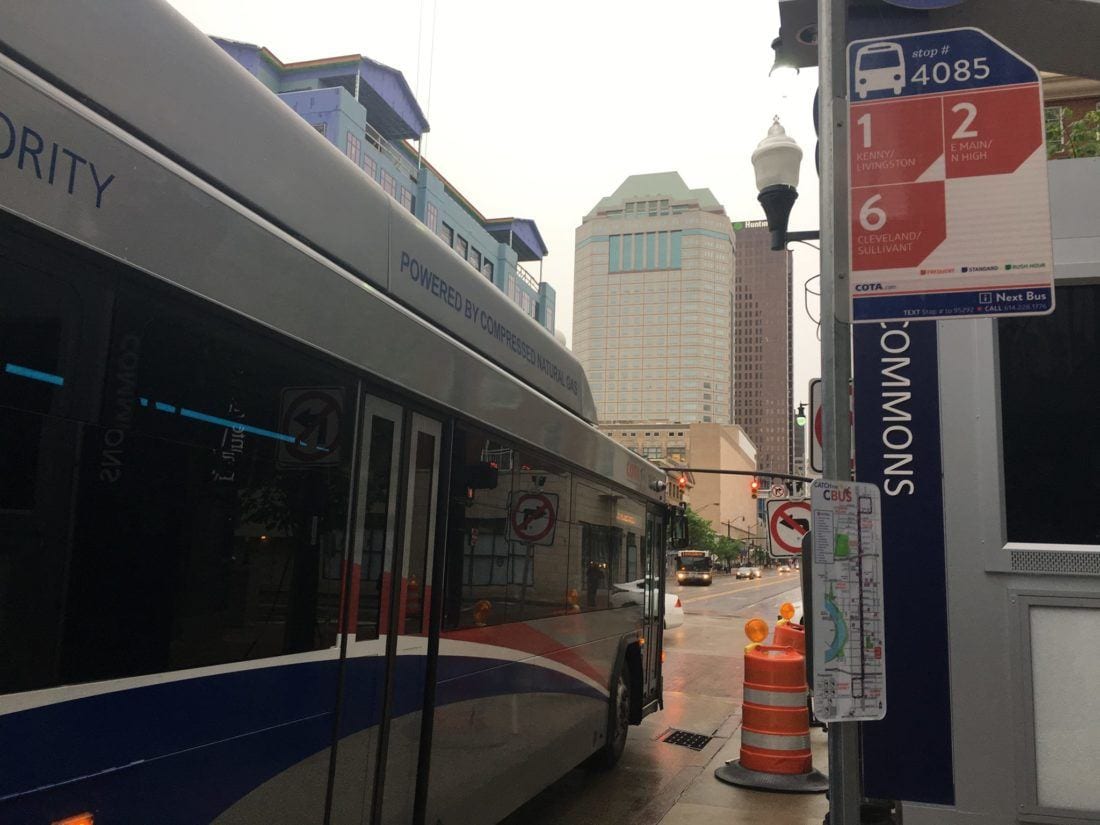 You remember the days of erratic COTA schedules and impossible to time pick-up locations and you bitterly hold onto them in one angry, trembling fist. How many times did you run after early buses or wait in the freezing cold for a late arrival?

Everyone nowadays seems to have no problem catching the number 10 or taking the Long Street line, they’ve all got newfangled bus bike racks and a totally new bus map that you’ve been saying COTA should have redone for years now. But whatever, you’re not that bitter, you’ve had time to get over–wait a sec, you can track buses on an actual phone app now, are you friggin-! (Sigh) Whatever.

You Prefer The Old COSI And Can’t Explain Why

Okay, look, the old COSI was just cooler okay? It had that super old-looking stone entrance that led right to the pendulum and it had that “make-your-own-music-video” area and- and-… mice that could play basketball? Okay, so there’s literally no reason why we prefer the old COSI when the new one is just as cool if not more so (but we will never, ever, admit that). We will always prefer the old space with its charm and that Wendy’s right across the street that you’d hit up after school field trips.

We know it’s probably some misplaced sense of nostalgia but we don’t care. We’re Millenials, remember, apparently nothing we do is supposed to make sense (more than a million people bought pet rocks for Christmas in 1975, but yeah, sure, we’re the weird ones).

Don’t tell me you never got down to those embarrassing pop songs at United Skates or Skate Zone or whatever it’s called now. You totally did the cabbage patch or the tootsie roll with the Skateasaurus Rex and loved it. Thanks to a decade of roller rink birthday parties, you secretly love all that straight-up craptastic tuneage.

I’m talking Christina Aguilera, friggin’ Sugar Ray,  Sisqo, Seal (shut up), How Bizarre by OMC, Natalie Imbruglia, Black Street, Biz Markie, Coolio, Good Vibrations by Marky Mark and the Funky Bunch, Steal My Sunshine By Len, TLC (!!!), Smash Mouth, Genuine, Wheatus. WHO FEELS ME ON THAT TEENAGE DIRTBAG THO!!! …No one? Cool. Just putting it out there, dang.

Be honest Columbus, around the mid-2000s or so you went insane with the whole naming thing. Which, I guess, is pretty cool. Now, instead of saying “that neighborhood over by that one part” or “you know, over by where Randy lives” you have “Olde Towne East” or “Old Oaks”.

A lot of people might be asking themselves now, “but weren’t they always called that?” No. No, they were not. Yeah, they have been for a while now, but I’m talking way back when Livingston and Parsons was a bunch of houses and a KFC before it started to look like a level from Mass Effect 2. Not hating on Children’s Hospital, but it’s throwing out some straight-up Citadel vibes.

You Remember The Kahiki But You Probably Never Ate There

Columbus in the 90s was almost a completely different city than it is today. Its roads and infrastructure have changed dramatically, as has its skyline. But the one thing that seems to be missing the most is the Kahiki’s massive torches and oddly shaped building. Every time I’m traveling down East Broad Street I almost expect to see it just outside my window, burning away on the side of the road. For many Columbus 90s kids, it was a landmark, a constant and comforting force.

We never questioned its existence, it was just another roadside monument to be observed and admired. And we never, ever ate there. I seriously didn’t even know the thing was a restaurant until it closed down. By the time the 90s rolled around the place was already on its last leg. No one was eating at the Kahiki. But the place was legendary back in its day, and we all miss it nonetheless.

You Have No Idea How Eastland Mall Is Still Even Open

You guys know this place is still open right? Seriously, how is this mall still even around? There aren’t enough airbrushed tee shirts and cheesy novelty gifts in the world to justify how this place is still alive and kicking. Sure, we remember going there as a kid with our parents, the smell of fresh cookies and pretzels wafting through the air.

But we also have clear memories of a deteriorating corpse of a mall, ravaged by roaming hordes of angst-filled youths (more on that later). I’m not sure if I’m glad the old mall still has some fight in her or if I’m just bewildered and a little upset.

Back to the roaming hordes of angst-filled teenagers. Yeah, that was us, and we totally made City Center mall prime ground for pearl-clutching and a ton of “well I never”s. Whether it was skateboarding across its smooth tile floor, falling asleep in various mattress stores, or heckling anyone older than us, finding new and exciting ways to get kicked out of this mall was every 90s Columbus kid’s favorite pastime.

The mall’s downfall and eventual demise were completely and 100% our fault and we couldn’t be any more remorseless about it. Hey, at least you guys got that super cool commons there now. The only thing we kinda feel bad about is losing the Flaming Wok on the first floor. That glorious sesame chicken was legendary and I regularly pour one out for its memory to this very day.

So there you have it.

All the things that definitely prove you’re a 90s Columbus kid. If this list got you feeling all nostalgic and in need for a serious trip down memory lane, then let me recommend 10 Nostalgic Columbus Commercials That Will Transport You Back In Time.