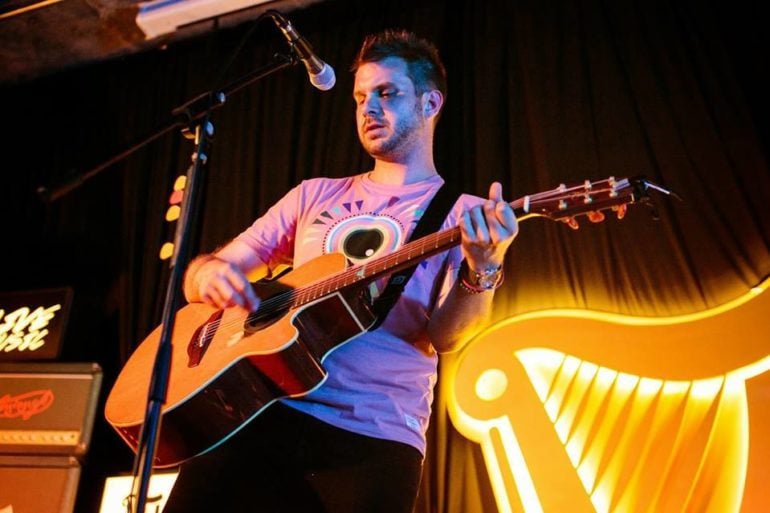 The Dopest Venues In Columbus For Intimate Shows And Cozy Concerts

Looking for a night of live music without the panic-inducing crowds? We got you, Columbus.

When it comes to live shows in Columbus, there’s a ton of concert halls and venues to choose from. We all know about the usual spots and arenas, but where do you go when you want something a little more acoustic with a little less skull-splitting bass? I mean sure, Express Live! and the Newport put on some banging shows, but sometimes you don’t want to deal with a gaggle of bros armed to the teeth with Redbull and unearned confidence.

Sometimes you want to trade the sea of Mountain Dew flatbill caps for a more mellow crowd of hippies, culturally appropriating Indian fashion and smelling just slightly like stale Nag Champa. We checked around town and asked some of the hippest beatniks we know to find out where to go for a night of live music at a more intimate, chill setting. Check out our list and tell us what we missed.

Dick’s Den has a deep history with the Columbus Jazz scene. Always good for quality music featuring some of the city’s most talented musicians. Also good for a cheap drink and a great dive bar feel when you feel like slumming it up with the cool kids.
Where:  2417 N High St, Columbus, OH 43202

Once known as Andyman’s Tree Bar, this cultural hub of chic sound was originally founded by local legend and DJ Andy “Andyman” Davis himself. Tree Bar is the perfect place to check out emerging Indie acts and cop yourself some dang good whiskey while you’re at it.
Where: 887 Chambers Rd, Columbus, OH 43212

Two Truths is a relatively new player to the field. This laid back, Egyptian themed jazz bar has a slick, hip interior and a list of cocktails that’ll get you snapping your fingers and tapping your feet to whatever act is up. Scope this place out now so you can say you were into it before it got all popular and sold out, you shameless hipster you.
Where:  1205 N High St, Columbus, OH 43201

Known for hosting both local and national touring acts, Rumba Cafe has had some of the most popular current bands play its stage. Every Sunday their house band, Hoodoo Soul Band, drops some of the funkiest danceable tunes in the city. If they can’t get you on your feet and moving, you might be dead.
Where:  2507 Summit St, Columbus, OH 43202

Spacebar lines up bands from out of this world. Chances are if you have some far-out tastes with a hankering for the weird and the local, you’re definitely walking into the right place with Spacebar. And if you want a bit of the spotlight yourself you could always sign up for punk rock karaoke, wailing out angsty tunes every Monday.
Where: 2590 N High St, Columbus, OH 43202

The venue itself is just super cool. With pretty good acoustics and a rocking back patio, every show is more like a rocking party than it is a concert. Be sure you don’t miss out on their awesome dance parties. And if you’re into the goth thing, check out Cathedral every second Saturday of the month for all your dark synth-pop needs. If you’re not into the whole goth thing I recommend you check it out anyway, just to say you did.
Where:  2619 N High St, Columbus, OH 43202

The Big Room is backed by local alternative station CD 102.5 which means you can see some rather big acts here depending on the day. When they aren’t playing live music on the weekends you can stop in for open mic Mondays, music trivia on Tuesdays and a swing dance party on Wednesdays. As the saying goes: this is a bar with a radio problem.
Where: 1036 S Front St, Columbus, OH 43206

This unassuming looking venue focuses on the unlikely combination of music and craft soda. Rambling House mainly caters to a folk or traditional sound, putting just as much effort into choosing bands as they do in making soda. Enjoy live music from Tuesday through Sunday while sipping on sarsaparilla, although now’s a good time to admit that I have zero idea what that actually is.
Where: 310 E Hudson St, Columbus, OH 43202

Not only is this a great venue for live music and comedy, but they have one of the best happy hour deals in town. $3 craft beers and $2 domestics? Um, yes please and thank you? Woodlands is just the right size to get a decent party going without feeling like you have to surface for air every 15 minutes. Here you have one of the best show halls in Columbus to see a performance and still feel comfy in your own skin.
Where:  1200 W 3rd Ave, Columbus, OH 43212