What Was Columbus Like In The 1950s? This Old Footage Gives Us All A Peek

I’ve been going for a lot of walks lately, but one of my favorites has to be taking a walk down memory lane.

Looking For Work? This Is Who’s Hiring Right Now Around Columbus

Oh, man. That was a joke even my dad would be ashamed of. But nonetheless, it’s true. I think it’s safe to say that we all experience feelings of nostalgia from time to time. In that spirit, I thought we could take a peek back at life in Columbus throughout the years.

Today, we’re taking a deep dive into some of the most interesting vintage Columbus videos I’ve ever seen. Up first, we’ve got a video put together by Reader’s Digest. The popular magazine was visiting Columbus in the late 1950s to conduct market research on the effective use of advertising.

They chose Columbus due to its reputation as a test city, and the video frequently calls our town “Columbus, Test City, USA”. Overall, the video is an interesting glimpse into the lives of white, middle to upper-class Columbus residents during the middle of the 20th century.

The video starts with some grainy footage of the Columbus skyline, which to be honest, doesn’t look all that different. Right off the bat, Reader’s Digest is ready to talk about the test market here in Columbus. Throughout the video, various Columbus residents are interviewed and given an opportunity to plug Reader’s Digest. 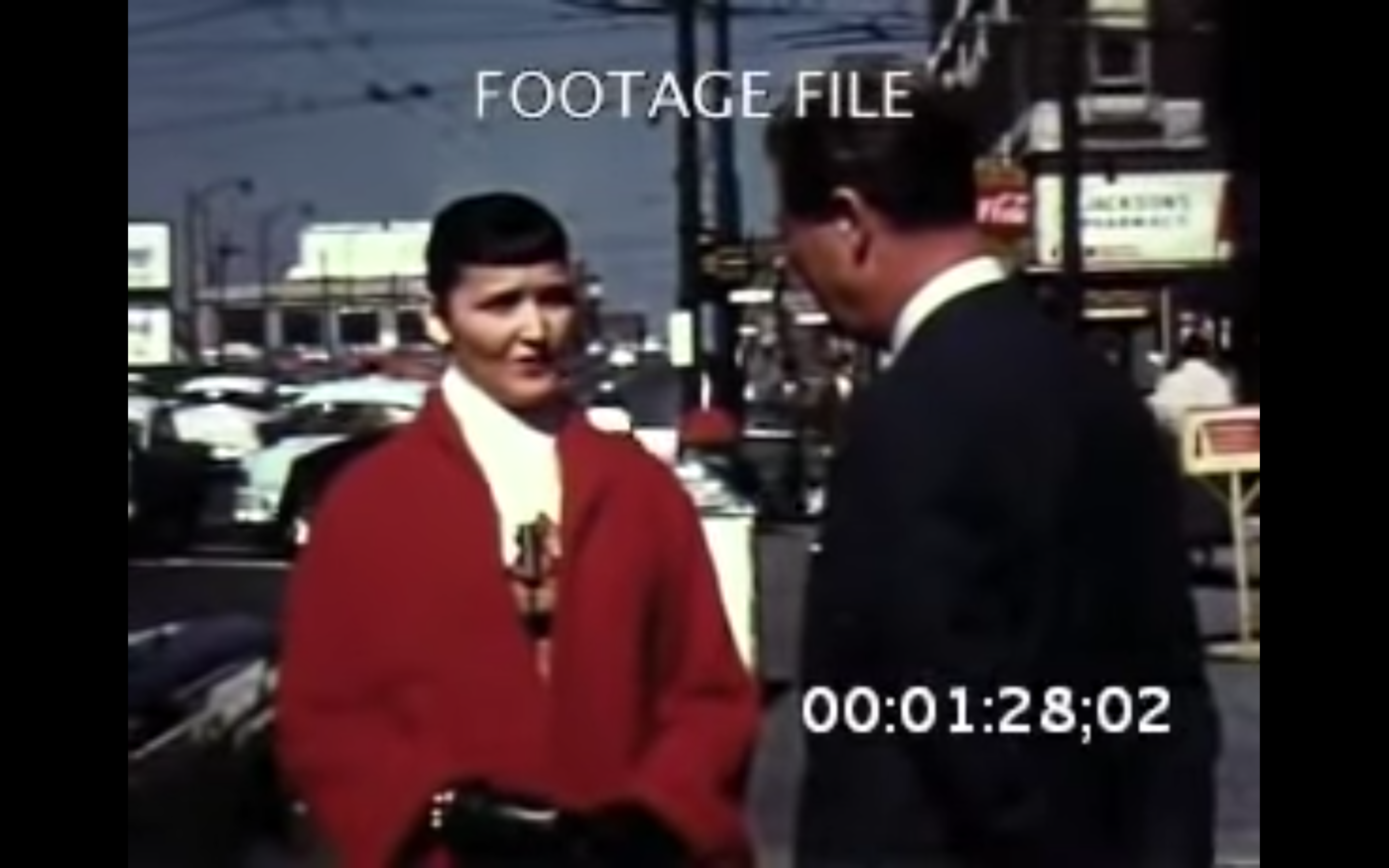 Interview subjects ranged from your average Columbus resident to company CEOs and Police Captains. For me personally, the most eye-popping moment came at the end when Reader’s Digest analyzed their readership, proudly announcing that poorer neighborhoods on the southeast side of the city had lower subscription rates than high-end neighborhoods like Upper Arlington and Bexley.

The video is an interesting glimpse into the life of some Columbus residents and into the world of advertising in general during the 1950s and 1960s in America. I’m sure you can’t wait to take a look for yourself, so you can watch the full video below.

It was in this endeavor that he came across some fantastic footage of Columbus from the 1950s. “I found the Columbus film reel at an antique store about a year ago,” Michael told me. “It wasn’t labeled and I had no way of knowing what it was until I brought it home and screened it on my projector.”

Once he popped it in, he still had to go through the process of discovery where the footage had been shot. He watched the film, checking for specific details that would clue him in.

“I knew that it was an American city because you can see the flag at one point. I knew that the people who shot the film were from Windsor and that they most likely were on a trip visiting family or something,” Michael explained. “I had a hunch it wasn’t Michigan because there were several cars with front license plates. So I thought maybe it was Ohio.”

The real clue when he spotted Queen Bee Restaurant. After a quick Google search, he discovered that there had been a Queen Bee Restaurant here in Columbus in the 1950s. Queen Bee was located at 248 S 4th St, Columbus, OH 43215. If you swing by that address these days, you’ll find Dirty Franks Hot Dog Palace.

Although there wasn’t much information to go on about who was behind the camera or when exactly the film was shot, Michael was able to figure out a few details. The reel was part of a set of home movies shot by the same family in the mid-1950s. Other films indicated that the year was 1955, so Michael estimated that all of the films probably took place within a year or two of 1955.

The film shows glimpses of a variety of old Columbus businesses, bustling downtown streets, and even one exasperated exchange between pedestrians in the crosswalk.

Hidden gems like this are hiding in antique stores and estate sales all around. If you’ve ever been interested in finding old films and processing them, Michael says there’s a simple, inexpensive way to do so. “The easiest and least expensive way to do it is to get a 16mm projector and a screen and then capture the projection with a DSLR camera,” said Michael. “From there it can easily be uploaded and edited on a computer.”

If you want to see more old videos, you can check out Michael Evans’ YouTube Channel here.

As human beings, we have a tendency to view the past in the best light possible.

I’m not an expert, so I can’t tell you exactly why we do this, but I can speak to the feeling of nostalgia. I tend to find myself yearning for simpler times and when history gets boiled down, we tend to tell the inspiring stories, the ones that paint the prettiest pictures of the past.

All that being said, we all know that it wasn’t always sunshine and roses for everyone in days gone bye. Whenever I come across old videos depicting everyday life in Columbus or Ohio, I always view them with a degree of skepticism. But this video in particular is so painfully upbeat that I can’t help but begrudgingley admire their commitment to the narrative.

Columbus is the first city featured in the video. It will come as a shock to absolutely no one that most of the time dedicated to Columbus revolves around the Ohio State University. Even in the 1950s, fans would pack the stadium on weekends to cheer on the Buckeyes. While a lot of things have changed in the last 70 years, this city’s love of football has not.

Throughout the video, each major city in Ohio is whittled down to its main manufacturing industries. In Cleveland and Youngstown, it’s steel. The video shows rows of smokestacks and molten hot steel, all accompanied by cheerful music that makes it seem less like a physically demanding job and more like a fun day for the old gang down at the mill.

In Toledo, glassblowing takes center stage. Some cities mentioned are highlighted more for their famous residents, like the homes of Ohio’s presidents, inventors, and daredevils.

While it’s nice to reminisce, it’s hard to swallow some of the beauty the narrator is selling. At one point, he describes pollution from steel mills as “soaring stacks make a smoking majesty of the sky. Such is beautiful Ohio!”

The narrator calls Columbus “proudly progressive” which we can take as a compliment, however, the video features virtually no people of color and casually labels Ohio as formerly the “happy Indian’s hunting ground.”

The contrast between the older video and modern “tour of Ohio” style videos is immediately evident. Instead of focusing on the industrial aspects of the state, modern videos tend to highlight arts, sports, local businesses, and most obviously, diversity.

It’s so interesting to dream about what the videos of Ohio will look like in another 70 years. I can only hope they continue to showcase and celebrate our state’s diversity and ingenuity.