This Historic Lake Erie Island Home Is A Total Dream

A historic home is for sale on Lake Erie’s Middle Bass Island, and it’s a stunner.

With views of South Bass Island, Perry’s Monument, and other islands, this Victorian island home has over 130 feet of waterfront views. Whether it’s having a drink on the large screened porch or reading a book in the hammock overlooking the lake, this place has an awful lot of convincing selling points.

Middle Bass Island formed millions of years ago as glaciers crept into the region. Native Americans, including the Erie and Iroquois people, frequently visited the islands of Lake Erie. Lake Erie is the 12th largest freshwater lake in the world, but the depths of this massive lake are relatively shallow.

The waters surrounding Middle Bass Island are between 25-30 feet, and that shallow depth allows more intense storms to form on the Lake. Due to the sometimes violent nature of those storms, the island wasn’t regularly inhabited until European colonists began to arrive in the region.

When French explorer Robert La Salle landed on Middle Bass Island in 1679, he named it Isle des Fleures, the Island of Flowers, due to an abundance of wildflowers growing.

The island still has so much charm and beauty, and that’s totally embodied in this adorable island home. Let’s dive in and take a closer look! 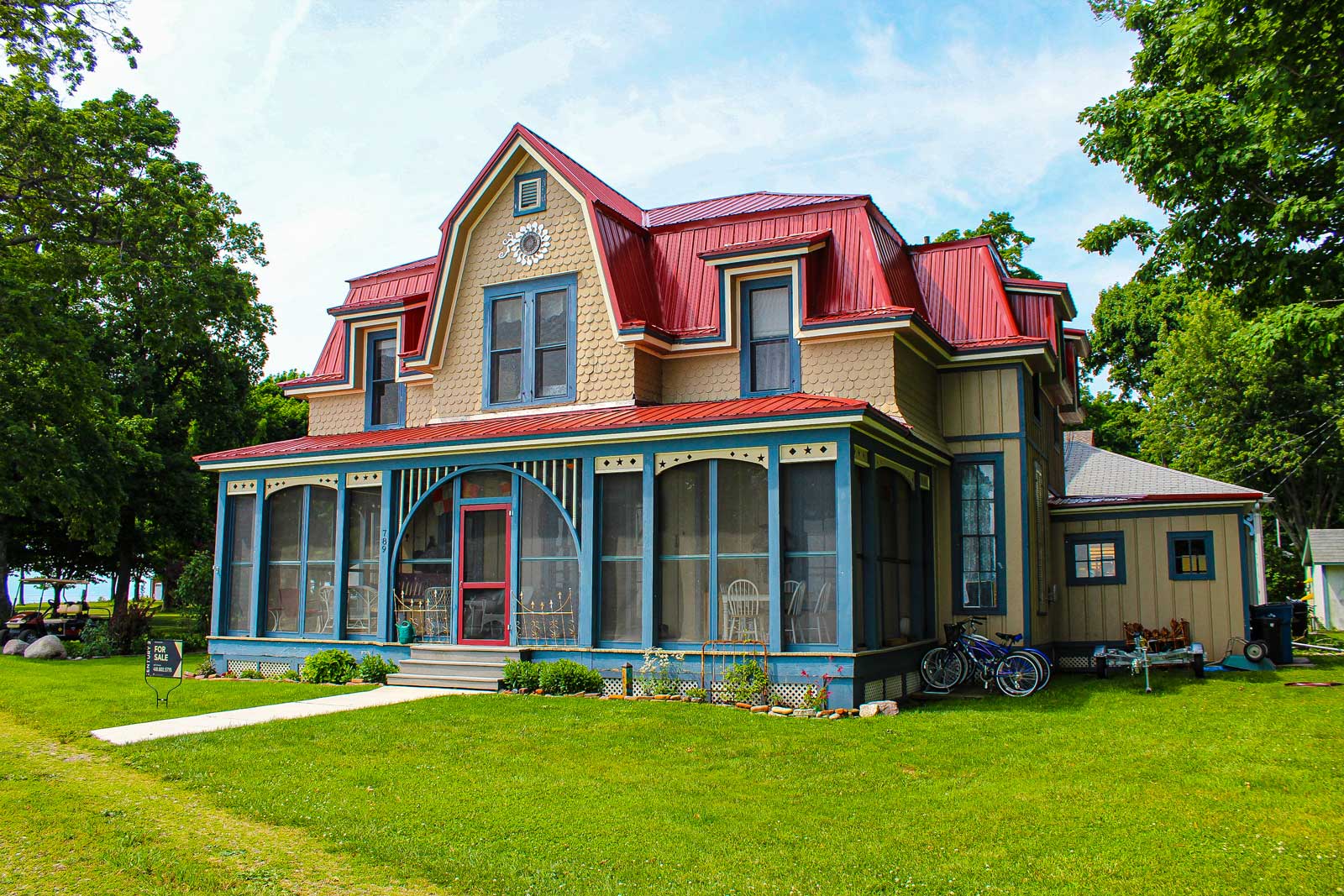 There are 5 bedrooms, two bathrooms, and over 2,300 square feet of living space.

But before we head inside, can we just take a second to appreciate the view?

When you first walk up to the house, you’ll enter the spacious screened porch.

Which, in case you’re wondering, also has beautiful views of the lake.

The interior of the home is full of charming, original touches.

From the massive windows, to the extra ceiling height, to the gorgeous cased openings, this property just keeps impressing.

The home is currently listed for $425,000. To learn more about his gorgeous spot, you can view the full listing here.

Bonus: If you’re interested, you can watch a video tour of the home below.