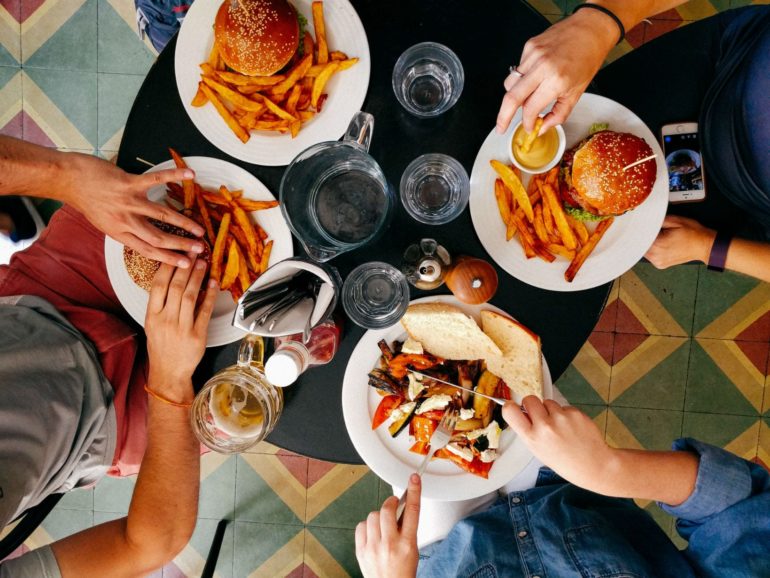 The 9 Foods That Pretty Much Define Columbus

These foods aren’t just important to us, they’re a part of our city-wide identity.

It’s not too much of stretch to label Columbus as a pretty food-centric city. There are two things we do remarkably well: hate other sports franchises and pack as many calories as humanly possible into one food dish.

But there are some foods that pretty much define who we are. More than just well-known dishes, Columbus couldn’t be the city it is without them. We put together the nine foods dearest to all of our tiny little beating buckeye hearts. Foods of Columbus — we salute you.

Perhaps the biggest celebrity in the Columbus food scene is this gargantuan heart attack waiting to happen. Should you eat it? Probably not. Will you though? That’s going to be a resounding ‘umm, yeah??’
Where: 183 Thurman Ave, Columbus, OH 43206

Columbus loves a good hot dog, especially one with spicy corn relish, sweet corn, pickle relish, jalapeno, and celery salt. All those flavors practically scream Central Ohio. The only way it could be more any Columbus is if we topped it with a gob of peanut butter and smeared it with chocolate. Which we, you know, would totally not do. Heh… heh.
Where: 248 S. 4th St. and 2836 W. Broad St.

There’s nothing we love more than a hometown success gone nationwide. Jeni’s has taken the biggest cities around the US by storm and has has a ton of flavors, all of them are friggin’ incredible. But there’s something about the salty sweetness of Salted Caramel that stands out as extra Columbus-y.
Where: Various locations throughout the city.

How can we make a list of the most Columbus foods ever and not include Donato’s? Sure, it’s a pretty huge pizza chain that operates throughout 8 different states in the U.S., but we all know its home is right here. Besides, that edge to edge, crispy thin crust pepperoni pizza could go on our city flag and no one would question it.
Where: Various locations throughout the city.

Taco’s Made Your Way | Condado Tacos 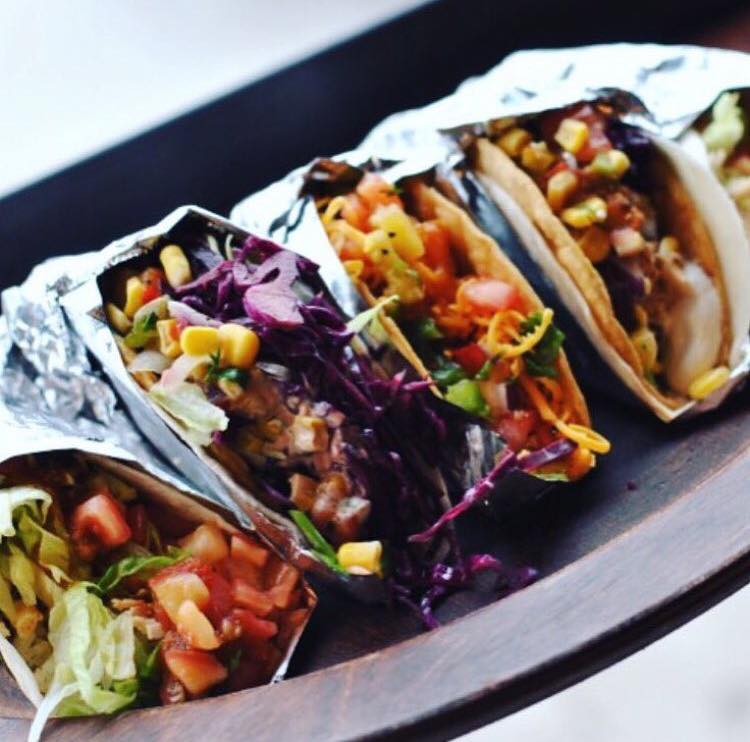 Look, we get it, we totally have a taco problem. Columbus has a ton of places to choose from when it comes to chowing down on the stuffed tortilla goodness, but Condado’s has a special place in our heart. Probably the best part is getting to fully customize your taco experience and completely trick the little dudes out. A truly gnarly noshing session if there ever was one.
Where: Various locations

It’s a gob of peanut butter plopped in the middle of a chocolate frosted donut. Where exactly are we losing you on this?
Where: 1998 N High St, Columbus, OH 43201

Grilled Cheese Monday at Bodega is practically a Columbus institution. And why wouldn’t they be? These tasty, dippable, dunkable, grilled cheese darlings go for a buck each. Who’s gonna say no to $1 grilled cheese? No one from Columbus, that’s for sure.
Where: 1044 N High St, Columbus, OH 43201

What’s more Columbus than putting a fried hot dog on a Pizza? We didn’t invent cholesterol but we practically turned it into its own shameless art form. Trust me, Mikey’s Pizza Dawg, dipped carefully and lovingly in their Unicorn Sauce, has saved lives.
Where:  Various locations

Schmidt’s has been a part of the Columbus food scene for just about 80 or so years and the cream puff is the star of the show. All that fluffy, creamy goodness is the perfect way to end your meal at Schmidt’s or the reason to stop by in the first place. Either way, you win.
Where: 240 E Kossuth St, Columbus, OH 43206