Shrimp Lips On Parsons Ave. Lives Up To The Hype, And Then Some

Seafood is one of those things that I love eating, but I never have the desire to cook it myself. Any time I want shrimp or crab, I’m always underwhelmed in how poorly I cook fish. A waste of good seafood, sadly.

Shrimp Lips is a newish restaurant on the south end of Columbus, in between Merion Village, Vassor Village. Located on the corner of Parsons and E Welch Ave, the take-out only restaurant has had consistently strong reviews with a 4.4 average on Google over more than 350 reviews.

Facebook is even more impressive, with a 4.7 rating, and more than 15,000 Facebook users have “liked” the page. Originally, Shrimp Lips started life as a food truck, although, with the advent of COVID-19, there are few places to exhibit that right now.

The restaurant is a black-owned, family-owned restaurant. The daughter of the owner has even been featured on Food Network’s Diners Drive-Ins, and Dives – hosted by Flavortown native, Guy Fieri. 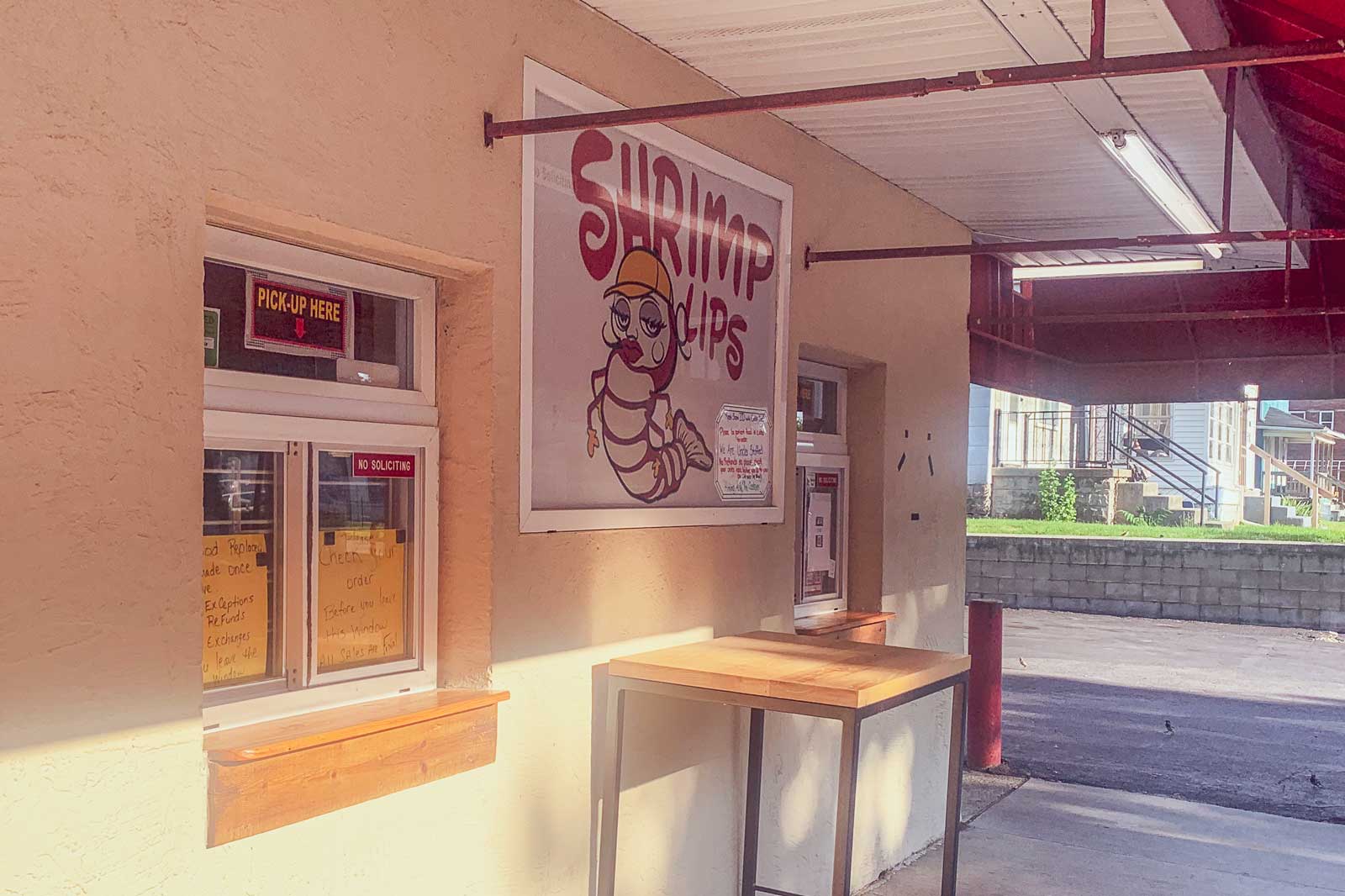 Their food is nearly all seafood-based, although they do serve a few chicken dishes as well. Sorry, if you’ve got a shellfish allergy, this may not be the place for you!

The fare here is not stuff like sauteed shrimp on a bun, or maybe a crab cake or two; Shrimp Lips has a wide variety of seafood, one you may not quite expect from a take-out only establishment. The southern soul roots are clear in the cooking, and choice of plates.

You might not expect to find a pound of snow crab legs, a crawfish platter, or lobster tails at a place that isn’t a sitdown restaurant with three dollar signs on Yelp, yet Shrimp Lips have them. They’ve even got alligator on the menu!

Being take-out only doesn’t mean that Shrimp Lips itself isn’t charming though – the exterior of the building is exceptionally clean. The mascot of a shrimp drawn out with big cartoon lips is on the main sign, and all over the building. It’s cute. Even in 90-degree weather, during a pandemic, everyone is speedy, kind, and there’s a real sort of camaraderie of waiting for your order on the sidewalk.

Shrimp Lips says this about their food:

“The plates are made with a delicate touch of everything you crave. Shrimp Lips uses a unique blend of spices and designs dishes that you cant find at any other seafood location…”

Let’s go ahead and say it now: Shrimp Lips is delicious.

My order consisted of two things – the Shrimp Taco with Cajun Fries, but I also ordered an a la carte order of lobster mac n cheese. I can’t resist. I love mac n cheese.

The Shrimp Taco has a frybread shell, filled with fried shrimp, spinach, chopped onion, tomato, drizzled with their “special shrimp lips sauce”. The Frybread base is one of the best parts of the dish,- the bread is warm and chewy – it has the right amount of give. It’s also sturdy; refuses to fall apart while consuming and it soaks in all the flavors from the veggies, sauce, and shrimp.

The shrimp themselves are fried – plump, juicy, and well-seasoned. Also, they’re definitely not stingy with the shrimp number in the taco itself. The “Shrimp lips special sauce” is a slightly sweet, slightly tangy sauce that ties the whole taco together – and to be honest I should have ordered a side of it to dip my fries in.

The Lobster Mac N Cheese is so special. Sometimes when people make mac n cheese with the addition of seafood, it almost always feels like an afterthought – just yet another side dish to offer to people, that doesn’t fit in with the rest of the menu.

Not the case at Shrimp Lips. The Mac N Cheese feels well thought out and highly considered, it feels as natural on the menu as the hushpuppies or crab legs do. The Mac n Cheese is very creamy, and the pasta is perfect – neither overly firm nor mushy and overcooked. The pasta, topped with lobster, and seasoned reminiscent of the other dishes on the menu.

I get why there’s always a wait.

Kevin Williams is a freelance writer and a northeast Ohio native.

View all posts by Kevin Williams