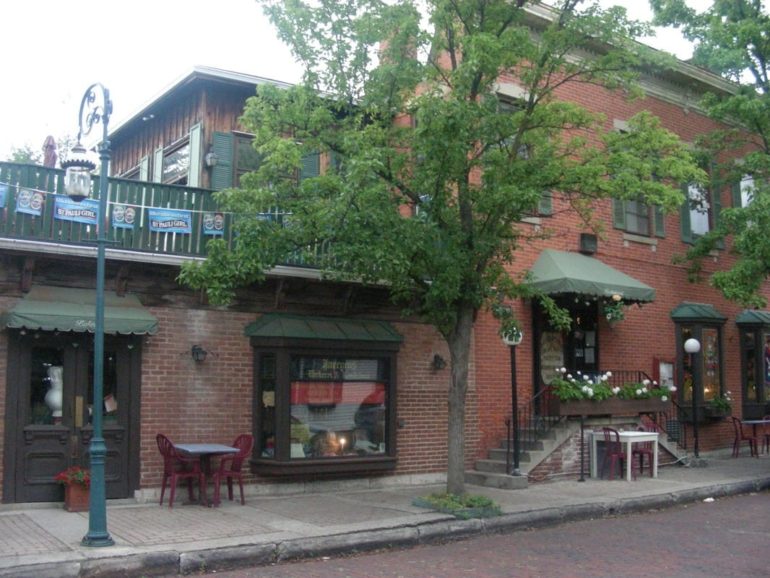 Juergens Bakery Is Closed. A New German Restaurant Will Take Its Place

When signs went up last week that Juergens Bakery was “closed for remodel”, the neighborhood was pretty surprised.

Prior to its closure, Juergens had been a German Village institution for more than 50 years. The bakery had been visited by many famous faces, including Burt Reynolds, Arnold Schwarzenegger, and many politicians.

The new restaurant, which has yet to be named, will be a German eatery. It’s being developed by the men behind Wurst und Bier in Crosswoods, A.J. Ndreu, Enis Ndreu, and Elidon Hizmo.

A.J. Ndreu spoke with This Week, explaining that the renovation would take about three months. The restaurant will have two bars, one which will be German-style upstairs, and a modern bar downstairs.

“We’re still in the planning stages right now, so we’re not 100 percent (certain) of the menu,” Ndreu told This Week. “It’s going to be German, but it’s going to be different from Wurst und Bier.”

The owner, Rosemarie Keidel has yet to comment on the situation, but Ndreu told This Week that he had been speaking to her about leasing the space for about a year. Although the neighborhood is losing an authentic German treasure, it’s reassuring to residents that another German restaurant will be moving in.

The neighborhood is exactly where Ndreu wants to be. “I love it, the whole atmosphere,” Ndreu said. “You exactly feel like you’re in Germany. People over there, they will have another really cool place to go out.”