If you live in Columbus, you probably already know the craze that is Hot Chicken Takeover. I’m absolutely obsessed with HCT and so I was thrilled to try out their new vegan option “not chicken.”

I love when my stepdad suggests we get Hot Chicken Takeover for dinner. It’s truly one of my favorite places. The only downside is that my vegetarian mom only eats mac’n’cheese when we go.

The idea of a vegan option was genius. Now the joy of teary-eyed, runny nose, Southern cayenne goodness can be spread even further! 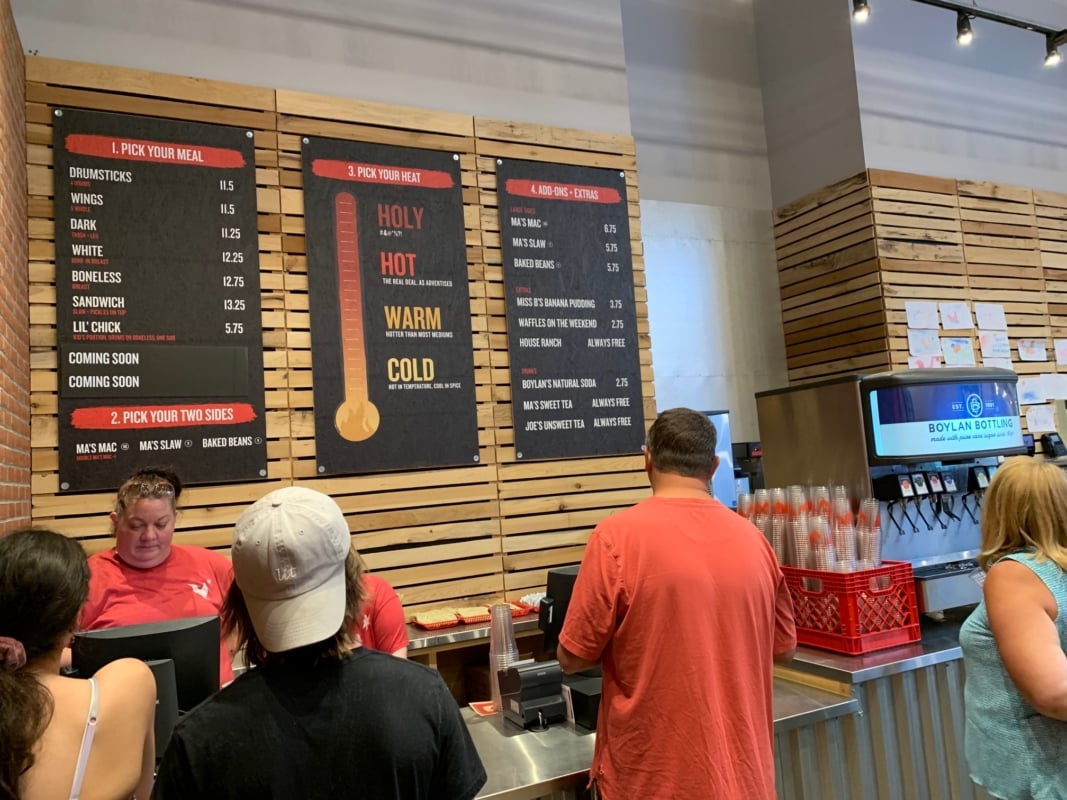 The not chicken is made out of their house seitan. Seitan is a common meat substitute made out of wheat gluten.

To be very clear, it does not taste like meat. If you’re expecting it to taste like the chicken that you know and love, you’re going to be very startled. But as seitan, it’s an amazing option. The texture isn’t too chewy or too tough. According to my vegan friend, good seitan is really difficult to make, so kudos to HCT.

As you can tell, I was surprised by both the perfectness of the flavor and the texture that was foreign to me. My vegetarian mom and her vegan coworker were less surprised because they haven’t eaten chicken in a long time. They went into it prepared for seitan.

The other important thing to note about the not chicken is that it doesn’t soak in the spice the same way the chicken does. The flavor is the same but the heat is less intense. I always order “warm” but for the not chicken I could have gone with “hot”.

Did you know that their coleslaw and their baked beans are also vegan? I didn’t. I also hadn’t tried the baked beans yet and oh my goodness, I was totally missing out.

We recognize that one of our core values, inclusivity, encompasses diets and food preferences too. ⠀⠀⠀⠀⠀⠀ We've spent the first half of the year testing and perfecting our Not Chicken recipe and we believe we've created something really different and special that still has all the HCT flavor for our vegetarian + vegan friends. Introducing #NotChickenTakeover: Crispy + coated with our signature cayenne rub, our new housemade seitan recipe can be ordered two ways. As a traditional sandwich, or served open faced on two slices of bread with pickles on top, Not Chicken pairs perfectly with our new vegan side, Baked Beans and Ma's Slaw. ⠀⠀⠀⠀⠀⠀ Not Chicken will be available at all three locations exclusively on Monday, August 19 and Monday, August 26, with a plan to announce full time menu release later this month. We're grateful for the opportunity to bring more people to our tables and can't wait to hear what you think!

The Best Italian Restaurants In Columbus (2022)