Saraga International Grocery Store opened a second location on Cleveland Ave. and it’s just as spectacular as the first!

In the wise words of my mom, “finally!” we got something international on the East side. In all fairness, I’m not sure how hard she looked, but it’s totally legit to be excited because this place is awesome.

Saraga International Grocery Store opened it’s first location in Indianapolis in 2005. The store made it’s debut in Columbus in 2013 on Morse Road. The store was filling a need for much needed healthy and affordable grocery items in North Columbus.

This store made quite the name for itself for its wide array of affordable grocery items from all over the world, as well as Columbus’ favorite Nepali Dumplings from the Momo Ghar stall inside. 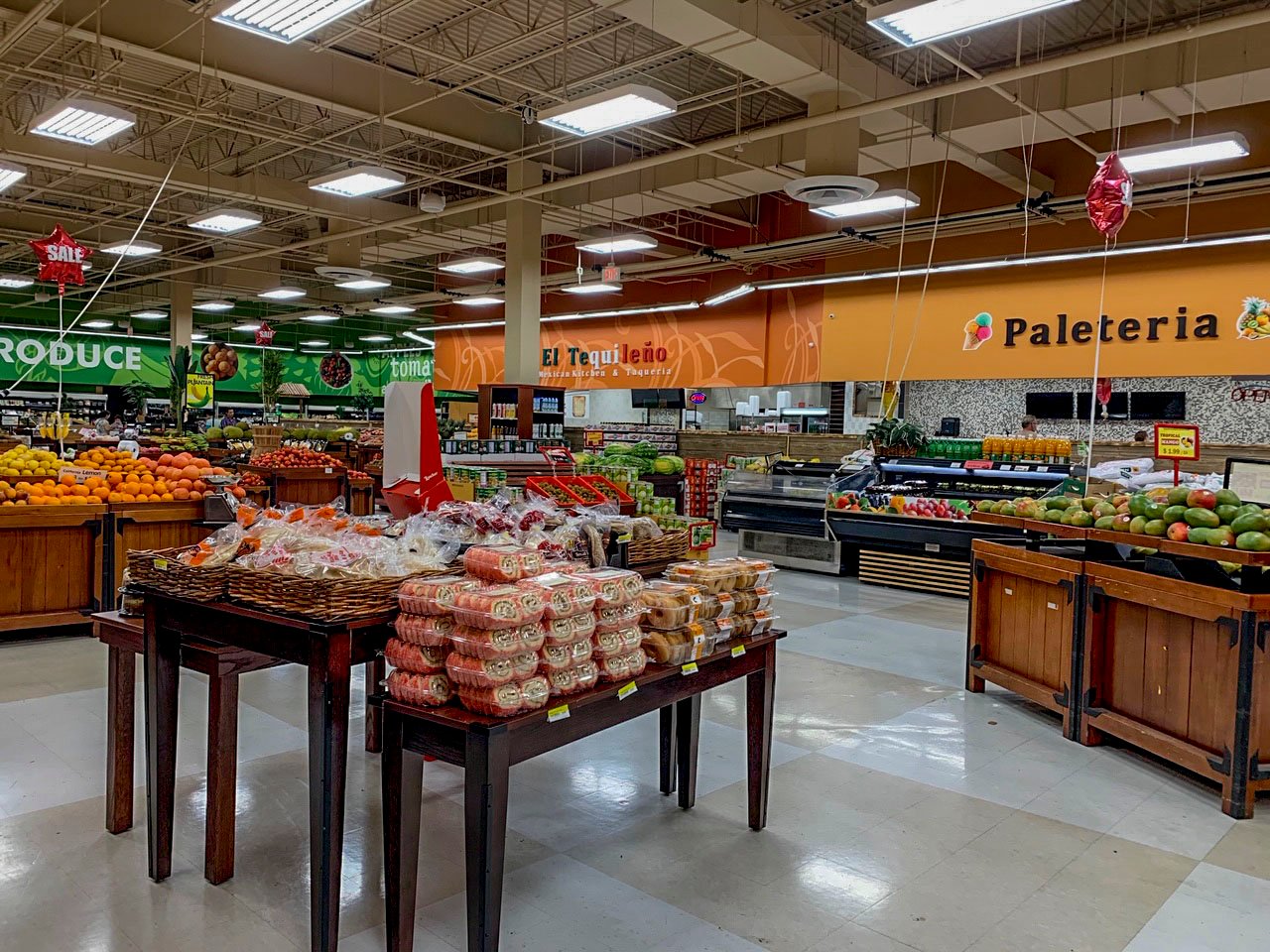 One of my favorite things about living in Toronto for school, is how incredibly diverse the city is. We live in a world with such a vast amount of fabulous cultures and it’s a personal mission of mine to experience as many of them as I can. Saraga International Grocery Store makes that possible in your home.

My mom and I went to check it out and we were so impressed by the number of items we didn’t recognize. As soon as you walk in, you can see the giant produce section. This was definitely the best part. Now that we’ve familiarized ourselves with the types of options there, we can’t wait to go back with a recipe in hand.

Amongst at least six other types of squash, my mom found an “opo long squash” that was bigger than her head. I don’t know what you do with this, but I’m very excited to find out.

Near the entrance of the store there are a few stalls of restaurants including a bakery, a taqueria, an ice cream shop, and what appeared to be a bar. We get some treats to take home from the bakery and a few empanadas for lunch the next day that were delicious! We’ve already made plans to go back for the taqueria.

It wasn’t always easy to tell what nation the food was coming from or what language the labels were in but that also felt like part of the beauty.

Beyond the produce section are aisles labeled by region of the globe including Middle East/Europe, Asia, India, South America, and more.

Another thing I had never seen before were the tanks of live fish at the fish counter. They had catfish swimming in a tank right there in front of you!

Saraga is hoping to open a third location on Hamilton Road. This location has been in the process of opening for a while now. Due to city permit issues, owner John Sung has been having trouble getting the store open for business and is still unsure when it will be ready.

Also inside the store was a hair salon! This place is full of all kinds of stuff that I never would have guessed before walking in.

We noticed that the people working in the store were also from a variety of cultures. In the check out aisle, we overheard someone asking about an Asian plant and how it should be cooked. The cashier didn’t know the answer, but she was able to ask her coworker who knew right away. It was a great environment for learning new things!

I can’t wait to go back. I’m certain I’ll find one hundred more things I never would have expected.