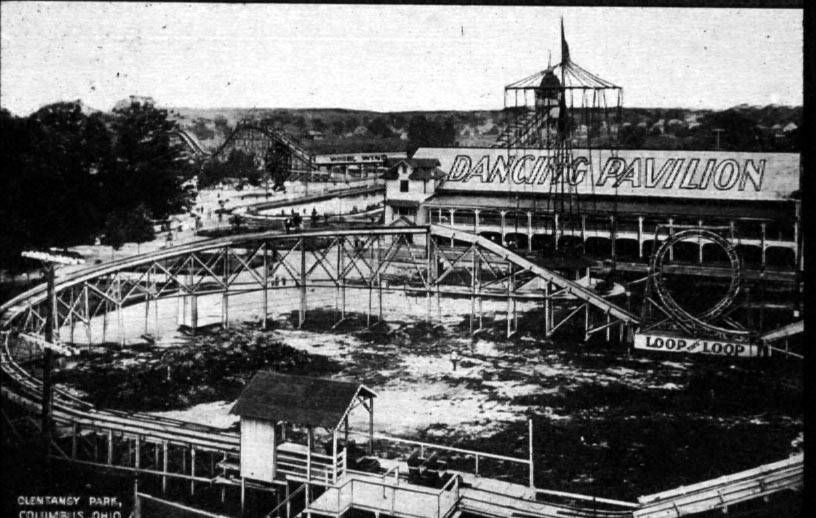 The Lost Amusement Parks Of Columbus

Back in the day, thrill-seekers didn’t have to head to Mason or Sandusky to take a wild ride.

Did you know that Columbus, Ohio was once home to four different amusement parks? The parks of yore had swimming pools could hold 5,000 people at the same time, state-of-the-art thrill rides made people squeal with glee, men and women jitterbugging in dance pavilions for hours, roller coasters, and so much more.

Can’t imagine it? Well, you can read about the amusement parks of Columbus’ past and see pictures below!

Minerva Amusement Park opened in the summer of 1895 and was the first amusement park in Franklin County. The park had a zoological garden, ornithological museum, the Scenic Railway roller coaster, and even a water slide. Minerva Amusement Park’s original dance hall burned down in 1896, and a casino took its place. Weirdly, the casino wasn’t a place to gamble, but a place to enjoy vaudeville acts, orchestral performances, and other high-class entertainment.

The park was forced to close its gates in 1902 because Minerva Amusement Park could not compete with the popularity of Olentangy Park. The new park was much closer to downtown and was easier for the general public to get to. The Village of Minerva Park pays tribute to Franklin County’s first amusement park by taking its name.

Speaking of Olentangy Park… the amusement park was first opened in 1899. It was run by the Dusenbury Brothers who wanted their park to be a family-friendly place to visit. Olentangy Park was a sight to be seen and featured a beautiful theater, a Loop-the-Loop ride, a Shoot-the-Chutes ride, Ferris wheels, and many other thrills in the 44 years it was open. In its heyday, Olentangy Park was the largest amusement park in the country.


Daily visitors started to dwindle during the Great Depression. Many amusement parks across the nation were forced shut down and Olentangy Park was no exception. The park finally closed in 1938 and its rides were sold to various other parks. Today, the Olentangy Village apartment complex is located where the amusement park stood. Though Olentangy Park may be long gone, you can still ride its whimsical carousel at the Columbus Zoo and Aquarium.

Opened in 1905, Indianola Park was in the heart of the University District. It stretched from 18th Avenue to Norwich Avenue and 4th Street to Big Four Street–a total of 30 acres. Not only did this amusement park have numerous rides and coasters, but it also boasted a huge swimming pool, a dance hall, and later, a stage for touring music groups to perform. The park was extremely popular and it wasn’t uncommon for thousands of Columbusites to go for a dip in the pool in a single day.

The park was closed in 1937 due to hard financial times, yet another victim of the Great Depression. 11 years later the property got a second chance at life and the Indianola Park Shopping Center was built.

This popular destination in Bexley, at the corner of Alum Creek Drive and E. Livingston Ave., had over 20 attractions. Norwood had multiple kids rides, a small Ferris wheel, a swimming pool, and other rotating exhibits.

The park was open until the late 1950s and was the last remaining amusement park in the Columbus area. Norwood was reportedly torn down to make way for the I-70 ramp off of Alum Creek Drive. Today, the space where the park once stood is known as Pump House Park.