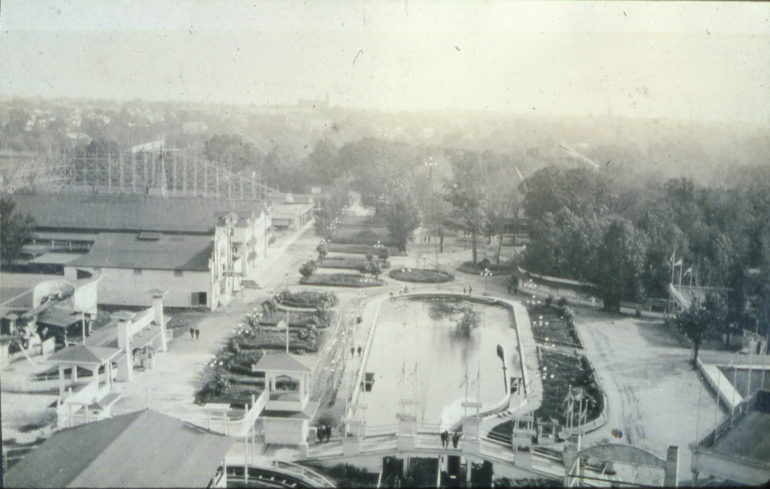 Olentangy Park aerial view looking south from atop the Shoot the Chutes ride. The Red Devil is on the left, which is the east side near High Street.

Here in Central Ohio, we aren’t known for our variety of amusement parks.

But that wasn’t always true. Sure, King’s Island and Cedar Point get all the love these days, but before they came onto the scene, Ohio had already been home to the largest amusement park in the United States.

Olentangy Park came from humble beginnings. Robert M. Turner opened a park called the Villa in the 1880s and in 1896, the Columbus Street and Railroad Company bought the site. Picnic grounds and some areas for gambling were added to the property and it was renamed Olentangy Park.

Once the Dusenbury brothers got their hands on the park in 1899, Olentangy Park was transformed into a family-friendly amusement park. The impressive amusement park had an extravagant theater on site. Patrons could sit in one of over 2,000 luxurious opera seats and the theatre was lit by nearly 2,000 electric lights. 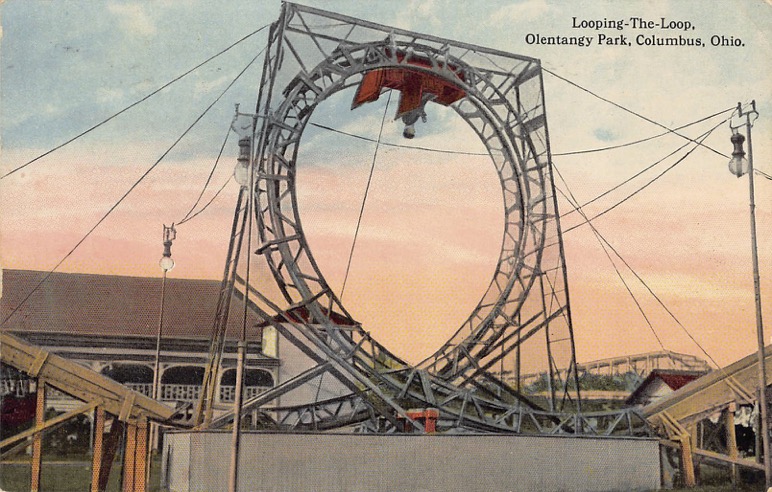 As the years went on, the park was expanded to include boating facilities, a Loop-the-Loop ride, bowling alleys, Ferris wheels, and more. In its heyday the park was the largest amusement park in the country, attracting 40,000 visitors in one day. 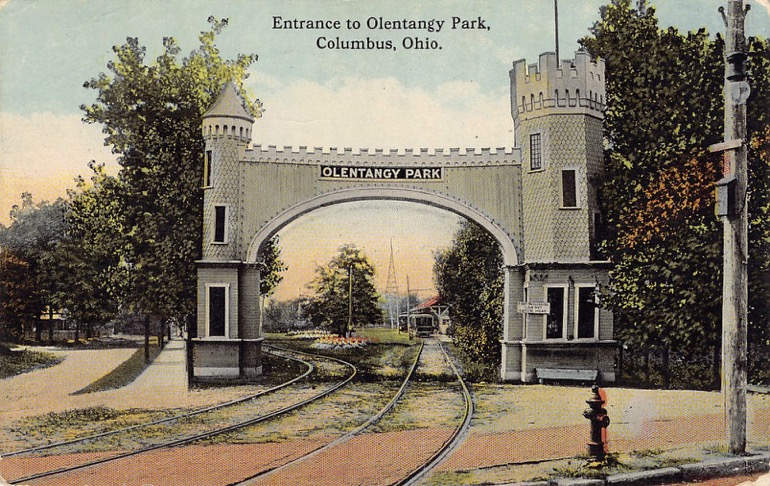 Olentangy Park was 100 acres and in addition to the rides, there were also large picnic areas, playgrounds, a zoo, a swimming pool, a Japanese village, and more.

Olentangy Park remained a popular attraction well into the 20th century, but the Great Depression of the 1930s brought an end to the amusement park. A few years later, Leslie L. LeVeque, of Hotel LeVeque fame, purchased the Olentangy Park site and cleared the site for construction. 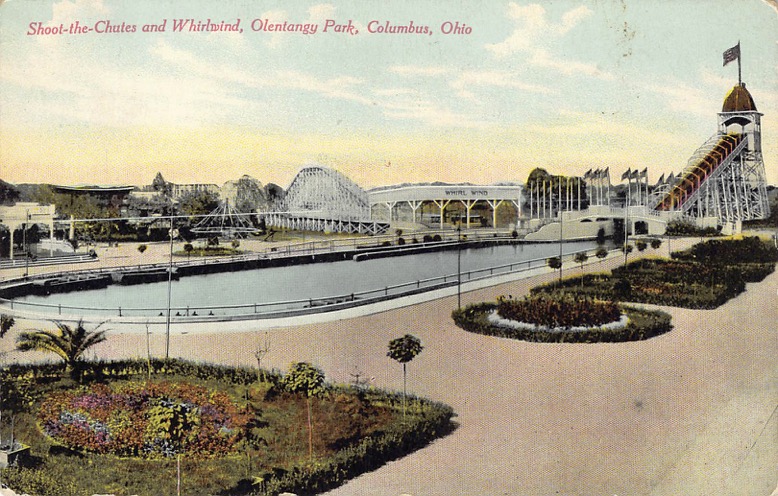 Olentangy Village, which is still standing at the same location, opened in 1939 with apartments renting for $30 to $50 per month.

Although Olentangy Park was demolished, one of the most iconic rides from the amusement park still exists. If you’ve ever hopped on the gorgeous, grand carousel at the Columbus Zoo and Aquarium, then you’ve ridden one of the signature rides from Olentangy Park.

It’s always bittersweet to look back at these incredible places that used to make up our city. But I’m glad that if we can’t go hop on a roller coast in Clintonville, at least we can still look back on these postcards and remind ourselves to stop tearing all the cool stuff down.

Want to see more like this? Check out The Lost Amusement Parks Of Columbus>