Ohio may not be the oldest state, but we’ve got some gorgeous slices of history just waiting to be explored. Whether you’re looking for an art deco dream getaway or you’re hoping to escape into a Tudor-inspired lodge, Ohio has you covered.

Here’s How You Can Kayak, Canoe, Or Paddleboard For Free With Metro Parks This Summer

24 Hidden Spots & Natural Wonders Around Ohio You Need To Explore

Let’s travel back in time to some of the most stuning historic hotels around Ohio.


You’ll find Hotel LeVeque in the Leveque Tower, aka the most iconic building in the Columbus skyline. The hotel itself encompasses 6 floors with a restaurant and bar.

Full of art deco details, the building was built in 1927 for the American Insurance Company. The Leveque family bought the tower shortly after and they owned it until 2011. From the lobby to the suites, this hotel has a feeling of old Hollywood glamour.


Originally known as the Great Southern Fire Proof Hotel and Opera House, The Westin is the oldest surviving hotel in Columbus. The bright, red brick exterior is stunning, but it’s no match for the majesty of the interior.

The lobby is massive and timeless, with the stunning decor perfectly complimenting the impressive marble floors, walls, and columns. If you’re looking for elegance, look no further. 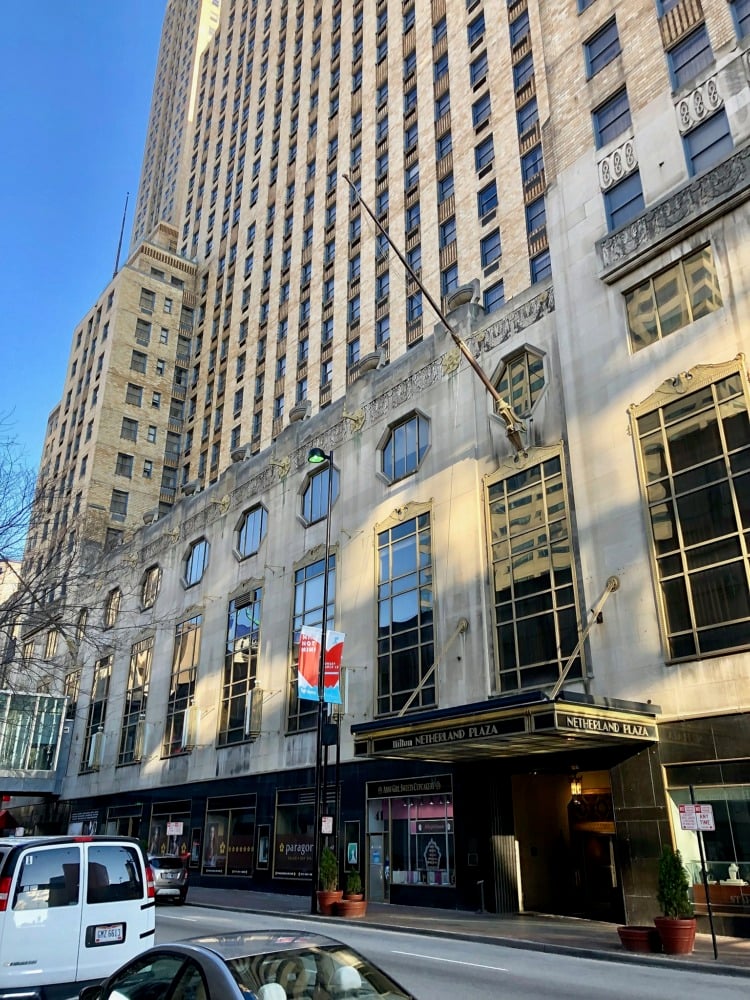 French Art Deco design is on full display at the Hilton Netherland Plaza in Cincinnati. The hotel was used as the model for the Rockefeller Center in New York City and it originally opened in 1931.

The location of this beauty is almost as great as the design itself, offering a quick walk to sports stadiums, restaurants, and more.


When you hear “Best Western” I can guarantee you aren’t thinking of anything as gorgeous as the Marimont Inn. The Tudor-inspired hotel opened in 1926 and it’s got original character in spades.

Whether you’re curled up infront of the beautiful 1920s fireplaces or enjoying a drink at the bar, The Best Western Marimont Inn does a fantastic job of making you feel cozy and welcome.


The oldest hotel in Ohio just got a renovation and it’s so impressive. The Golden Lamb has been giving rest to weary travelers since 1803 and it’s had some incredible guests through the years, including 12 presidents.

If you’re staying at The Golden Lamb, you absolutely have to grab a bite to eat at the Black Horse Tavern, a surprisingly modern restaurant inside the hotel.


There’s perhaps no hotel location in Ohio quite as unique as the Hyatt Regency Cleveland. Spread out over the top two floors of the historic arcade, the hotel is an absolute icon.

The arcade itself was built in 1890 and served as the first indoor shopping center in the United States. Nicknamed Cleveland’s Crystal Palace, the arcade is full of yummy restaurants and shopping to help you occupy your time in the Land.