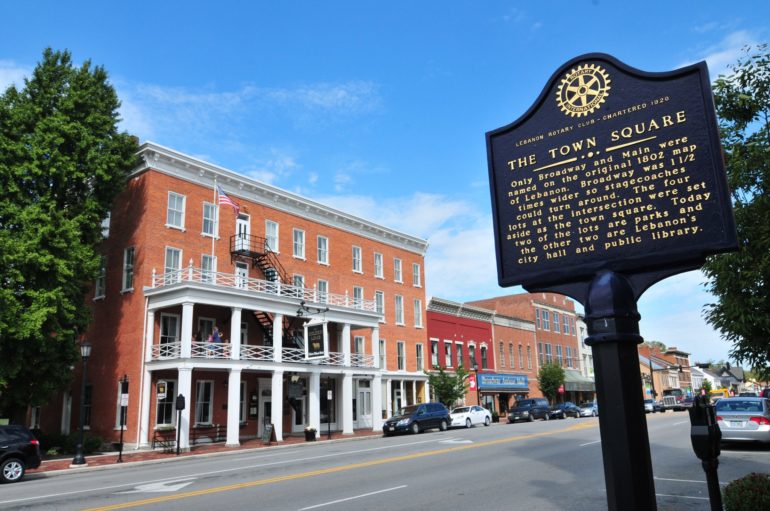 This is the story of the best $4 ever spent in the Buckeye state.

In 1803, Jonas Seaman traveled from New Jersey to Ohio, specifically the newly-founded village of Lebanon, where he spent $4 to purchase a license to operate a house of Public Entertainment. The rest, as they say, is history.

Over 200 years later, his establishment is still serving food and offering weary travelers a place to lay their heads. Over the centuries, twelve presidents have visited the Golden Lamb, from as far back as John Quincy Adams to as recently as George W. Bush. The longest-serving innkeeper at The Golden Lamb was Robert Jones, who purchased the property in 1926 and whose family still operates the inn today.

Originally a log cabin built by Seaman, it’s not clear when exactly the inn got the name The Golden Lamb. The inn may have started with humble beginnings, but it quickly grew to be a staple in the Lebanon community. 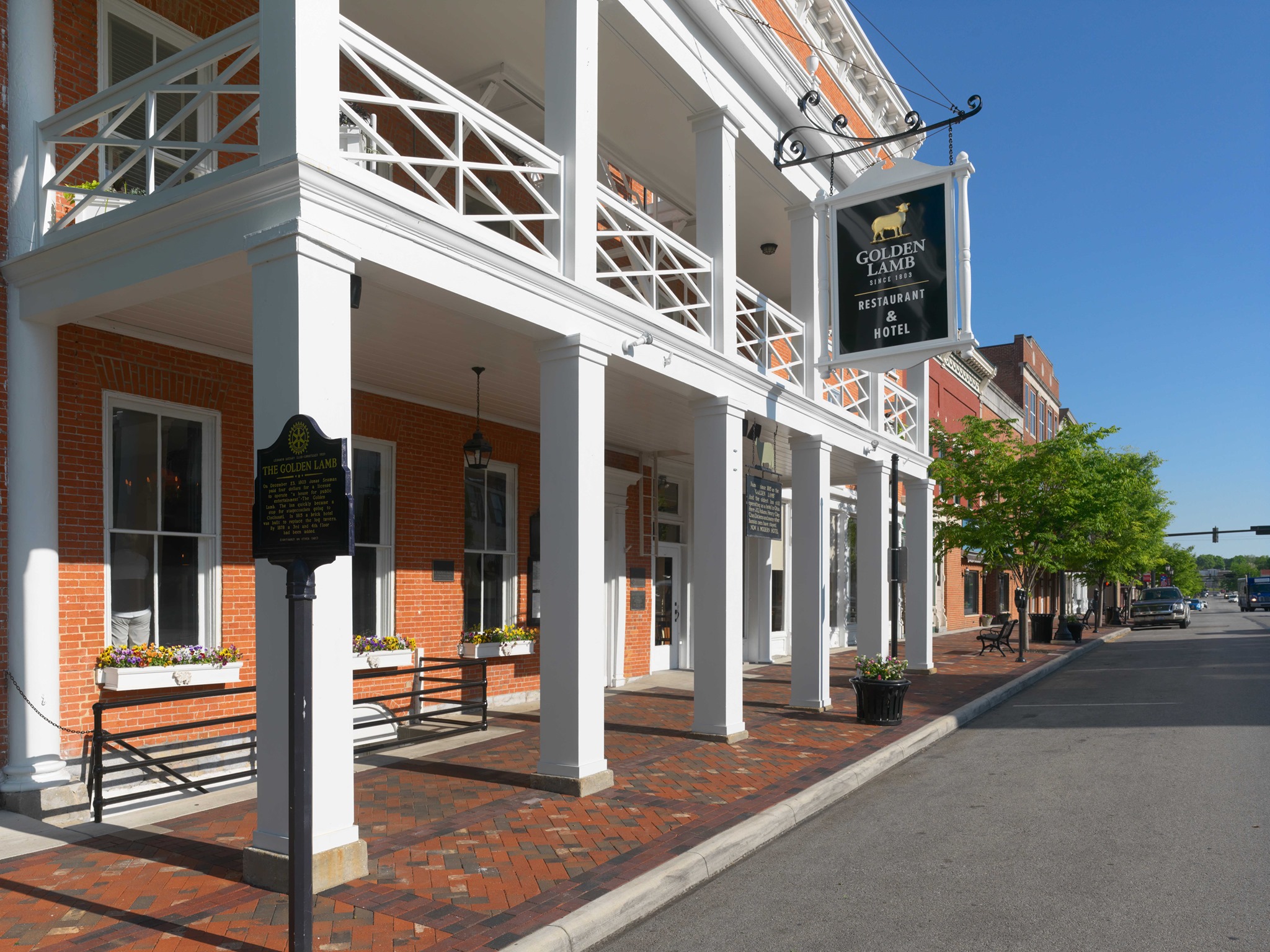 Jonas Seaman and his wife mysteriously left the property sometime before 1819, and the cabin was replaced with the grand, brick inn shortly thereafter. The inn was further expanded in the 1840s and by the 1860s, guests could board at the hotel for $2.50-$5.00 per week.

Each room at The Golden Lamb is named after a famous guest who graced the hallowed halls, from Charles Dickens and Ulysses S. Grant to Ronald Regan and William Howard Taft.

Like all good historic buildings, the Golden Lamb has its own ghost story. Visitors and staff throughout the years have reported paranormal encounters while working or visiting The Golden Lamb. Some believe it is the spirit of Sarah Stubbs, who lived at the Golden Lamb when she was a child. Her old room has been recreated at the inn, complete with a rocking chair gifted to Sarah by her aunt.

The history of the Golden Lamb has been beautifully preserved, but the inn has also seen some stunning renovations. From the high-end guest rooms to the beautifully decorated dining room, you’ll feel enveloped by the old and embraced by the new all at the same time. 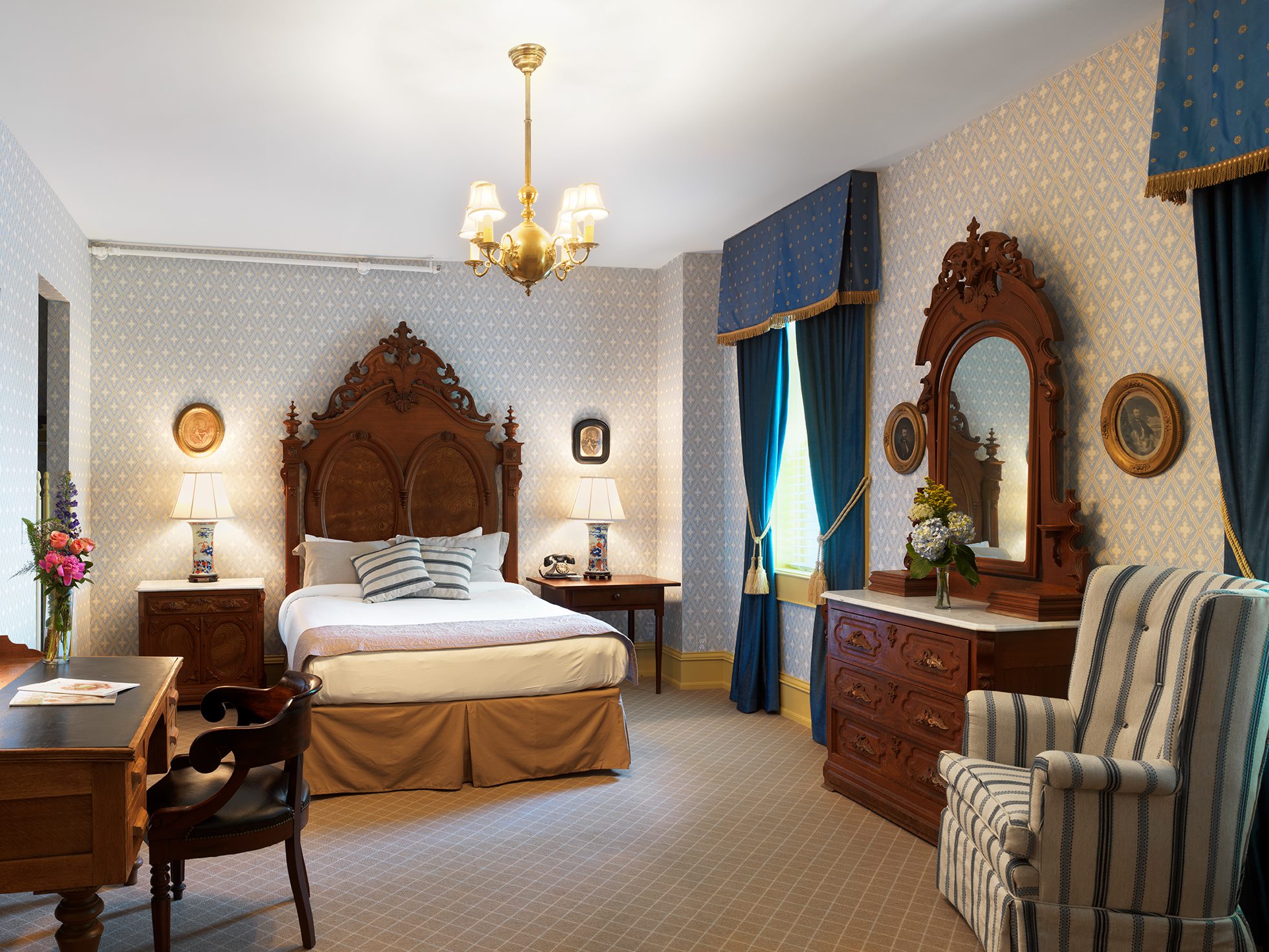 Thanks to the ambition of Jonas Seaman all those years ago, the Golden Lamb is recognized as the oldest continually operating business in the state of Ohio. The Golden Lamb is located at 27 S. Broadway in Lebanon. To make reservations at the inn, please click here.

Media via The Golden Lamb