If there’s one thing I love about the years 2010-2019 thus far, it’s how much nerd culture has become pop culture.

That’s mainly because both my husband and myself are pretty huge geeks. We’re pretty in it. From dressing up for midnight premieres of Harry Potter to smiling like idiots meeting Billy Boyd at comic con, we aren’t afraid to embrace it.

And because of how much nerd culture has permeated into everyday life, it’s never been easy to find a date night that we can both genuinely get excited about. For a long time, it seemed like dinner and a sci-fi flick was the closest we would come to a “nerdy” date. But like I said, it’s everywhere now. Wanna have a cocktail and play Tron? We can do that. Want to go to a steampunk-themed event at the Ohio Village? We can do that too. 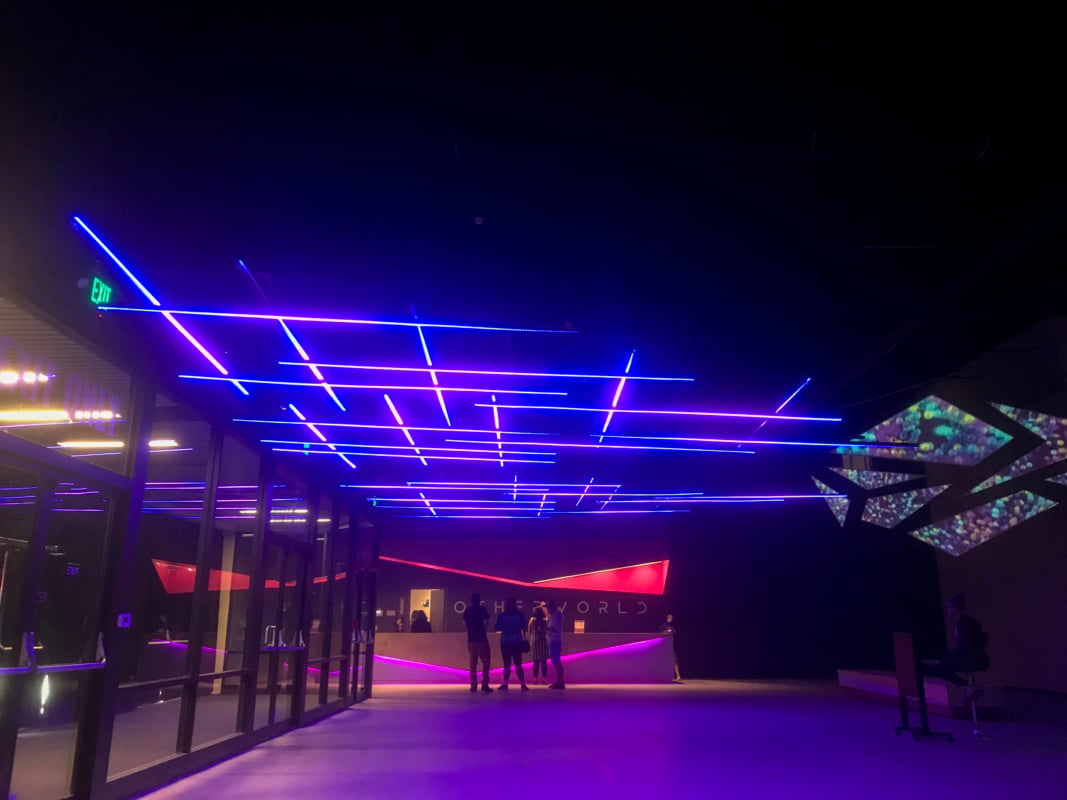 If science fiction is your thing, then the immersive experience at Otherworld Ohio should 100% be your next date night destination. It’s a lab gone mad, and you’ll have a blast exploring the rooms, finding secret passageways, and just enjoying the incredible artistry. It’s like walking through an alien world and you won’t be disappointed!

Everyone knows that there’s nothing that says “I’m a little bit of a dork” quite like getting hella excited to spend the evening at COSI. I don’t know if it’s a combo of interesting themes, overwhelming nostalgia, and the idea of drinking alcohol in a place you used to go as a kid, but whatever they’re doing, they’re doing it right. From Game of Thrones nights to the science behind beer, COSI After Dark has hosted some incredible nights. They still have a few night’s planned this summer, so get going!

If you’re the kind of nerd that doesn’t enjoy going outside, you feel free to skip this one! But if you’re the kind of nerd who totally related to Tim from Jurassic Park and his seemingly infinite knowledge about dinosaurs, then this one may be for you. Obviously, this doesn’t involve dinosaurs. But it does involve traveling around a beautiful park surrounded by some of the world’s most majestic creatures! The open-air safari at The Wilds lasts for 2 1/2 hours and you’ll get the chance to see rhinos, giraffes, and many other rare and endangered animals roaming in large, natural settings.

This date is perfect for when you’ve got the whole gang back together. You probably won’t have time to start a new D&D campaign, but you can scratch the itch at Table Top Game Cafe. They have all sorts of games, plus they have awesome themed nights so you can find something you like and make it a regular thing! Have a beer and play some games with your love and your BFFs. That sounds like a pretty good night to me!

At the Clay Café, you can embrace your inner Leslie Knope. If crafting is for you, then this is your spot. At the cafe, you can choose what you want to make from a wide variety, including Italian-made dinnerware, platters, coffee cups, candle holders, vases, and more. You’ll choose your item, pick your paint colors, and then get busy making something beautiful!

From a Victorian Sci-Fi and Invention event to a vintage baseball festival, Ohio Village at the Ohio History Center is a great place to stretch your legs and have a little fun this summer. You can also check out the village on a non-special event day, where you’ll take a peek back at what life was like in Ohio in days gone by. During the summer months, your admission to Ohio Village is included in your admission to The Ohio History Center. It’s almost like you’re making money on this date!

Take to the skies in an ultra-romantic Hot Air Balloon Ride. If nothing else, this will finally give you the chance to wear those steampunk goggles you bought in your early-twenties! This date is not for the faint of heart, and it’s also not for those who aren’t willing to break open the piggy bank. The cost of a private, 2-person ride is $575, so forgive me for getting you excited about something so expensive. BUT, it’s so freakin’ cool. Who knows, maybe you’ll end up in Oz and you can trick a bunch of people into following you!

It may not be a mysterious cave that’s really trying to pull you to the dark side, but Olentangy Indian Caverns are still pretty dang interesting. The cavern tours only take about 40 minutes, and once you’re done spelunking around, you can grab a round of mini-golf topside. You and your date can get a tour and play mini golf for less $15 each, which is pretty decent for date night!