Remember That Time The Rhodes Tower Was Captured By Aliens? This 1980s Sci-Fi Film Does 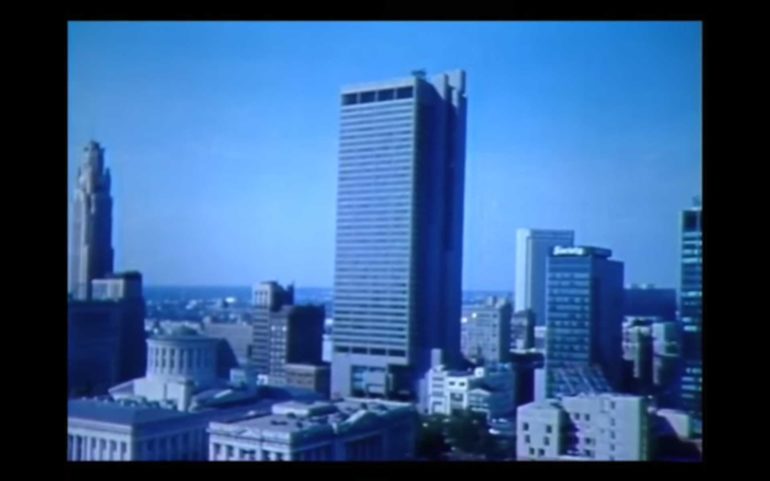 Sometimes when you’re perusing the internet, you come across the most interesting things.

I’m a huge fan of all things science fiction. I’ve always loved space and I tend to enjoy a good, out-of-this-world story, so when a friend sent me the link to this amazing short film partially set in Columbus, I just knew I had to share it. According to the description on Youtube, the short film, Highrise, was made in 1980 by CCAD Alum Mark Sullivan.

Sullivan went on to work on several films, including Hook, Indiana Jones and the Last Crusade, Ghostbusters II, Apocalypto, Star Wars (Episodes I and II) and so many more.

In Highrise, you see the Columbus skyline of the early 1980s as the Rhodes Tower is suddenly plucked up by an alien craft and lifted into the sky. I’m not going to tell you any more than that because it’s less than 3 minutes long and you should absolutely watch it for yourself, you won’t be disappointed.

Highrise harkens back to the early days of visual effects, when artists like Sullivan painted scenes with such detail, they wowed audiences in the same way that digital VFX impress modern moviegoers.

Even if you aren’t into sci-fi, you should still take a look at the film. It offers a step back in time and a chance to see Columbus as it was before that wild, alien invasion. To see more of Sullivan’s work, you can check out his Vimeo page.