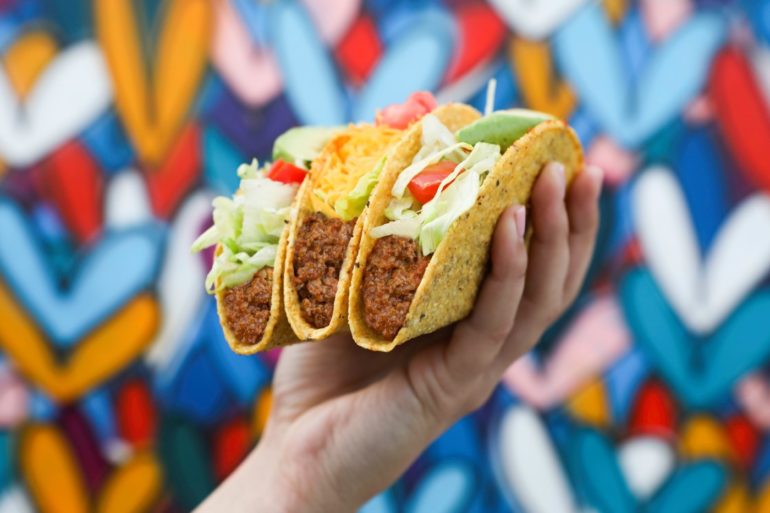 It’s time to let your inner Frankie Bergstein out friends. Del Taco is coming to Ohio.

The California-based taco joint jumped into the booming food scene here in Central Ohio with a local franchise in Bellefontaine, which was announced on October 7. Sean Cahill is managing the expansion, and although it’s starting out with one store, there will eventually be seven locations in the area and two other central Ohio locations have just been announced.

The first of seven stores in the region opened on October 22 in Bellefontaine. Since opening in Yermo, California in 1964, Del Taco has taken over the west coast, earning quite the loyal following. There was previously a Del Taco in Toledo, but it closed a few years ago.

“Del Taco is a logical choice for my next investment. The brand has a high standard for freshness and product innovation, and has created a business model that when followed has great benefits,” said Cahill in a press release earlier in the month. “I’m looking forward to leading the brand’s expansion efforts into Ohio, an untapped market with tremendous potential.”

Locations in Whitehall and Circleville were just announced by Cahill. The Whitehall location, closest to downtown Columbus, will be located at 4720 E. Main St. in Whitehall. Although nothing has been confirmed, it’s expected that at least a few of the upcoming locations will be in the Columbus metropolitan area.

If you’ve never had the pleasure of enjoying some Del Taco after an evening of fun, let me give you an idea of what to expect. The Del Taco menu has burritos, quesadillas, and of course tacos. But they’ve also got some surprises like burgers, fries, and milkshakes.

And just because it’s fast food doesn’t mean that our vegan/vegetarian friends can’t enjoy it as well. The restaurant has a variety of “beyond” meatless options for burritos, tacos, and breakfast items.