Really stop and think for a minute about how Columbus residents don’t get a legitimate opportunity to elect city council members.

The audacity of how our city council sausage gets made is breathtaking.

Zach Klein stepped down as City Council president after winning election to be Columbus City Attorney and so Council has appointed realtor Emmanuel Remy in a process that involved “[submitting] eight (8) copies of a résumé and a narrative of no more than 500 words describing the greatest challenges and opportunities facing Columbus.”

Before I get any further, I have to write the obligatory disclaimer: Emmanuel Remy is probably fine and I’m sure he wrote a very good essay that didn’t exceed 500 words.

Ok, now that’s out of the way, we can continue.

Klein’s term ran through 2019, meaning Remy will serve two full calendar years as an appointed member of council before actually facing the people in an election, where he will have the advantage of incumbency.

Given the results of the recent Alabama special election for Senate, I’m guessing Mitch McConnell and Donald Trump wish they had half as good a system set up as Columbus City Council members.

The Alabama election is typical in American politics. Appointments are rare, generally for very short stints, and usually only take place when the incumbent dies or resigns.

As a further example, Tina Smith was just appointed senator in Minnesota for a term ending January 3rd, 2021, but she will have to stand for a special election this November. Because it would be ridiculous to allow a governor to appoint a senator for half a term.

The appointment process, combined with Columbus City Council being all at-large seats and zero ward seats leads to this (via Facebook – Chris Arens) 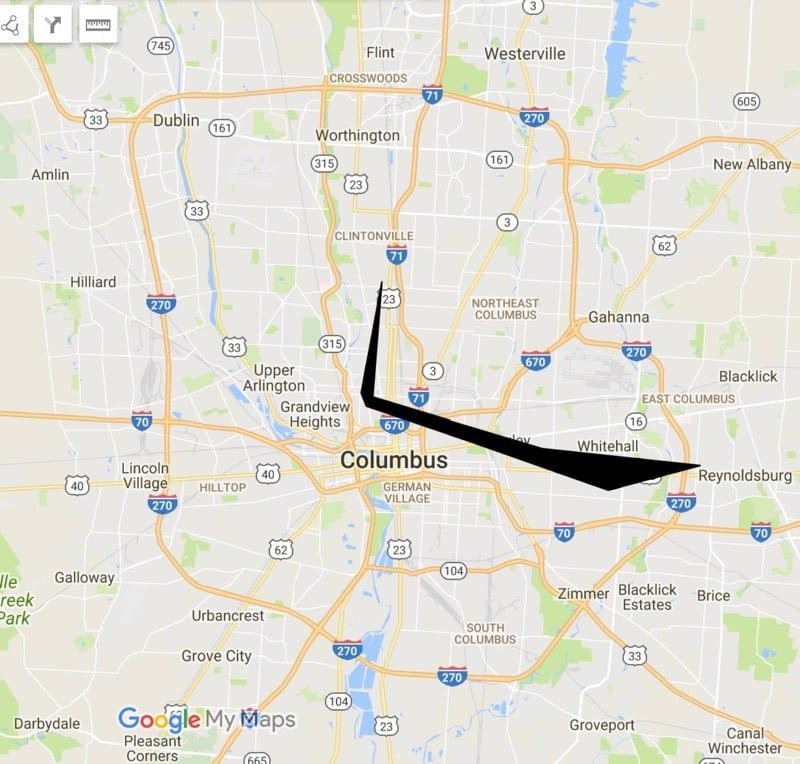 That area contains the homes of every Columbus City Council member as of last November (so no Remy.) You’ll only find this a problem if you think representation matters.

I think this issue is a blind spot for liberals in Columbus – the City Council is made up of Democrats, so I have heard the opinion that elections would tend to turn out the same results as appointments.

There are a couple of things wrong with that take:

1. A Democrat just won a Senate seat in Alabama. Nothing in politics is guaranteed.

2. Political donors in Columbus have major sway, and they clearly aren’t always Democrats. Given the electorate, Democratic donations are the only way to play in this city, which can make for strange bedfellows. I don’t think anyone will find it surprising that City Council is propped up by local developers.

Remember the reports from last July that tax abatements in the Short North were too generous?

Zach Klein said at the time “Incentives play an important role in economic development … Like all city programs it’s appropriate to periodically review their effectiveness and appropriateness.”

But nothing has changed, and Council is still handing out multi-million dollar Short North abatements.

This is clearly what Council donors want. Don’t believe me?

Maybe Columbus voters would take Council members to task for being so blatantly captured by development interests, if given opportunity. Or maybe not. We’ll never know unless Council is forced to change.

Shannon Hardin never had to win a seat without the advantages of incumbency. Realtor Emmanuel Remy won’t have to climb that mountain either, and it’s a problem.

A Guide To High-End Consignment Shops In Columbus