I would be surprised if climate change hasn’t been on everyone’s mind the last two months.

Hurricane season was historically catastrophic, of course, but even apart from that I’ve heard comment after comment this October about how eerie it is to be experiencing temperatures consistently in the 80’s so late in the season here in central Ohio.

This might not be happening because of global warming. It could just be a lengthy Indian Summer. But you’d certainly be forgiven for wondering, and for wondering what global warming might do to us here in Columbus in the coming years.

States like Florida, Texas, Louisiana, and coastal areas like New York City get most of the attention when it comes to global warming and rising waters, and rightfully so. The news is full of long thinkpieces like the one this week about how the fastest growing city in America, Cape Coral, could be completely destroyed by one bad storm.

Scenarios like that are not a worry here in Columbus. The biggest effects from global warming here would be related to general global instability. (If you live long enough, you may become overly familiar with the phrase “climate refugee.”) However, just because we aren’t in a live or die situation with rising seas doesn’t mean things won’t change here too.

The NOAA recently updated their climate explorer tool which lets you look at the projected effects of climate change on local weather in coming years.

For example, if greenhouse emissions continue increasing for the next 80 years, the number of days a year over 95 degrees will increase from the roughly 10 we get now to 65+ on average: 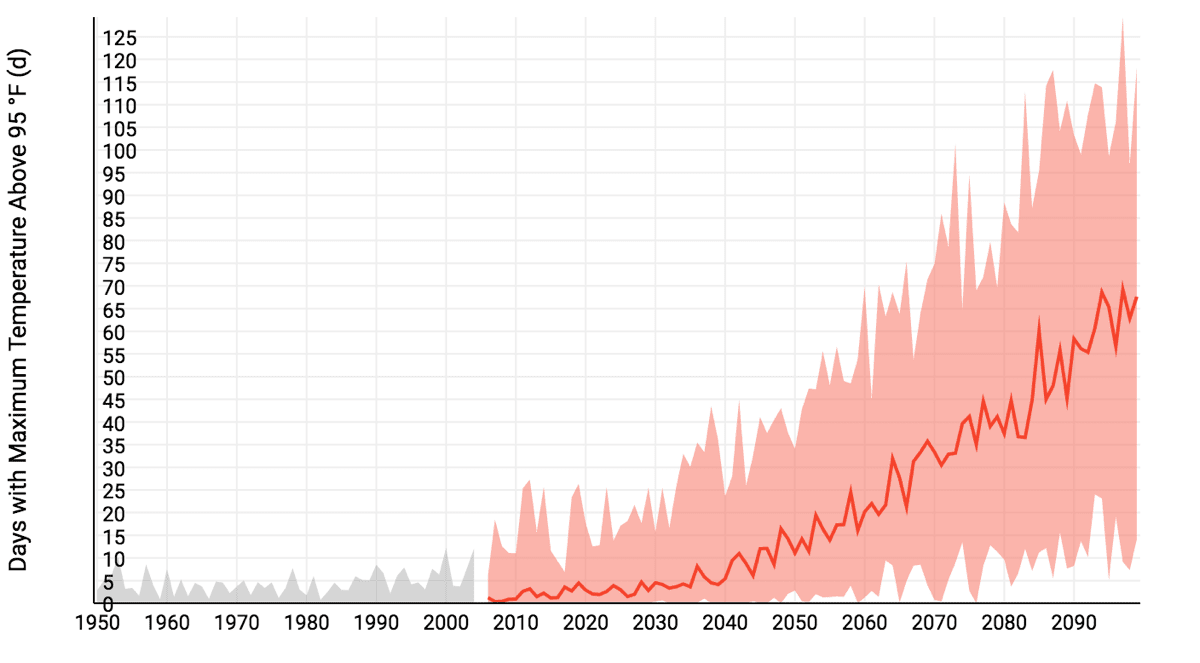 Two solid months a year of temps over 95 degrees would not feel very Ohio like.

Do you like having all four seasons? The occasional snow? The number of days with temps under freezing will steadily decrease this century: 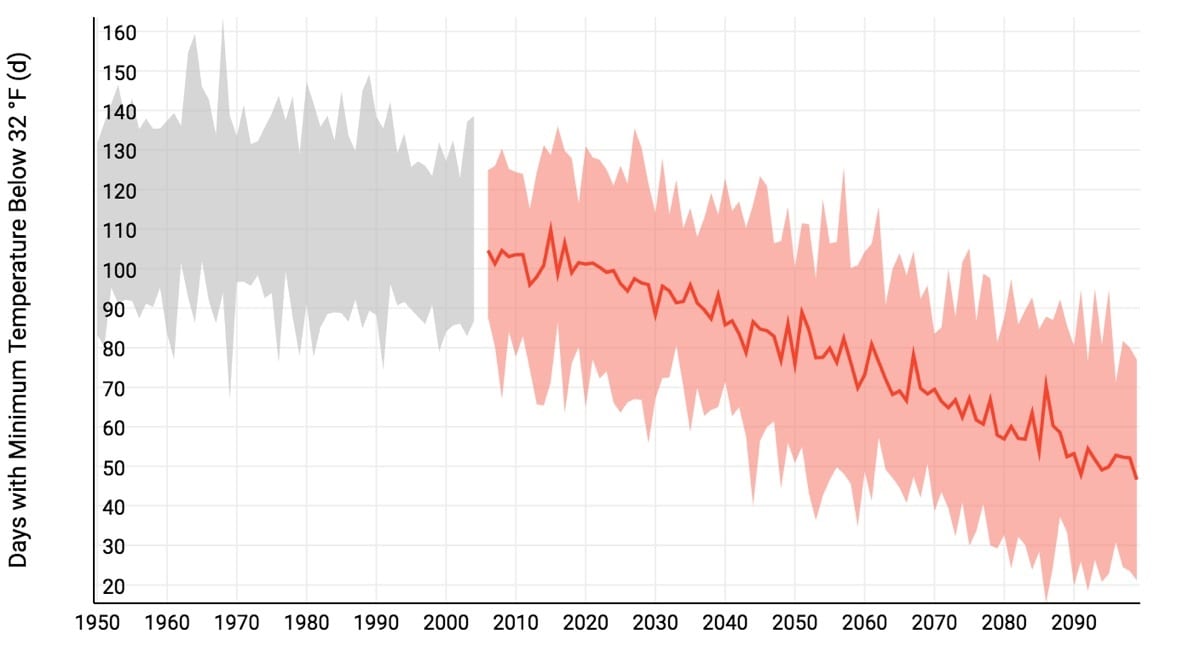