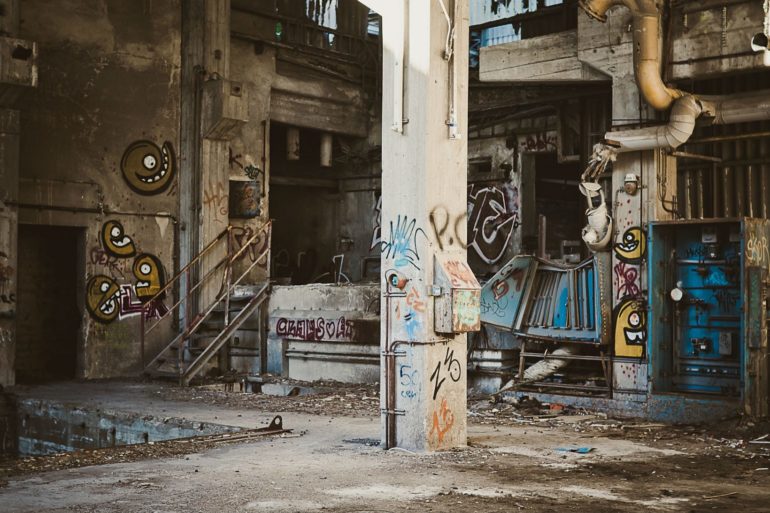 Abandoned And Beautiful: The Cool But Creepy Footage Of Columbus’ Abandoned Buildings

Anyone that’s ever been in any sort of abandoned structure has felt it, that silent buzz bubbling in the atmosphere.

Swirling and filling out a place, occupying the silence where there was once the bustling sounds of human presence.

The word is called kenopsia, it’s defined as “the eerie, forlorn atmosphere of a place that’s usually bustling with people but is now abandoned and quiet.” It’s an “emotional after image”, that lingers in the absence of a human presence.

Kenopsia is a term put together by The Dictionary of Obscure Sorrows, an etymologist website that defines neologisms for emotions that do not have a descriptive term.

Either way, it’s the perfect way of describing our innate and natural attraction to all things abandoned and long forgotten.

It’s a natural urge, made keener by the autumn-like environment. We can’t help but draw an analogy between abandoned structures and the plant life dying all around us. It’s also just outright spookier and more thrilling to do some urban exploration this time of year.

Columbus and Ohio have some pretty great places for UBX (urban exploration).

And while Columbus Navigator can’t possibly encourage people to go out and wander around forgotten malls or forsaken factories, we can enjoy footage by people who already have.

Here are a few videos making the rounds on the internet of abandoned places close by that you may recognize. Some of them even have some pretty great graffiti hidden there too. Warning though, it does get a bit creepy so watch with the lights on.

This one even has its own eerie soundtrack to further enhance the creep level. Check out the spinning ceiling fan that inexplicably continues working.

The soundtrack for this is actually pretty killer, featuring Kid Kudi and (one of my favorite artists) Atmosphere. It pairs perfectly with the awesome street art they discover on the walls.

This one is featured on a teenagers vlog and, despite a lengthy and needless intro and outtro, it’s actually filmed remarkably well.

Despite a pretty awful top 40 EDM soundtrack, this video does capture some pretty stellar graffiti as well as some pretty cool abandoned areas.