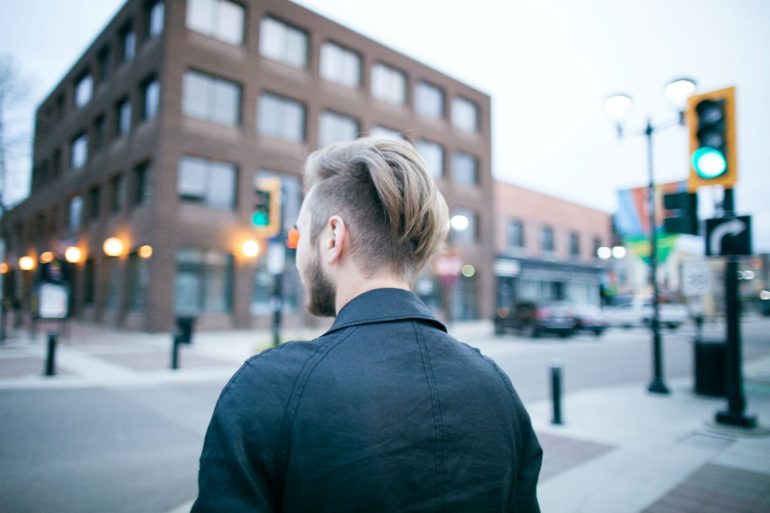 Because playing hipster safari in Columbus is a lot like looking for bad tattoos at a Juggalo Gathering.

If there’s one thing Columbus has more than plenty of it’s square framed, flannel and leather jacket, over-sized cardigan wearing, hipsters. So much so that we were even ranked as one of the hottest up and coming hipster spots in the U.S. (stop applauding).

Hipsters of all different categories and types can be found all throughout Columbus. We’ve broken down the 9 different kinds of hipsters you’ll find in the city and where to find them, just to help you out on your hipster safari. Chances are you may even know a few folk that fit in here. And, if you’re being completely honest with yourselves, you probably fall into any one of these categories too.

Look, we get it. You found that plant-based, gluten-free, diet-snow extract based diet and it’s completely changed your life. Here’s the thing: none of your friends care. Trust me. Foodie Hipsters aren’t just defined by their curious eating habits, you can also find them on the ‘gram, loading up photo after photo of some ridiculously good-looking foods. Columbus is crawling with these dudes, mostly because of our overabundance of international food pop-ups and overwhelming amount of micro-brew/brunch cafes/hobby stores. I know, I can think of, like, five off the bat and that’s way too many.

Where to find them: The Crest (either one really), Brown Bag Deli, Wolf’s Ridge Brewing

Perhaps the most insufferable of the indigenous Clintonvillans (I have a running theory that all hipsters are born out of Clintonville like the bad guys generated out of those weird shack things in Gauntlet Legends) the Vinyl Hipster wants you to know that whatever type of music you like isn’t nuanced, technical, or boring enough to actually be considered “good music”. You can identify them by the territorial war cry they scream before wading into battle, “yeah, they’re okay I guess”. When asked what type of music they’re into you can almost be certain that they’ll reply with some obscure sub-genre cross fusion that they definitely just made up on the spot. For example: “Yeah, right now I’m mostly digging on Neo 80s Nuwave Electro Revival right now.” They could have just said LCD Soundsystem but no, they’re awful.

Where to find them: Records Per Minute, Magnolia Thunderpussy, Ace of Cups

Normally, the Patio Puppy Hipster is a calm and benign sort of beatnik. That is no longer the case. They are currently engulfed in a vicious war with the city over their very right to exist. For millennia, their people have lounged on restaurant and bar patios with their faithful dog and their oversized sun hats. Besides the fact that their animal companions can often be a lovable nuisance, sniffing at entrees and plates and tangling leash cords around the legs of unsuspecting customers, they were a relatively unintrusive sort. All that changed after Columbus began enforcing doggo free patios, threatening establishments with a fine or citation for not complying. The Patio Puppy Resistance practically lost their heads, taking arms against the city and unleashing their rage on the subforums of Reddit or any social media platform that will listen. There’s no telling how the Great Puppy War will end but what’s certain is that these Patio Hipsters won’t be giving up without a fight.

Where to find them: Lost and displaced outside of random High Street Patios.

The Everything In A Mason Jar Hipster

You’re a monster and you should be stopped immediately. We get it, you’re totally DIY AF, but you can’t just put everything in a mason jar and then call it a day. Whether it’s pickling, fruit preserving, or constructing a crudely made communications device, you’ve figured out how to MacGyver just about anything out of a mason jar. Mason jars are pretty cool and all, but if two-thirds of your drinking glasses are actually just jars or (even worse) repurposed glass bottles, your friends need to stage an intervention immediately. Friends don’t let friends jar junk.

Where to find them: North Market, Columbus Idea Foundry, probably in your kitchen right now.

It doesn’t matter where you’re at or what time of day it is, you are always wearing yoga pants and you have always just left the gym. It almost doesn’t seem feasible but there you are, three in the morning at the grocery store when we run into you. Us: tired and disheveled and ready to make this frozen pizza and cap off our 24-hour Netflix binge of NCIS and Gilmore Girls. You: bright eyed and bushy tailed, all athletic and just leaving the gym. WHAT GYM IS EVEN OPEN?!! And trust me, I totally get yoga pants. How are those things not going to be super comfy? But seriously, if I run into one of you one more time while in public and feeling like a disgusting moleman person, I swear to god… I’m probably just going to retreat into my Mikey’s Late Night Slice and feel sorry for myself just like every other time. (Sigh) Carry on.

Where to find them: Kroger, Olde Towne Tavern, the parking garage to The Gateway on North High, LITERALLY EVERYWHERE YOU DON’T WANT THEM TO BE.

The old-timey Mustache Hipster is a finicky type of hipster. They’re identified by their weird curly mustaches and their indifferent disposition. What makes them so particular is their obtuse relationship with their facial hair. Is it weird looking? Yes. Kind of cool? Sure. But as an outside observer, you’re not allowed to acknowledge it’s existence or even look at it when the Mustache Hipster is aware of it. Doing so, even by complementing it, will send them into a panicked existential spiral as they suddenly become aware that they have a six-foot handlebar mustache dead center in the middle of their face. Reassure them by pretending that you can’t actually see it or that it has suddenly become invisible while gently patting their back.

Writer/Blogger Hipsters are, for the most part, cynical and self-important folk who have read too much Junot Diaz and David Sedaris and now feel competent enough to make other people read their opinions on things. They definitely own at least one vintage typewriter. Do they ever use said typewriter? No. That’s not the point. The point is to keep it somewhere people will see it so that when people come over they think you are a cool, intelligent, writer sort of person with a cool typewriter from the 1930s and that you are probably working on something very hip and very important. They definitely own at least two different David Foster Wallace books and have read exactly zero of them. They are also intensely self-critical and are self-described “jacket and blanket people”. Whatever that means. Also, this is definitely not about me. Like, at all.

Where to find them: Two Dollar Radio, The Book Loft, every coffee shop in a 300-mile radius.

Crew/Jackets Hipsters are normally the hardest to identify. You’ll normally see them out and about, sitting leisurely at the bar while casually watching a sports game on tv. That is, until it’s a Jackets or Crew game. Do they care about football? Not at all. Baseball? Meh, they may get into it from time to time depending on the season. But Crew/Jackets Hipsters become most animated during soccer and hockey events. They’ve spent years undergoing Shaolin like training, forcing themselves to care about sports that almost no one else seems to bother with. And why, you ask? Because being a soccer fan is cool and European-ish and sometimes fist fights happen in hockey. That’s, like, literally the only reasons. Also, don’t bring up the whole ‘Columbus Crew moving to Austin thing’. Just don’t.

Where to find them: The Nationwide District, Mapfre Stadium, Hendoc’s Pub

Remember Comic Book Guy from The Simpsons? Imagine that but in skinny jeans and a distressed denim jacket. The Nerdy Hipster is always making pop culture references that no one else gets or cares about. Kinda like comparing Clintonville to an enemy generator from Gauntlet Legends. What’s the target demographic? Who’s going to get that? Zero people. Zero people are going to get that. More than anything, Nerdy Hipsters are known to get overly excited about their very esoteric interests. If you really want to see them spin their wheels, bring up something they’d really be into and then, when they’re good and over-worked, tell them you were just kidding and that you think that stuff is stupid. The look of disappointment will be worth the crippling guilt afterward, trust me.