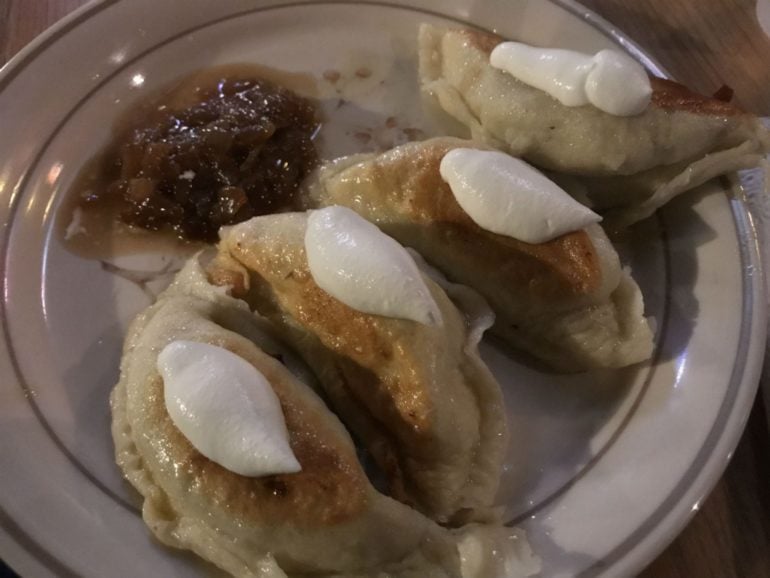 It’s been confirmed, pierogies are still delicious and impossible to ruin.

Hidden inside of one of Columbus’ most beloved dive bars is a jackpot of dumpling goodness. Chances are you’ve probably checked them out before or, at the very least, gotten all types of drunk in their immediate vicinity.

Pierogi Mountain serves as the in-house kitchen restaurant for Cafe Bourbon Street. The bar itself is a darkly lit sort of joint, with band stickers and a tripped out, spirally painted, performance space for local bands and area talent. 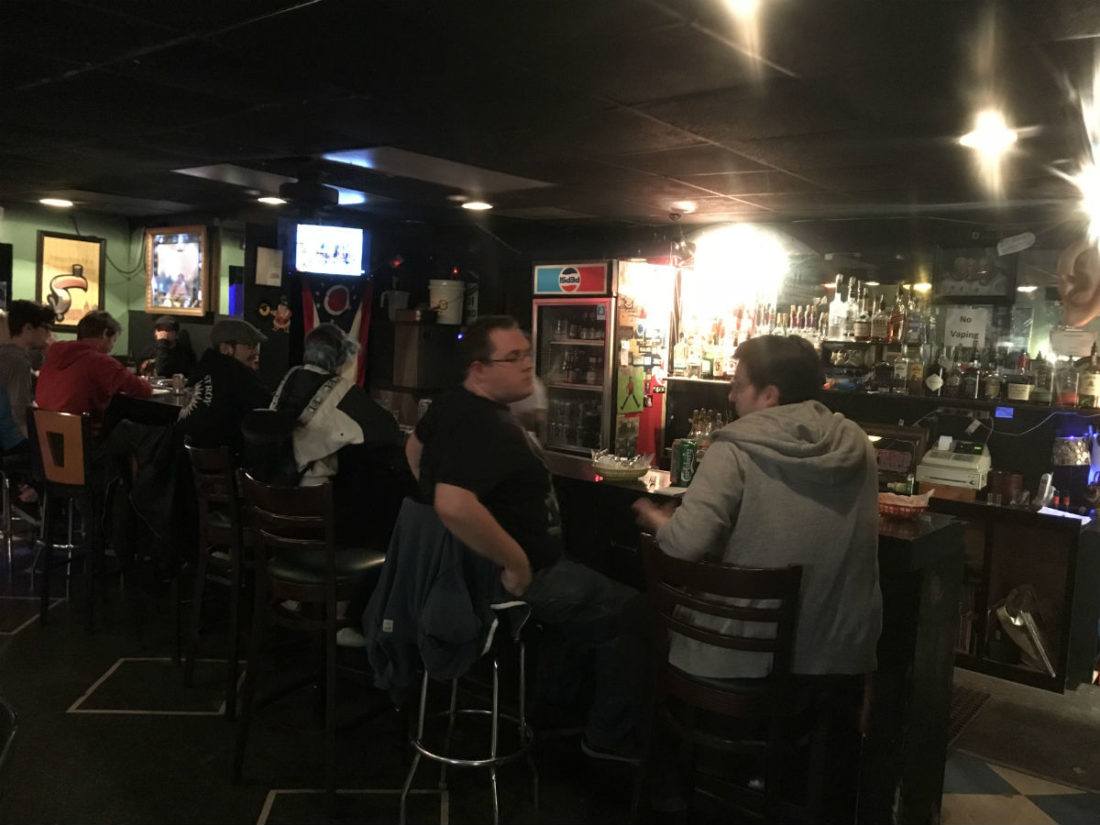 The night that I had finally decided to check them out, a large hairy man stood on one corner the stage, playing vinyl records and bobbing his head to the music. Sometimes he would look up and exclaim loudly to himself, as if congratulating his own genius for even choosing the track.

Not only did I find the DJ strangely fascinating, I was even envious. He didn’t care about the patrons or anyone else in the bar, he was playing the deep cuts that only he would care to hear. Rockabilly tunes and old crooner songs from the 1950s. A racist time to be alive, for sure, but no one could deny that they recorded music with a little “somethin’, somethin'” special in their sound. 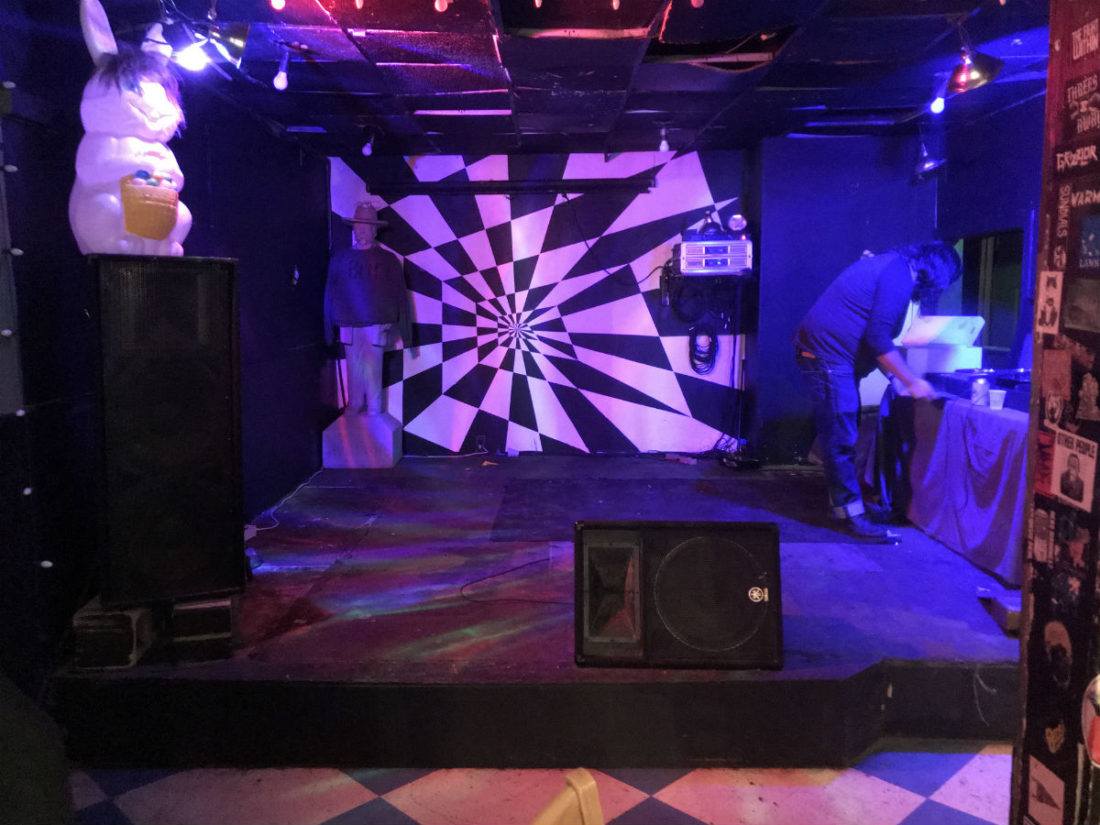 I tore my attention from the strange disc jockey and put my concentration toward the menu. It was relatively simple and straightforward. They offered a variety of pierogis, from sweet potato to chive and potato and broccoli. There was pretty much something there for everybody, especially those who enjoy potato based products (which should be everybody, come on).

I couldn’t tell you what I ordered, I have no idea. Almost as soon as I ordered them I forgot what I had picked out but for $1 each, it almost doesn’t even matter. Each dumpling came out steamy and hot, topped with a dollop of sour cream and a small side of caramelized onion. 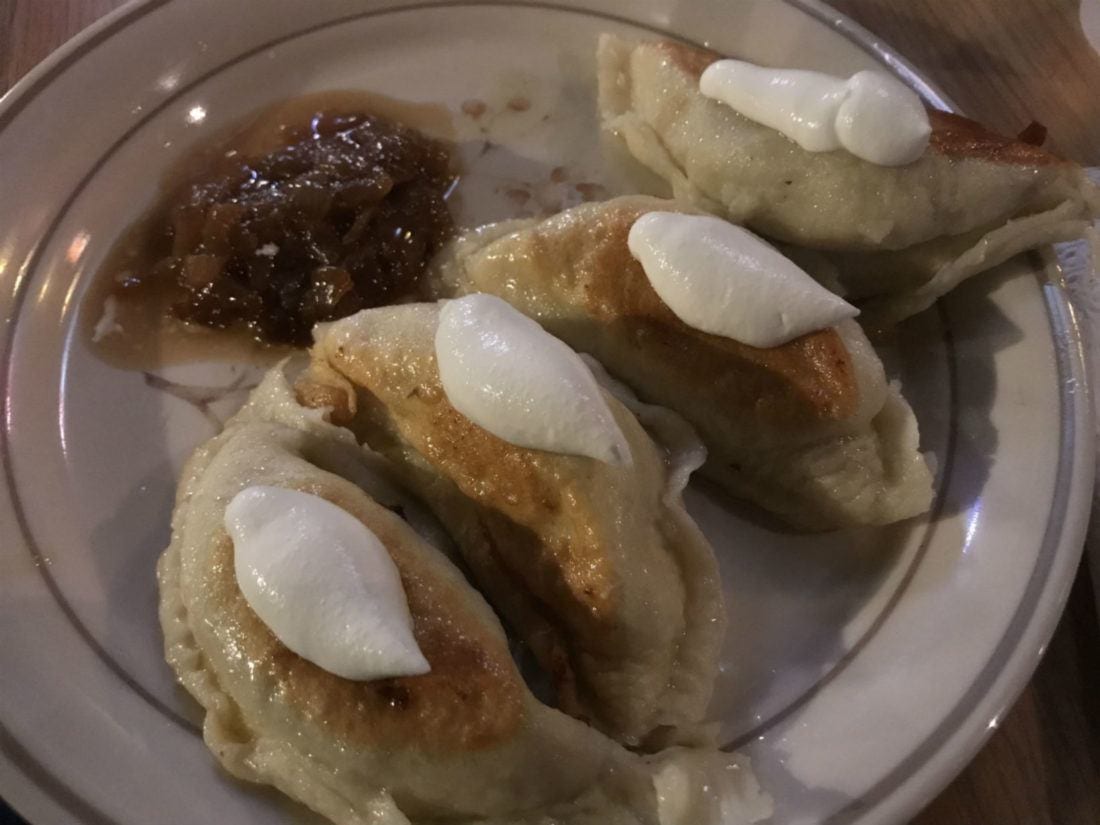 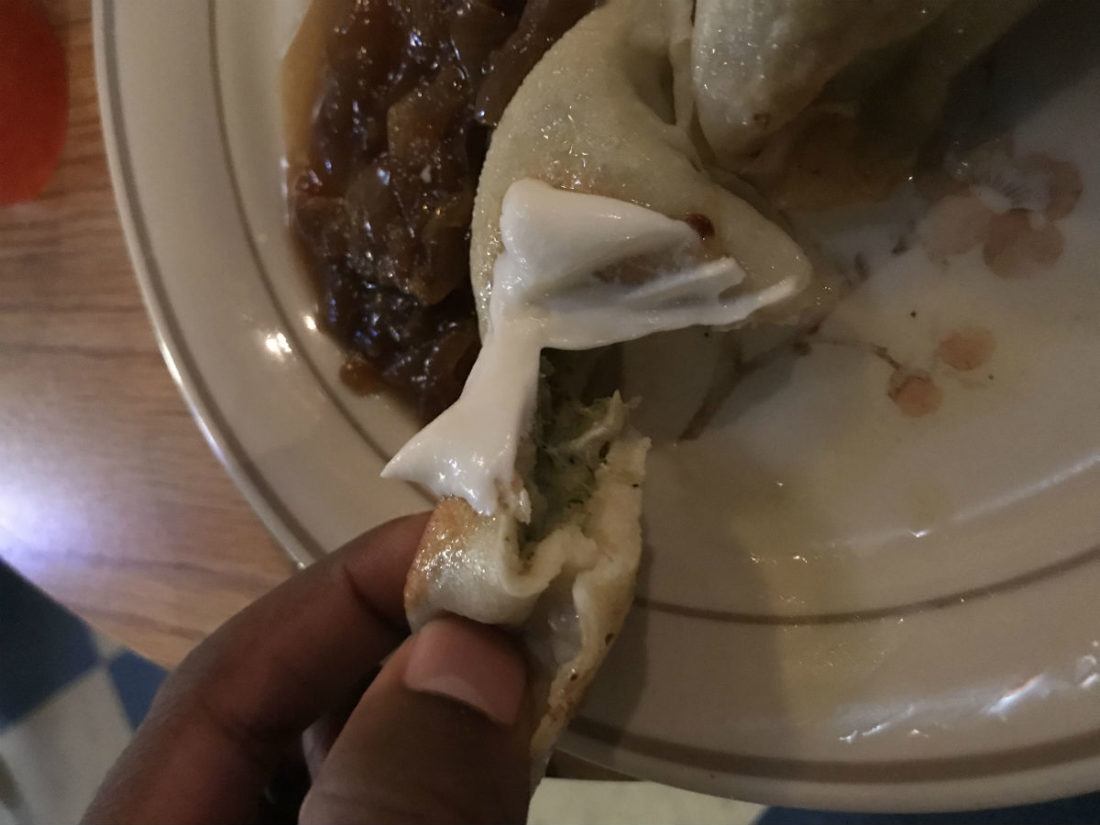 That in and of itself could have been enough for me to enjoy my little potato stuff treats, but no, I took it a step further because I am pretty much obsessed with food and I’m a godless savage when it comes to flavor. I got a side of sriracha (cha-freaking-ching) and a side of Mae Ploy Thai sweet chili sauce (chiggity-ching-ching) and I went to town on those little pierogis like eating them could undo the last presidential election (they did not, frowny face).

The little guys were absolutely delicious and if I’m being completely honest, I could have eaten 30 more of the plump potato filled darlings. The best part is that the kitchen is open just as long as the bar, providing late night food for anyone with the drunk munchies. 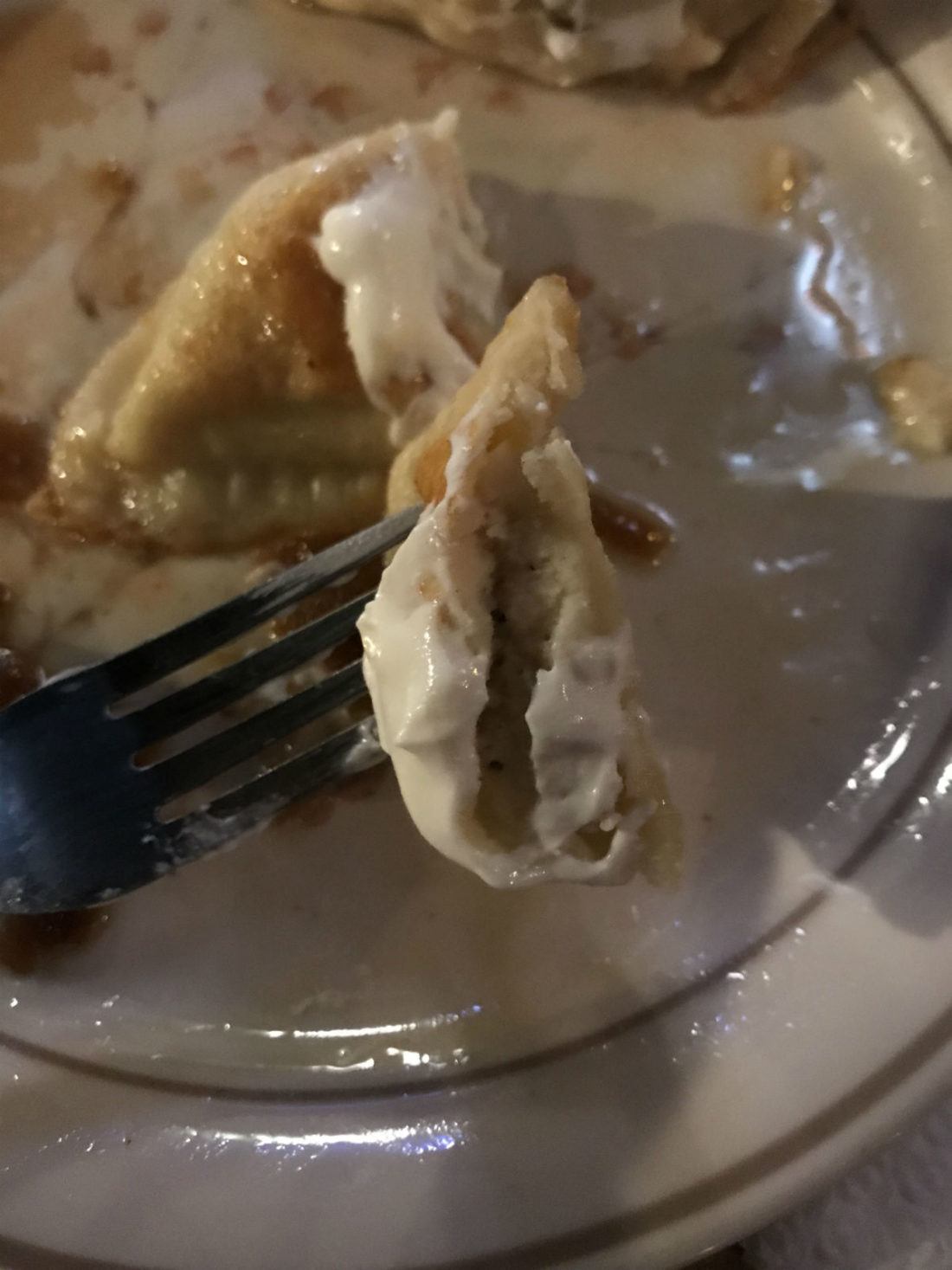 All in all, I’m definitely going to go back sometime to dig on the divey atmosphere and those awesome stuff dumplings. Also, I don’t think I’ve ever had a bad pierogi in my life but still, drunk pierogis are the best pierogis. Fact.

For more info just checked them out on their Facebook page here.