The 5 Most Haunted Places In Columbus

Looking for a genuine ghostly encounter? Here are the 5 places sure to change your mind…

Around this time of year, when the air gets a bit crisper and the nights stretch a little longer, things start to take on a naturally spookier edge. It’s more than just the mystique of Halloween, it’s almost innately human to look over your shoulder a bit more often once autumn begins to dig its fingers in.

The Best Ranked Places To Play Indoor Soccer In Columbus

We’re often prompted to remember the recently departed, to give respect to the dead, and to honor the lives they lived. We retell stories of jilted lovers or victims who were wronged and murdered, only to come back as wraiths to plague and punish the living.

Maybe it’s all harmless fun, or perhaps it’s our way of handing down parables of morality and judgment. Or maybe there’s more to them than can be easily explained and dismissed as the foibles of human nature.

Either way, Columbus has more than a few of its own local legends. Areas and buildings that are so haunted that they almost guarantee a supernatural experience for all who dare go looking. Here are the five most haunted places in Columbus that will freeze your blood cold and make the hair on your arms stand on end. That is, if you’re brave enough to actually see for yourself… 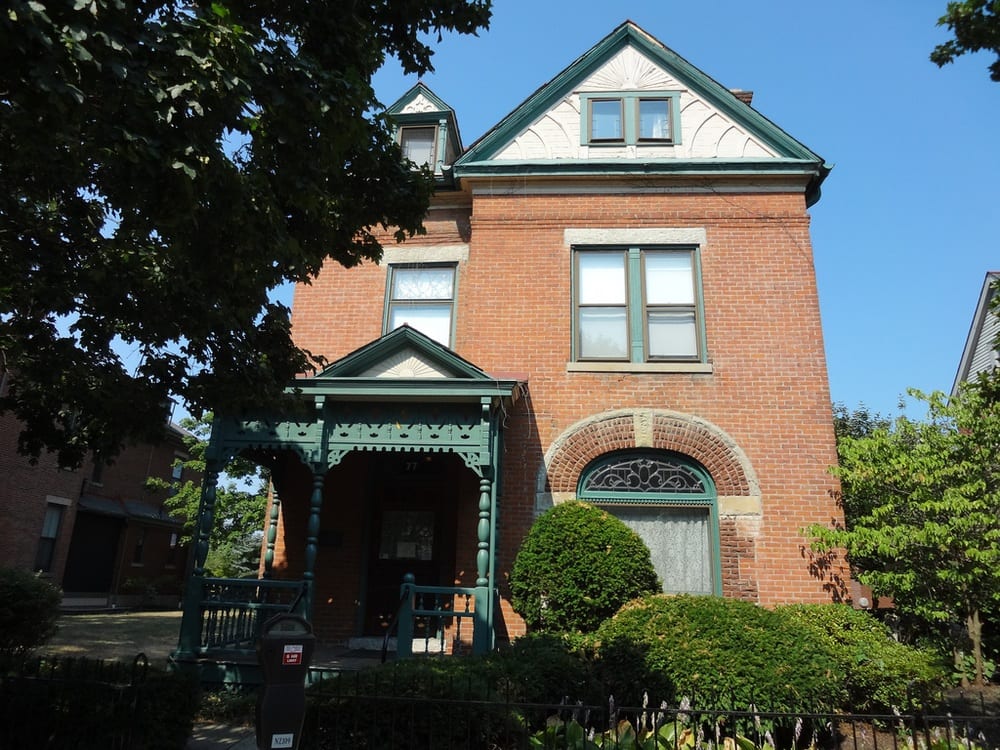 Writer and cartoonist James Thurber called this house his home until 1917. But it wasn’t all pleasant childhood memories. The famous writer admitted that in 1915 he experienced a run-in with a spirit, an event that stayed with him all his life, prompting him to write the story, “The Day The Ghost Got In”.

According to lore, a man, driven mad by a cheating spouse, reportedly ran around the downstairs dining table before running upstairs and shooting himself in the head. Another story states that an old mental hospital burned down nearby, killing seven people.

Now the building has been turned into a museum and the third floor is often given to a writer-in-residence. Many of the writers have experienced strange occurrences over the years, mainly unexplained footsteps pacing on the floor below…

Over the years this old mansion has served as the former seat of power of several Ohio governors as well as a string of various businesses. The legend that surrounds this building is one that has continued for nearly its entire history. All the stories seem to focus on one entity, dubbed The Blue Lady, an African-American woman dressed in an early period maid’s outfit.

What’s particularly strange about this haunting is that the ghost seems very much aware of her surroundings. She’s often seen walking into rooms, judging the decor and design. It’s been reported that she’ll go so far as to knock a painting off the wall or roll up a rug if she doesn’t approve of it. Perhaps the most disturbing report is an incident that took place in 2007 during remodeling.

The Blue Lady appeared before one of the workers and even addressed them, saying how much she appreciated the work being done and how much she liked the renovations. Other peculiar happenings include the smell of burning hair or flesh that has often been reported throughout the building.

22 E Mound Street has gone by many names over the years, but right now it’s known as The Jury Room. The building is reported to have been built over Hopewell Indian burial grounds as early as 1830.

That in and of itself is enough to justify most of the strange occurrences throughout the property but it doesn’t stop there. In 1859, Frances Miller, the madame of a brothel being run out of the building, shot and killed Paulus Rupprecht.

Throughout the years, all sorts of strange activity has been witnessed in the bar, by patrons and employees alike. Objects moving or falling over, people being pushed about by the unseen, even the sounds of eerie piano music has been heard playing late at night.

The area where much of the Arena District sits today used to be the property of the old Ohio State Penitentiary. Before being torn down the prison was plagued by a history of human wrongdoing and hardships. In 1930 a fire broke out killing 324 inmates. What’s worse, many of the convicts were left to burn alive by the guards.

Some prisoners even heroically stole the keys from their jailers, freeing themselves only to run back into the flames and release their fellow inmates. In the 1950s a virologist began experimenting on the prisoners, injecting them with HeLa cells to see whether the human body could develop an immune response to cancer.

The case raised many red flags concerning consent and non-maleficence. After decades of atrocities and overcrowding, it was torn down and the Arena District was built in its stead. Still, strange sightings and apparitions have been reported in the area. It’s not surprising considering the history.

The story of Walhalla Road is one convoluted by legend. There are many different variations but at its core, they tell the same story of an act of rage and the guilt that inevitably follows. One night a man named Mooney (it never specifies whether this is a first or last name) returns home late and begins arguing with his wife.

In the heat of the moment, Mooney kills her and in a panic, he decides to dismember her in order to conceal the body. This is where the story gets tricky. If you’ve ever walked down Walhalla Road then you have to have come across the distinctive bridge that passes overhead when the road dips into a ravine. Some stories say that Mooney hung himself over the bridge in a fit of guilt. Some say he kicked his wife’s head down the hill of the ravine.

No matter the ending, the result is always the same: The ghost of Mooney and his wife haunt the spooky back road. Some even claim to hear old Mooney’s wife’s head rolling along in the nearby bushes. And at certain times of night, you can see Mooney’s body hanging limply from a noose over the edge of the bridge.

Swaying in the night air, his guilt forcing him to relive his cowardly act over and over, serving as a warning for generations to come.

Your Guide To The Dublin Irish Festival