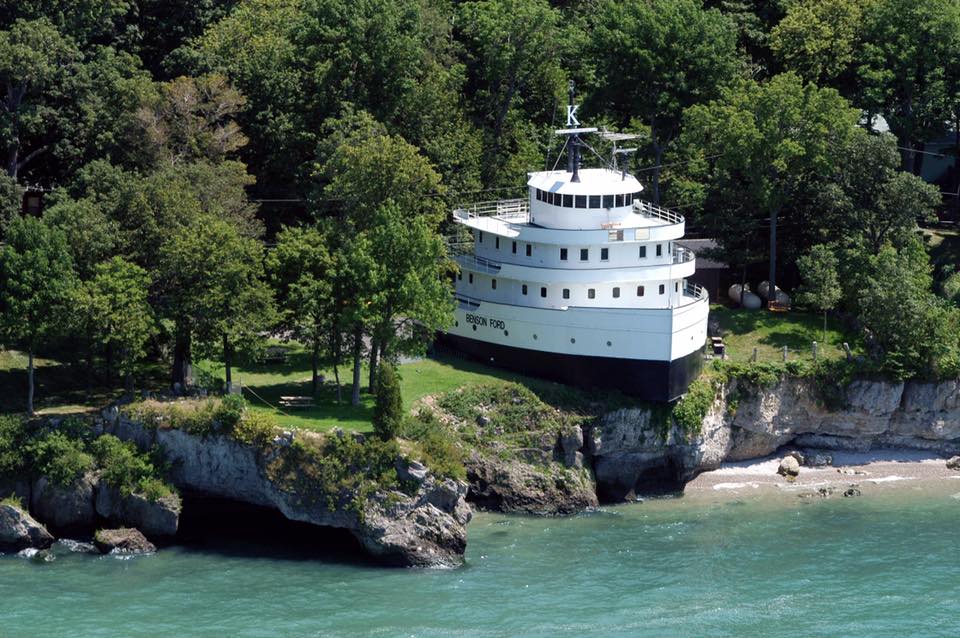 The Most Unique Homes In Ohio

Ohio is full of weird and wonderful things.

The homes on this list are no exception. Far from your cookie-cutter, suburban houses, these unique homes range from 8-sided construction to straight-up part of a ship set on land.

If you’ve been searching for the perfect excuse for a road trip, this may just be it.

This incredible home was designed by artist Wayne Trapp. Built in the 1970s, the home is made of concrete and spray foam and still serves as a private residence. Fun fact: the home was even showcased on MTV’s Extreme Cribs.

This quirky, one-bedroom house is the brainchild of Architecture Professor Terry Brown. It was built between 1992 and 2006 and has some incredible fun features like pressed copper ceilings and a spiral staircase. The home is one of the most iconic in Cincinnati and is arguably the city’s best-known house.

This piece of history was built in 1856 by George W. Gregg, who wanted to emulate the style of the original Pickaway County courthouse, which had been demolished in the 1840s. The home was occupied until 1998 and came under the ownership of the Roundtown Conservancy. The conservancy successfully saved the home from being demolished (for a Super Wal-Mart) and they are in the process of restoring it to its original glory!

Built in 1924, the ship that makes this house unique was originally used to transport materials across the Great Lakes. After being decommissioned in 1981 and a series of owners, the forecastle section of the ship remains to overlook Put-in-Bay as one of the most memorable homes in the area. The structure includes a garage, a family room, five bedrooms, five full baths, a dining room, living room, reading room, galley, and, the pilot house, which offers spectacular views of the setting sun over Put-in-Bay.

This house earned the obvious nickname of the UFO house, but Futuro has a much more elegant ring to it. The home was designed by Finnish architect Matti Suuronen. Originally meant as a custom ski chalet. The pre-fabricated homes didn’t quite take off as planned, and only about 20 of them are thought to remain in the United States.

Pyramid Hill Sculpture Park and Museum was founded by Harry T. Wilks, a man who wanted to preserve land for future generations to enjoy. He built his unique home, the Pyramid House on that property and continued to expand by acquiring adjacent parcels of land. On the land, he built roads, hiking trails, and even small lakes, all in an effort to create a non-profit sculpture park to combine the beauty of art and nature.