I’m a big fan of Columbus, but sometimes it’s good to get out of town for a bit.

Luckily, you don’t have to go very far to find something fun to do. Ohio has some unique spots where you can enjoy nature, take in a strange museum, visit ancient earthworks, or even explore a castle.

None of these spots are too far from Columbus. In fact, they’re all less than a 3-hour drive from downtown. Now, let’s stop chatting and dive right in. After all, we’ve got some exploring to do! 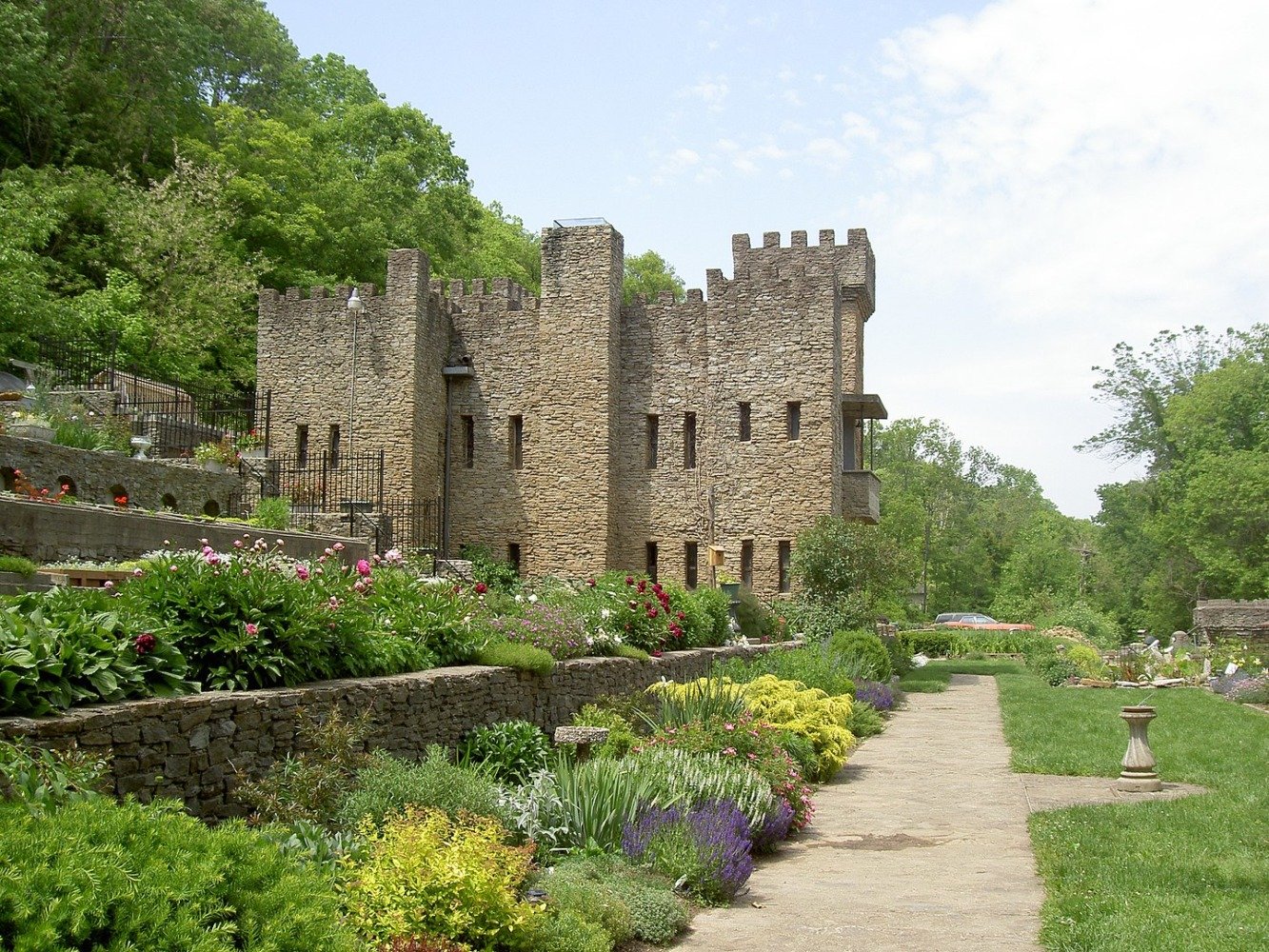 Construction on Chateau Laroche, aka Loveland Castle, began in 1929. The castle was built, by hand, by a World War I veteran and medievalist named Harry D. Andrews. Andrews had been inspired by the time he spent in France during the war and when he returned home to Loveland, he began building Chateau Laroche. The castle was gifted to a local boy scout troupe when Andrews passed away.
Location: 12025 Shore Dr, Loveland, OH 45140
READ MORE: 14 Real Castles Right Here In Ohio (Many Of Which You Can Visit)


Ohio is full of impressive ancient earthworks, but perhaps none are more famous than the Great Serpent Mound. Constructed around 320 B.C.E., the mound is an internationally recognized site. Unlike many of the other ancient earthworks in Ohio, the mound was not used for burials, but rather for ceremonies. It is an effigy mound representing a snake with a curled tail and it’s genuinely one of the most impressive things you’ll see in the state.
Location: 3850 OH-73, Peebles, OH 45660
READ MORE: These Ancient Ohio Earthworks Are Thousands Of Years Old


Looking for a one-of-a-kind getaway? Natural Springs Resort is a charming little resort perfect for all of the adventurerers out there. The area was first quarried for limestone in 1889 and was the largest industry in the region at the time. These days, the quarry has been transformed into a resort with a spring-fed lake, a beach area, natural rock formations, and even a heated swimming pool.
Location: 500 S Washington St, New Paris, OH 45347
READ MORE: Natural Springs Resort Is A Dreamy Ohio Getaway


Put-in-Bay is one of the most beautiful regions in the entire state, offering water sports, outdoor adventures, historical tours, and of course, some good beach vibes. Located on South Bass Island, Put-in-Bay is just five miles south of the Canadian Border. There are several islands in the area, including Kelleys Island, which is also an incredible vacation destination.
Location: South Bass Island, OH 43456
READ MORE: 5 Fun Things To Do On A Weekend Getaway At Put-In-Bay


After being laid off during the Great Depression in 1932, Harry “Ben” Hartman took up a new hobby. Hartman began turning his yard into a garden of rock structures, numerous plants, and statues of animals and people. Hartman continued working on the garden until he passed away in 1944. After that, the Hartman Rock Garden was maintained by his wife, followed by a folk art preservation group.
Location: 905 Russell Ave, Springfield, OH 45506
READ MORE: Take A Day Trip To Ohio’s 80-Year-Old Rock Garden

The Largest Open-Work Geodesic Dome In The World 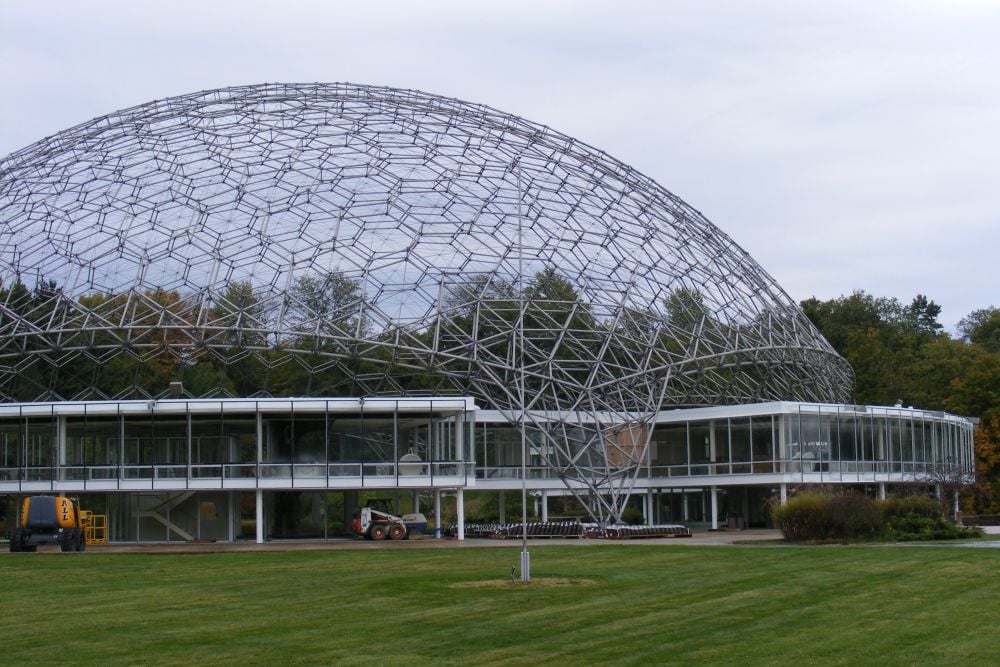 Built in 1959, this massively impressive geodesic dome serves as the headquarters for ASM International, a professional organization for scientists and engineers. Constructed from extruded aluminum pipe, the dome is 103 feet high and 250 feet in diameter. The whole thing weighs about 80 tons and has over 65,000 parts. The grounds are open to the public Monday-Friday.
Location: 9639 Kinsman Rd, Novelty, OH 44072
READ MORE: The Largest Open-Work Geodesic Dome In The World Is Right Here In Ohio And It’s Totally Worth A Visit


The American Sign Museum is dedicated to the art and history of commercial signs, as well as sign making. It’s the largest public museum dedicated to signs in the country and covers over 100 years of American sign history. It’s a large space and as you wander through the 20,000 square feet, you’ll see the progression of technology and design, from painted metal to neon and everything in between.
Location: 1330 Monmouth Ave, Cincinnati, OH 45225
READ MORE: The Weirdest Museums In Ohio

The Troll That Hatched An Egg


“The Troll That Hatched an Egg” is one of 9 Dambo-created installations in the United States and Puerto Rico. Thomas Dambo is from Copenhagen, Denmark and has been creating these giant trolls around the world for over 10 years. Dambo focuses on using recycled materials for his art and the trolls at Aullwood Garden Metro Park are no exception.
Location: 955 Aullwood Rd, Dayton, OH 45414
READ MORE: These Massive Troll Sculptures In Dayton Are Totally Worth A Road Trip


Archaeological excavations in the 1970s and 80s lead to the discovery of this Fort Ancient period settlement. The village has now been partially reconstructed and acts as a unique learning experience for visitors. Guests can gain a new appreciation for the 800-year-old lifestyle while walking through reconstructed buildings that have been placed in their exact, ancient locations.
Location: 2301 W River Rd, Dayton, OH 45417
READ MORE: This 13th Century-Style Village Is Just An Hour Away From Columbus


There’s something truly magical about the charming town of Geneva-on-the-Lake. With coastal vibes and over 20 wineries nearby, it’s the perfect place to do a little relaxing. Of course, if you plan to stay overnight, there’s no better spot than the Lodge at Geneva-On-The-Lake. It’s a stunning, waterfront spot that will leave you feeling more like you’re on the cape than in northern Ohio.
Location: 4888 N Broadway, Geneva-On-The-Lake, OH 44041
READ MORE: This Gorgeous Waterfront Resort Is Worth The 3-Hour Road Trip From Columbus


Originally built in 1817, Ye Olde Mill is home to the corporate offices of Velvet Ice Cream. But it’s so much more than an office. The mill also serves as an ice cream museum, ice cream parlor, and restaurant. Tens of thousands of people visit the mill each year, which sits on 20 beautiful acres of rolling hills.
Location: 11324 Mt Vernon Rd, Utica, OH 43080
READ MORE: This Old Grist Mill Is Home To A One-Of-A-Kind Ice Cream Parlor And Museum


Junction Earthworks is a 2,000-year-old ceremonial site, built by the ancient people of the Hopewell culture. The property was set to be auctioned off in 2014, but it’s nine ancient earthwork enclosures were saved and turned into a public park. The grounds are beautiful and peaceful and if a contemplative road trip is on the agenda, add this one to the top of the list.
Location: 1143 Township Hwy 377, Chillicothe, OH 45601
READ MORE: Junction Earthworks Is A Jaw-Dropping Ancient Ceremonial Site 1-Hour South Of Columbus


Historic Roscoe Village is a restored 1830s port town, showing visitors what life was like along the canal in the 1830s. The village has full costumed interpreters, a practicing blacksmith, time period arts and crafts, and Living History Tours. The highlight of any visit to Roscoe has to be a ride aboard the Monticello III, canal boat that’s pulled by a team of draft horses.
Location: 600 N Whitewoman St, Coshocton, OH 43812
READ MORE: Float Back In Time On These Charming Ohio Canal Boats


The Wilds is a safari park and conservation center that focuses on conservation science and education through hands-on experiences. The nearly 10,000-acre park offers huge pastures for over 30 rare and endangered species from around the world, including four takin kids, eight Père David’s deer fawns, a greater one-horned rhino calf, two southern white rhino calves, and a Masai giraffe calf. If you fall in love with the park and want to stay overnight, you should definitely book one of the yurts. They’re pretty epic.
Location: 14000 International Rd, Cumberland, OH 43732
READ MORE: Here’s How You Can Have An Epic Safari Adventure Right Here In Ohio


There is so much to do in Hocking Hills that it’s hard to know where to start. From incredible hiking trails to amazing accomodations, Hocking Hills is one of the most stunning regions in the state of Ohio. The area is a must visit for anyone in Ohio, whether you’re a lifelong resident or just visiting.
Location: 19852 OH-664, Logan, OH 43138
READ MORE: The Best Things To Do In Hocking Hills