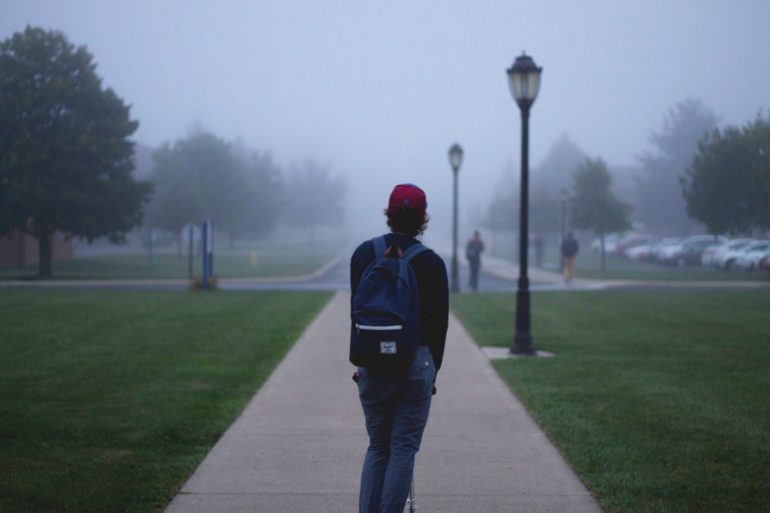 Opinion: We Are Done Dying For Your Right To Own Weapons Of War

My name is Tess, I’m 18 years old and if  I get killed tomorrow I want my little sister to know that I’m doing this for her.

No person should have to consider this. Especially kids. But unfortunately, this is the reality that we have to live with every day. We go to school in fear, and these fears are real.

Following the Marjory Stoneman Douglas high school shooting, my high school was business as usual. I went to class, I listened to lectures, I took notes. But I didn’t learn. I haven’t done any learning since 17 students were brutally shot dead. School has continued for the majority as if we are expected to show up to school without fearing for our lives.

But how can I learn when all I can focus on in class is where I’ll go if a shooter comes into the building? Or how fast I can get to my sister if her elementary school is attacked. I’ve decided it’s three minutes if I’m parked in front of the school and obey no traffic laws.

This is a problem. This is not okay.

The list of school shootings in America is larger than any other country. This violence directly corresponds to our lack of gun control. Countries with stricter gun laws, such as Australia, have a fraction of the school shootings we have. Students are demanding strict gun regulations as a necessary measure to prevent these massacres. It’s time for our legislators to start protecting our lives, instead of their guns. No amount of NRA money is worth the death of a child. Our government exists to protect and care for the citizens of this country. Now is the time for our representatives to stand up and prove that they will not be bought. They have this opportunity now to do what is right and place the value of our lives above the value of their weapons and their money.

The majority of Americans are in favor of stricter gun laws but politicians do nothing. The second amendment states, “A well-regulated militia, being necessary to the security of a free state, the right of the people to keep and bear arms, shall not be infringed.”

The second amendment was originally written in 1791 to give power to state militias (specifically as a giveaway to James Madison as reassurance that southern states would be able to effectively put down slave revolts.). It was not written for individual rights, though it does provide that.  Today, no amount of guns can protect anyone from the U.S. military. This diminished the original purpose of the second amendment. Times are changing and technology is improving.

The guns that were written about in 1791 could fire approximately three shots per minute. This is nowhere close to the powerful automatic and semi-automatic guns that exist today. Modern weaponry was advanced to improve war tactics and military defense. No ordinary citizen has a purpose for such a weapon. The most recent school shootings have been committed by attackers with AR-15 guns. These are weapons of war.

Banning all guns isn’t necessary, but no person needs a weapon of war in their possession. We need strict gun regulations on who, how, and what types of guns people can purchase. Enough is enough.

Most school shooters are students that attend or have previously attended the school and are often kids who suffer through years of isolation and social exclusion from their peers. Kids suffer from social exclusion every day and the older we get the more we notice it.

Most high school students can think about their peers and identify someone who exists outside of the mainstream bubble. Students live with the reality of being able to look at their peers and say, “that kid could be our school shooter.”

School shootings aren’t a small problem to solve. Fashioned similar to a tree, with a variety of contributing elements from the deep-roots to the tips of the branches. They begin with social isolation issues as the roots and end with gun violence and dead children, the branches. This issue needs to be dealt with from both the roots and the branches. Students need to be treated with greater care, and we need a greater awareness of social issues.

Guns must be kept out of our schools. School administrators need to partner with legislators to prevent these tragedies from continuing. The list of problems is daunting. Maybe it even seems insurmountable to those expected to solve them. But not to us.

Students across the country have joined together to take a stand. Student organizers are encouraging their peers to participate in school walkouts. Many have already taken place and more are planned. The Women’s March Youth organization has created a network of schools who will walk out on March 14.

The date commemorates the one month anniversary of the MSD school shooting. The walkout will last approximately 17 minutes, for the 17 lives that were lost in Parkland, and each school has developed individual ways to stand for their rights. I have been working with my peers at Bexley High School to organize our walkout.

On March 24 we will take the streets of Washington DC and our communities across the country to #MarchForOurLives. Sign up at https://t.co/2m7ItdfFjV pic.twitter.com/yokyEdj7Jq

Our administration has told teachers not to participate in the walkout. The Ohio School Board has given school administrators the right to withhold the First Amendment rights of some employees.

Political expression can take away from instructional time, influence students, or cause disruption. But in the case of gun violence in schools, teachers are expected to sacrifice their lives to protect us. How can we expect them to do that if they aren’t allowed to contribute their perspective on protecting their own lives? Students lives aren’t the only ones at stake. When a gun enters a school building, everyone is at risk.

#StudentsStandUp for your right to to speak, to be heard, to be safe, to Live

The survivors of the MSD Parkland shooting have begun to stand up in a fight for their lives, and our lives too. But the adults in power continue to shut them down because they’re “only kids”. Senior at MSD High School, Emma Gonzalez, has spoken out against this. She’s been an inspiration to all of us who want our voices heard in this.

In an article published by Harper’s Bazaar, Emma wrote, “Adults are saying that children are disrespectful. But how can we respect people who don’t respect us? We have always been told that if we see something wrong, we need to speak up; but now that we are, all we’re getting is disrespect from the people who made the rules in the first place. Adults like us when we have strong test scores, but they hate us when we have strong opinions.”

She’s absolutely right. We are children when it’s convenient for them and adults when they need us to be. Now that we are standing up for ourselves, they are trying to shut us down. They don’t want to listen. Emma is a leader, and the rest of us are following to become leaders too. We will make them listen. Young people have been shaping America since the very beginning.

Alexander Hamilton was 19 when he fought in the Revolutionary War, barely older than us. We are the ones dying for the rights of others to own guns. We deserve the right to be heard. I am choosing to be heard. For now, I am one of the lucky ones. My school has been safe, but nothing in the future is guaranteed. This is why I am standing up against those who allow gun violence to torment our schools. For myself, my peers, my little sister- I will not be silenced.

This is our revolution, so watch us rise.