Lazarus’ Santaland Was The Most Magical Christmas Destination In Columbus

When it comes to the holiday season in Columbus, there are few places as iconic as Lazarus.

If you’re over 25 years old and you grew up in Columbus, there’s a good chance that you remember the magic that was Lazarus at Christmas.

The downtown department store was all decked out, with a giant tree of lights on the front and beautiful scenes in the windows. And of course, there was Santa Claus. I loved going to Lazarus at any time of the year as a kid, but Christmas was always extra special.

The Lazarus family was one of the most prominent Columbus families back in the day. Family patriarch Simon Lazarus opened a one-room men’s clothing store in downtown Columbus back in 1851 and by 1870, the mass manufacturing of men’s uniforms for the Civil War had helped the family business expand to civilian clothing.

From the mid-19th century to the mid-20th century, Lazarus was the department store of choice for Columbusites. The store was innovative not only in its products but also in its customer experiences. The store offered both the first escalators and the first air-conditioned store in the United States.

In fact, Lazarus had so much pull that Fred Lazarus Jr. successfully lobbied President Franklin Roosevelt to permanently fix Thanksgiving as the fourth Thursday in November so that stores could have a reliable timeline to start the holiday shopping season. 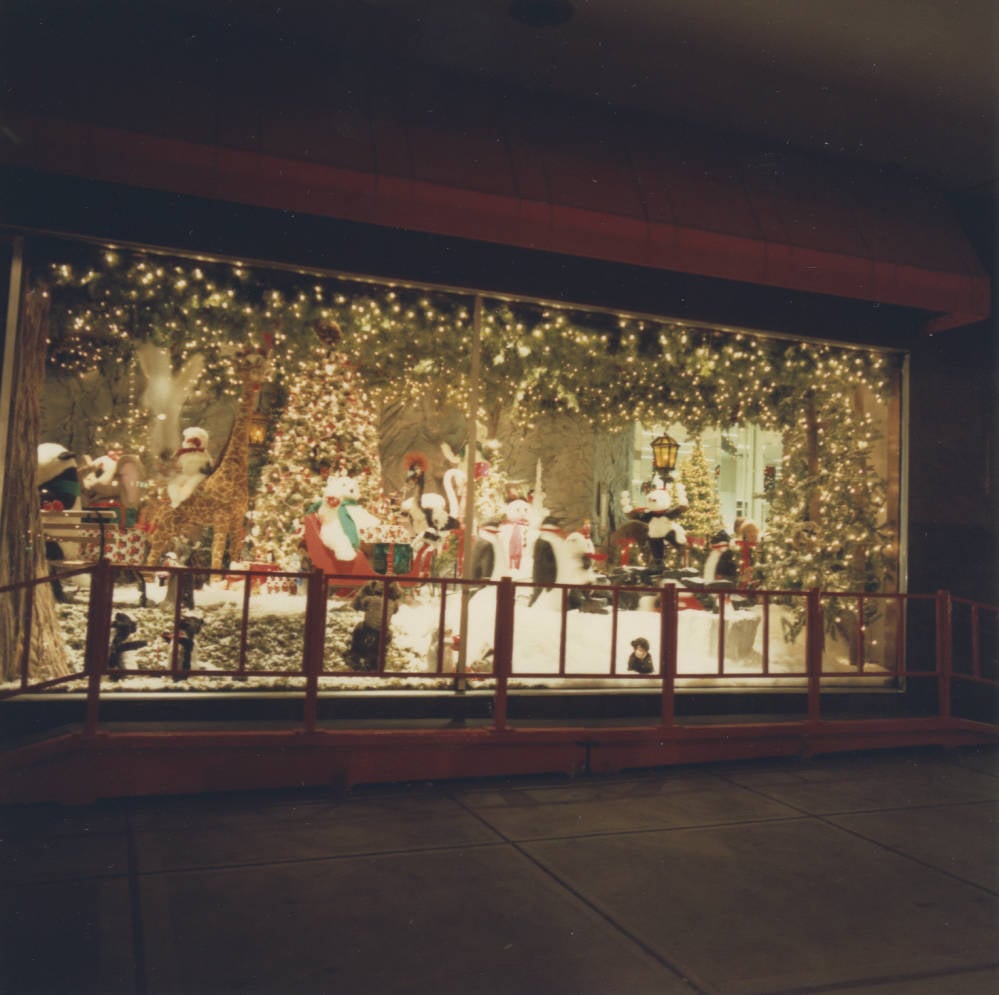 Lazarus closed in 2004, but in its heyday, it was really a one-stop shop. You could grab lunch in the restaurant, visit the library, hear the Lazarus choir sing, and even buy musical instruments.

The part most people remember about Lazarus at Christmas is probably Santaland. Not only could you visit the old, jolly, fellow himself, but you also had to swing by for a quick visit with the Talking Tree.

Lazarus also used to sponsor a Christmas parade through the streets of downtown Columbus.

Years after Santa’s last appearance at the department store, nothing has really managed to capture the magic of Santaland at Lazarus here in Columbus. Luckily, we’ve always got great memories, and the magic of the internet, to help remind us just how magical that place was.

Hit The Road On The Ohio Holiday Lights Trail