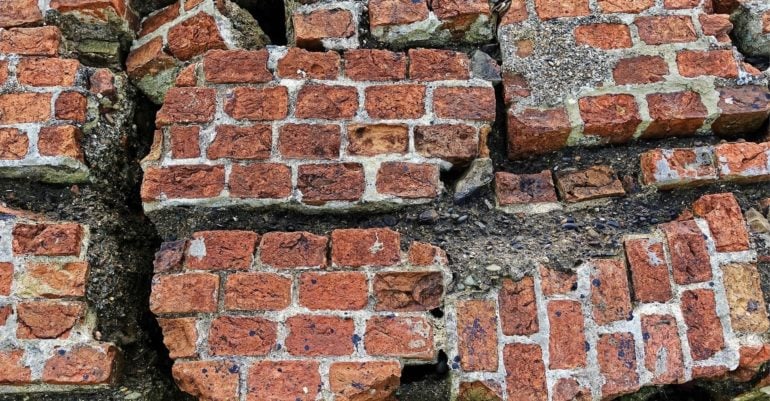 Ohio Seismicity: Could A Relatively ‘Big One’ Strike The Buckeye State?

Ohio is not exactly known for its earthquake threat. Instead, as shown just a few weeks ago on the East Side, a larger worry is in thunderstorms and the occasional tornado they spin up. But are earthquakes a real threat to Columbus and other cities in the region? To answer this question, we have to look at both the historical record, as well as the geology of the state, the Midwest and the East in general.

Ohio actually has a system of seismometers that monitors activity in the state. The Ohio Seismic Network, or OhioSeis, is a somewhat loose collection of volunteer and autonomously-running seismometers that began operations in 1999. (Feel the earth move? You can report it here.) Before that, most activity that occurred within the state was recorded by out-of-state operations. Still, one may question even the need for such a network given that the state only receives about 1 earthquake on average each year, often too small to be felt- typically in the 2.0 range or less. However, there have been damaging earthquakes within the state.

An earthquake on April 9, 1900, near Berea, southwest of Cleveland, caused localized damage.

The strongest earthquake in the state occurred in a 2-part sequence that began on March 2, 1937. At approximately 9:48 AM, the first quake struck near the town of Anna, in Shelby County in the far northern Miami Valley of Western Ohio. There were no seismometers in the state at the time, so the shock was estimated to be in the 5.0 range on the Richter Scale, and also had a Modified Mercalli Scale (MM) rating of V, which translates to “Rather Strong”. Effects listed on the MM scale say:

Felt outside by most… dishes and windows may break and large bells will ring. Vibrations like a train passing close to a house.

The more significant event occurred on March 9, 1937, at 12:45 AM. Again, there is no direct measurement of the size, but estimates range from 5.4 to near 6.0. The MM rating was higher, at up to VII. Called “Very Strong”, a quake with this shaking includes the following:

Indeed, while the first earthquake did little damage, the second brought with it widespread local damage, particularly to Anna, where almost every chimney was damaged or destroyed, cemeteries had tombstones rotate or fall off or their bases, walls and foundations were cracked, altered water and gas well flows and the local school had so much structural damage that it had to be torn down and rebuilt. The quake was felt in a total of 8 states and parts of Canada. Columbus experienced the movement as MM IV.

Almost 50 years later, on January 31, 1986, a magnitude 5.0 hit northeast of Cleveland in Lake Erie. It was felt over 122,000 square miles, caused damage in some communities along the lakeshore and even included 17 injuries. Ironically, there was some discussion at the time about waste disposal wells being the culprit, much like modern fracking wells are today, but there was no definitive conclusion either way.

Smaller earthquakes have occurred in the state as recently as 2016, but none have had damage.
Most geologists and seismologists believe that the likelihood of a quake above 6.0 to be exceedingly low, as Ohio seems to lack major fault systems that could potentially cause such larger quakes. The small system of ancient faults near Anna is thought to be one of the few capable.

Still, Ohio’s earthquake threat is not limited merely to faults or fracking within its own borders. In fact, its greatest threat is well outside of the state, particularly in the infamous New Madrid Seismic Zone of southeast Missouri. The NMSZ was the location of some of the largest earthquakes in US history, particularly east of California.

A long, long time ago, North America tried to split apart due to tectonic plate movement, but the split never quite completed. Instead, the process left a large fault zone under the Mississippi River between Tennessee, Kentucky and Missouri. This fault system has become well-known for one of the most extraordinary earthquake sequences in recorded history.

This sequence began on December 16, 1811, when an estimated 7.5-7.9 quake struck far northeastern Arkansas, followed by an estimated 7.4 aftershock just a few hours later. A second large earthquake, measuring 7.3-7.6, hit on January 23, 1812. The 4th and most powerful in the series hit a few weeks later on February 7th. This quake is estimated to be perhaps an 8.0. These quakes, despite the sparsely populated region at the time, were devastating. The land itself was made unrecognizable, with new lakes and ridges created, giant sand blows occurred along the banks of the Mississippi, and the river itself ran backward for a time as the land was heaved upward in areas.

At least 2 more magnitude 7.0+ earthquakes hit during the series on December 17th and February 7th. Thousands of aftershocks occurred for years afterward, and are thought to have occurred all the way into the 20th Century. All of the 6 main earthquakes and many of the aftershocks were felt in Ohio, including damaging a fledgling Cincinnati.

Because of the nature of the East’s bedrock, seismic waves propagate very easily and keep their intensity for long distances, so much so that the sequence shook cities like Boston and Washington D.C. hard enough to ring their church bells and cause general alarm. In fact, just about every state east of the Continental Divide felt at least one of these quakes.

The probability of a repeat of 1811-1812 is considered extremely unlikely. In fact, most modern evidence supports that the possibility is even less likely than once considered. Still, a relatively high probability remains of at least a 6.5 magnitude occurring. The NMSZ is still active and produced a quake felt in Ohio as recently as 2011.

It was widely felt in Columbus.

All that said, Ohioans probably have little reason to rush out and buy earthquake insurance. They are still far more likely to be affected by flooding or wind damage many times over than they are at having their property or themselves put in danger from an earthquake even once. The best way to be prepared is to simply have a plan in place for any potential natural disaster. Regardless of the type, having an emergency kit and emergency plan can never hurt.